In the Netherlands, the ship Karel Doorman was commissioned

April 28 2015
39
Last week based fleet Den Helder is a part of the Dutch Navy multipurpose ship A 833 Karel Doorman, reports the blog bmpd. 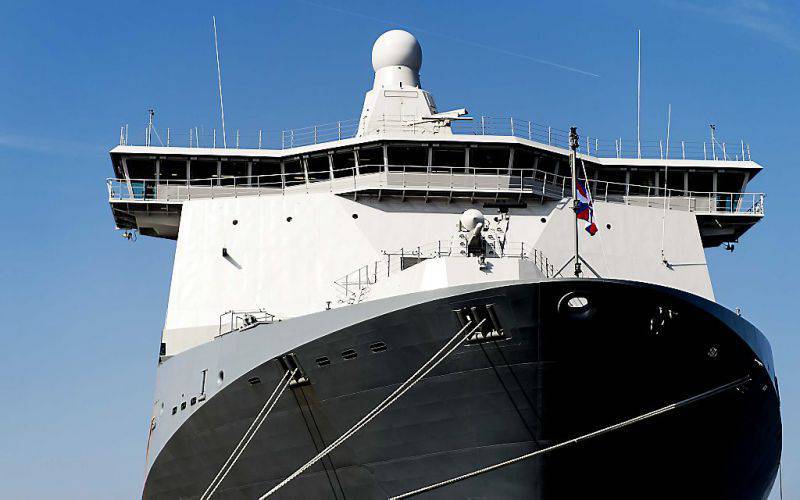 “The ship of the original design with a full displacement of 27800 and length of 204,7 m is officially called Joint Logistiek Ondersteuningsschip (JLOS, also used the English abbreviation JLSS - Joint Logistic Support Ship) and is actually a hybrid of an amphibious transport ship and an integrated supply ship,” resource defensie.nl.

“The ship Karel Doorman is designed to solve a wide range of tasks to support amphibious operations and ensure combat activities of the Navy. It has cargo decks of 1730 sq. M. m for the placement of military and transport equipment (including Tanks Leopard 2A6), an extensive hangar for the permanent basing of six NH90 helicopters or two CH-47 Chinook helicopters, with a flight deck with two runways for heavy helicopters, as well as significant volumes for the transport of goods and fuel - 7700 cubic meters. m. liquid fuel, 1000 cubic meters. m of aviation fuel, 450 tons of water and 400 tons of ammunition and other cargo, ”defensie.nl reports.

There are two regular landing boats and 4 motor boats. Kubrick ship designed for 300 people (including the crew - up to 172 people.). 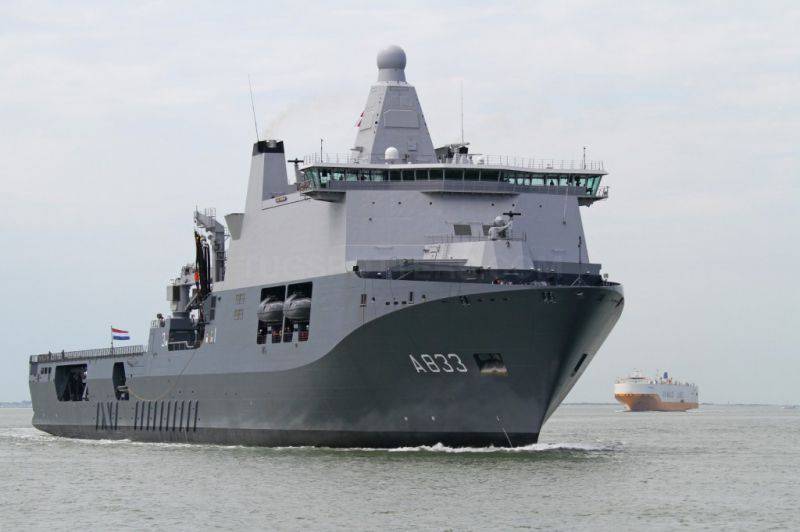 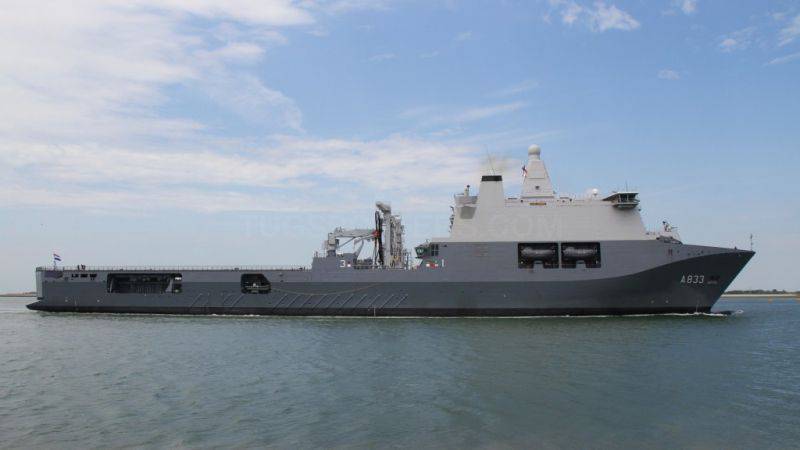 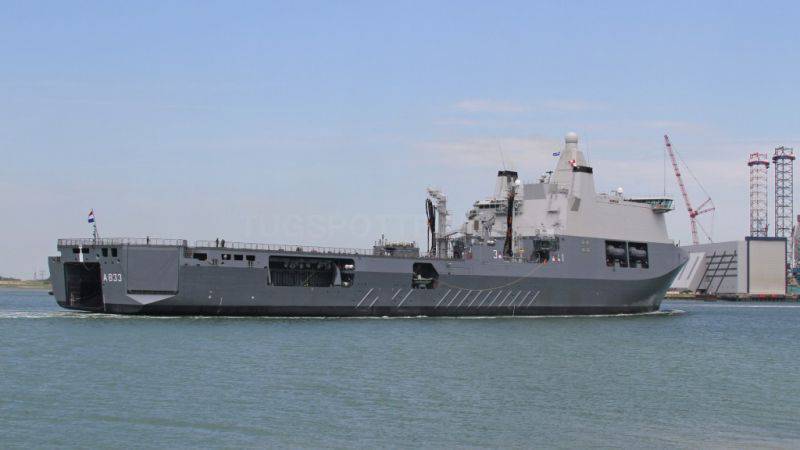 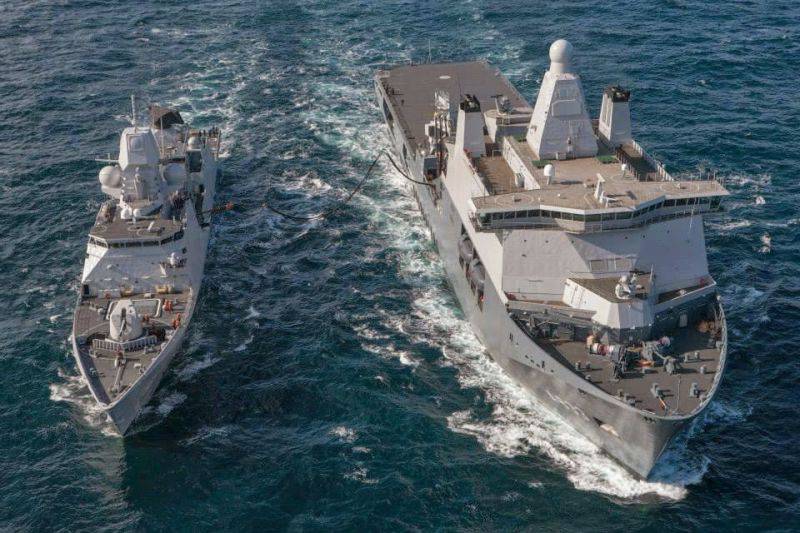 Ctrl Enter
Noticed oshЫbku Highlight text and press. Ctrl + Enter
We are
The action “Military service under the contract is your choice!” In Rostov-on-Don: future contract servicemen, exhibitions and “Russian Knights”Bundeswehr received the first tank Leopard 2A7
Military Reviewin Yandex News
Military Reviewin Google News
39 comments
Information
Dear reader, to leave comments on the publication, you must to register.