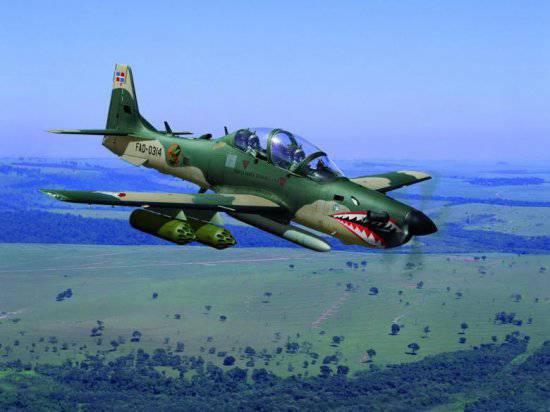 In 2011, the Brazilian authorities were thinking of seriously reducing military spending. At that time, this was due to a number of reasons, including the need to allocate significant funds to eliminate the consequences of natural disasters. And in 2012, Brazil’s defense spending could increase significantly and amount to 34,9 billion dollars (for 2009, military expenditures were equal to 23,9 billion dollars), while funding for the purchase of new weapons and military equipment will be increased by 18%. This program is ready to submit to the government the Brazilian military.


The military believes that the “underfunding of 2011 of the year” already adversely affects the modernization of the Brazilian armed forces, equipment and armaments, and if additional funds are not allocated, Brazil may not be ready to adequately respond to the increased military risks that come from abroad.

It is clear that the government will moderate the appetites of the military, but hardly dramatically, the arms race has firmly entered the life of the planet. Otherwise, Brazil will not be able to modernize the old military equipment. So, according to the analytical report of the Ministry of Defense, up to half of the armament of the aircraft is unsuitable for use (the report was published in the spring of 2011). The worst things are in the Air Force and Navy. Of the 789 pieces of equipment in the Air Force, only 357 are operational, out of 208 fighter aircraft aviation only 85 fighters are combat ready. In the Navy - out of 318 combat units, only 132 are combat-ready, especially the poor situation in the field of naval and carrier-based aviation. In the ground forces of Brazil, up to a third of the equipment is not combat ready.

In addition, ambitious projects for the development of the armed forces are outlined:

- This is a project of its Embraer KC-390 military transport aircraft. By the middle of 2012, Embraer must complete the project feasibility study phase and approve the final PTS configuration. The first flight of the prototype should take place in the 2014 year. This program was launched by the Brazilian Air Force in April 2009 of the year, and in July 2010, the Air Force signed an agreement to purchase this type of 28 BTC (among them, tankers). A few more countries are also ready to buy these planes, among them Argentina, Colombia, Chile, the Czech Republic, and Portugal. This aircraft should replace the Lockheed Martin C-130 aircraft. In the long term, Embraer plans to build a commercial version of a cargo plane based on KS-390, which can be launched into production in Brazil after 2018.

- As part of the H-XBR project, the licensed assembly of the 50 EC725 Cougar multipurpose helicopters, they are built under a license from Eurocopter.

- In 2001, the FX program announced a tender for the purchase of a batch of multi-purpose fighters, but was not implemented. In 2008, the tender was renewed as F-X2 and again suspended in 2010. Participants in the Brazilian competition at different stages were the French fighter Dassault Rafale, the Swedish Saab JAS 39 Gripen NG, the pan-European Eurofighter Typhoon, the American Boeing F / A-18E / F Super Hornet, the Russian Su-35. In the spring of 2011, it was reported that the competition would be resumed as F-X3. Brazil wants to get 36 multifunctional fighters and the ability to build on its territory before the 84 aircraft. As well as spare parts, radar with AFAR, short-range and medium-range air-to-air missiles, guided bombs, aircraft support for 10 years. The contract amount may be 6-12 billion dollars. For the Brazilian Armed Forces, this is a very important program, since the Air Force is in great need of new fighters.

- Design and commissioning of a new satellite communication system SISCOMIS.

- In 2010, a plan was announced to create a new underwater fleet Brazil, out of 21 submarines. 20 submarines should be diesel - 15 new and 5 repaired. The French will help in this: so 4 submarines of the first series will be a modification of the French Scorpene submarine. Following this program, Brazil’s submarine fleet will become the strongest in South America. One submarine will be nuclear, laying the foundation for future Brazilian nuclear submarines. The nuclear submarine is planned to be built before 2021.

- A tender has been announced for the supply of 11 frigates for the Brazilian Navy, its value is 3,1 billion euros. It was attended by Spain, Italy, France, UK, Germany, South Korea. The Spanish shipbuilding corporation Navantia at the last exhibition of weapons LAAD-2011 offered the Brazilian Navy frigates of the F-100 class Álvaro de Bazan, equipped with the multi-functional combat system AEGIS. Under the terms of the tender announced by Brazil, the country must receive technology and build part of the ships in Brazilian shipyards. 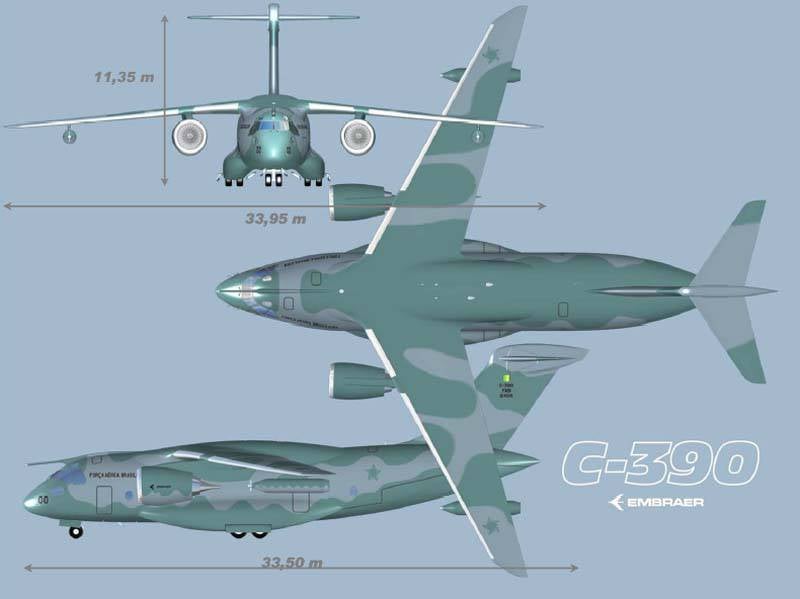 Naturally, the Brazilian military did not say directly who they feared. They point to the need to create a mobile army (the Brazilian Armed Forces with more than 300 thousand people, are the largest in South America), which will be able in the shortest possible time to reflect any challenges from a potential enemy.

Venezuela is currently not an adversary of Brazil: firstly, the “weight categories” are too different (power of the economy, population, etc.), secondly, Hugo Chavez has enough problems with Colombia, the machinations of the United States. Therefore, both countries develop mutually beneficial cooperation.

Apparently, the answer is that Brazil plans to become one of the independent centers of power in the world. And for this we need powerful armed forces. Gone are the days when the United States fully determined the course of Brazilian foreign policy. Although they are not going to quarrel with Washington in Brazil. A strong army and navy is needed to defend the shelves, the huge reserves of fresh water and other natural resources of this large country.

The United States and the West are gradually beginning to increase attention to South America and Brazil, which have become too independent. Like Russian Siberia, the Amazon Basin is increasingly called the “World Heritage” - these are “light planets” with huge evergreen massifs and the huge Amazon River, which throws about 15-20% of all fresh water received by the World Ocean into the Atlantic Ocean. Given the global problem of water, this is a very valuable asset.

Western human rights organizations regularly raise the issue of "destroying the living environment of the Indians." In Brazil, this is regarded as Indian separatism supported by the West. In addition, the Brazilian authorities blame the poor fight against drug trafficking. The Brazilian territory is used by the Colombian mafia as a way to transport cocaine to Europe. Some European politicians agreed to the point that they reported the possibility of landing a “limited contingent” of peacekeeping forces in the Brazilian regions bordering on Colombia.

In Brazil, they fear that the US intelligence services may revive old territorial disputes with their neighbors. 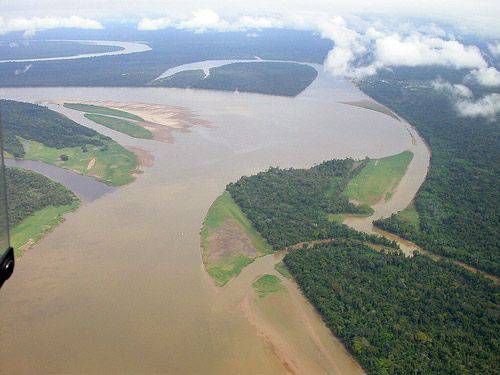 Ctrl Enter
Noticed oshЫbku Highlight text and press. Ctrl + Enter
We are
How Brazil gained its independenceResults of the week. “But is it not enough in Pedro in Brazil ?! And do not count! "
16 comments
Information
Dear reader, to leave comments on the publication, you must to register.