Rogozin: Russia asks not to park a NATO tank at its entrance 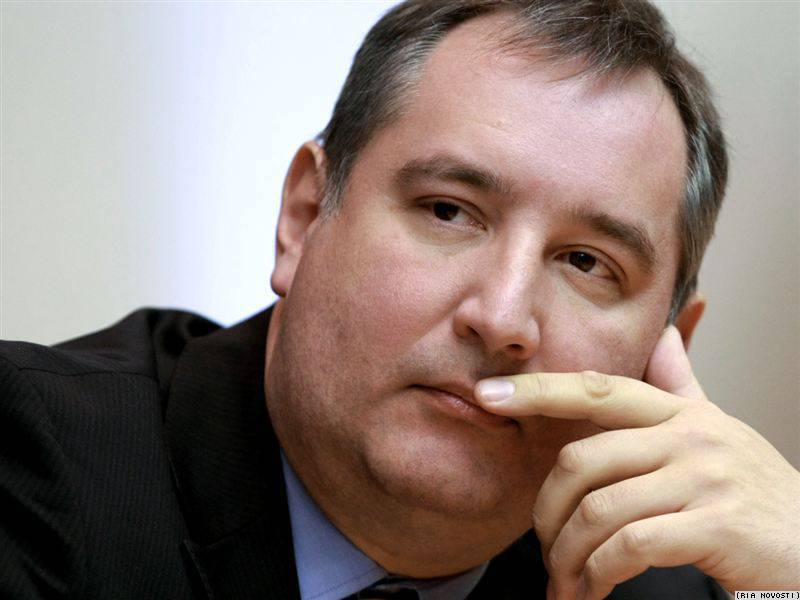 Russia is negotiating on the diplomatic, political and military lines to bring its concerns to the US and NATO over the deployment of European missile defense, but if the “point of no return” is passed, Moscow will have to give an adequate military-technical response to this challenge, said on Tuesday Russia's Permanent Representative to NATO Dmitry Rogozin.


“We pay attention to the fact that there are certain limits for everything and there is a definite red line, there is a point of no return at these negotiations. When these plans are already being implemented in the metal, when all legally binding agreements within NATO regarding the deployment of this system will be made, and Russian objective concerns will be ignored, then diplomats will be able to assume that their work is finished, ”Rogozin said yesterday meeting of the NATO defense ministers in Brussels, Interfax reports.

Then, he explained, "the scientists will start the work, who will have to create such opportunities for the Russian Federation, which, in turn, will allow it to neglect any attempts to nullify its strategic balance."

“This neglect should be associated with a possible military-technical response, which has been repeatedly mentioned by the political and military leadership of Russia. We directly warn our partners about this and draw their attention to the fact that the meter has long been turned on, very little time remains, ”Rogozin warned.

He stressed that the military-technical response would be a forced step for Russia.

“We are not the project initiators. We didn’t create such a time pressure situation in the negotiations, and if our American colleagues in NATO didn’t take the necessary actions in the remaining time that would give Russia a real sense of their own security, the situation would develop according to a scenario that would be undesirable for all of us. At least in the part that affects the Lisbon agreement on missile defense. They will remain only on paper, ”the permanent representative said.

He was not surprised, however, by NATO’s intentions to announce at the Chicago summit in 2012 about the interim readiness of the European missile defense system. “We have long said that EuroPRO architects act regardless of what scientists are saying on this issue, which is said by Moscow, which categorically objects to certain aspects of the development of this program, especially at the third or fourth stage,” the permanent representative explained.

“These plans are being implemented in full in the time frame that has already been developed at the Pentagon, despite the fact that among the Europeans themselves there are a lot of questions to the final look of the European missile defense system. Therefore, the role of NATO defense ministers here is more reminiscent of the role of extras, invited to provide voting and applause for the design, which is urgently constructed by American "Proshniki", - he said.

According to him, this is all done “without regard to Moscow.” “And in vain, because if we are not considered in determining the final contour of this system, then we ask you not to be offended if they may not like our answer,” Rogozin said.

“We simply ask not to park the NATO tank at our entrance. This is the only thing we ask. For this, there are special boxes at military bases, ”said the head of the Russian mission to NATO.

“In other words: there are certain configurations of missile defense, primarily in northern Europe, including those related to the refusal of the United States to limit its deployment fleet in the northern seas, as well as in the Black Sea, which cannot be accepted by the Russian Federation under any circumstances. And even paper certifications in this regard do not work, because we need an invoice. The texture is the logical limitations of this system, which should bring it in line with real or future missile risks coming from the southern direction, ”the permanent representative noted.

He pointed out that the meeting of NATO defense ministers of NATO member states 5 – 6 in October “essentially does not imply serious discussions on the first or second phases of the US plan to deploy missile defense infrastructure”.

“And this is for the simple reason that Europeans generally behave somewhat maladly in this direction, preferring to give Americans absolute freedom of hands and not paying attention to the alarming signals that even the Western expert community is already giving on this issue, claiming that the infrastructure is more like a means of attack than a means of defense, ”the Russian diplomat said.

- NATO will never make concessions to Russia. After all, who of their own free will will go to the deterioration of their positions? But to try to put forward initiatives to strengthen the role of Russia in the Council is, of course, necessary. A drop wears away a stone, and it is necessary to regularly persevere in this matter, to wag nerves, otherwise we will not achieve any equality.

We will most likely be able to get some concession on the issue of interest to us. They will say: “Nate, choke!”. But even such a submission for us will undoubtedly be important. This is normal diplomatic practice.

Remember the slogan of the Parisian factions, who rebelled against Charles de Gaulle: "Be realistic, demand the impossible!" And also: "Ask out of the blue - get as much as you need." So, the more questions you ask, the more likely it is that Russia will get answers and concessions from NATO.

NATO viewed and treats us as enemies. But what would theoretically be the most suited for NATO (our complete disarmament and the renunciation of nuclear weapons), the alliance does not see even in their wildest dreams, knowing that we will not accept this.

Now the conversation is about the countries of the alliance to stop us being considered opponents and treat us at least as potential allies. But for now this is a purely theoretical conversation. As for tactical situational improvements, concessions and mutual agreements, all this was and will be in any case, regardless of whether we are allies or enemies. Another thing is that it is not necessary to treat the alliance too trustingly. We remember very well how we were “thrown” with the expansion of NATO to the east, and this lesson must always be remembered when making any decisions on interaction with NATO and the spheres of NATO. It is impossible to believe in the countries of the alliance, they can “throw” easily, which they did more than once. So without thinking, they will do it again.

Russia and NATO are potential adversaries who do not want to become enemies, therefore they are engaged in a dialogue between themselves. The dialogue is kind of forced, based on mutual distrust, but in this situation there can be nothing else.

Alexander Khramchikhin, head of the analytical department of the Institute for Political and Military Analysis:

- Equality in decision-making within the Russia-NATO Council will be possible only if Russia has one vote, and one - from NATO. Now every member of NATO in this Council has a separate vote. We, as a non-NATO country, cannot now impose our own rules on the alliance, and it would be strange to expect the opposite.

In my opinion, this Council is not needed by any of its members. And no practical issues are solved at its meetings anyway. At the same time, NATO will not make concessions, which I mentioned above.

As for the problem of evroPRO, in my opinion, it does not exist, it was invented and inflated. She is bloated to a completely abnormal degree, although she is nothing. At least, in no way does it affect Russia's security issues. The problem of trust remains a key issue in relations between Russia and NATO. But working on an absolutely fictitious problem, which is missile defense, is unlikely to contribute to building trust between Council members. Of course, I repeat, everything is possible, but since all this missile defense system is a grandiose fiction aimed at solving specific American tasks, it is unlikely that we will achieve trust precisely because we have nothing to do with it.

The development of trust between Russia and NATO is also not conducive to the teachings that Dmitry Rogozin praised. Joint military exercises are held for a long time, but at the same time they make little difference. After all, all these teachings are decorative, they work out "herbivorous" scenarios for helping humanitarian or natural disasters. But what all this has to do with the armed forces - I do not understand.

In fact, Russia and NATO, both sides need to get rid of psychological complexes. This will certainly contribute to the growth of confidence, but none of the parties is going to deal with these complexes. On the contrary, both sides incite these complexes in themselves with new force again and again. The problem of missile defense is just one of the manifestations of this phenomenon. The complex pathological fear of each other - the most dangerous. Russia always sees a threat from NATO, although it is clear that this threat does not exist. Similarly, the eastern part of NATO sees a direct military threat from Russia, although it is also clear that this is not the case. Until the parties overcome these complexes, there will be no trust.

We are in Yandex Zen
Global missile defense becomes a leaky umbrella
Has Russia received a chance and a time for former greatness?
18 comments
Information
Dear reader, to leave comments on the publication, you must to register.