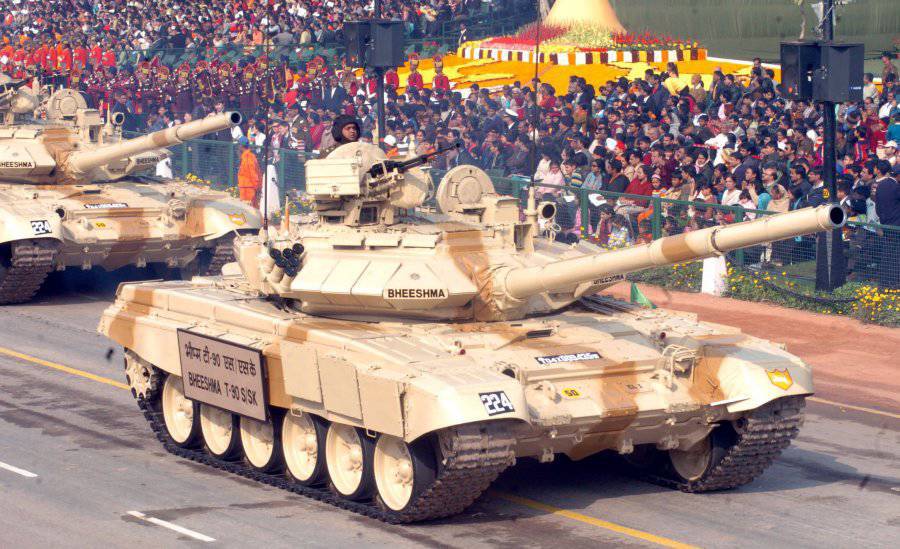 The reason for the relative decline of the Russian presence in the Indian arms market, unsuccessful participation in the largest destructive tender worth about $ 10 billion are not only external, but also internal Russian factors, said Konstantin Makienko, deputy director of the Center for Analysis of Strategies and Technologies.


“Unfortunately, Russian exporters are contributing to the formation of a negative image of Russian products on the Indian market. First of all, it concerns frequent disruptions in terms of fulfillment of contractual obligations and unsatisfactory after-sales service, ”K. Makienko told Interfax-AVN on Tuesday.

The latest example of this kind, he said, was the postponement of the second batch of Talwar-class frigates and the delay in leasing a multi-purpose nuclear submarine of the 971 project. “Overcoming these negative trends is an absolute imperative for further positive Russian-Indian military-technical cooperation,” said K. Makienko.

Among external factors, he called the rapid growth of India’s financial capacity and the improvement of the quality of its human potential, including military personnel, which leads to a gradual transition of Indian demand from the middle price and technology segment, dominated by Russia, to a higher price and quality niche. where western positions are stronger.

According to K. Makienko, conflicting trends have been observed in relations with India in the field of military-technical cooperation in recent years. On the one hand, this country has been the largest buyer of Russian weapons and military equipment for about five years. Presumably, in the 2005-2006 years, the Indians took a leading position in terms of the volume of newly signed contracts, and in 2007, they were ahead of China in terms of the cost of transfers.

K. Makienko noted that as of the beginning of 2011, India accounted for about a third of the order portfolio of Russian arms exporters, or about $ 12 billion. Major military-technical projects are still underway - re-equipment and modernization of the Vikramaditya aircraft carrier, delivery and licensed production of fighters Su-30MKI, deliveries of deck fighters MiG-29K, multi-purpose helicopters Mi-17В5, construction of three frigates of the project 11356М.

“Moreover, India has so far become the only country in relations with which Russia has moved from the trade paradigm of cooperation to a cooperative model of relations, within the framework of which joint military-industrial projects are being implemented on the basis of the principle of risk-divided partnership. The most important of these projects is the joint development program of the fifth generation FGFA fighter and the creation of a heavy long-range supersonic anti-ship missile BrahMos, as well as the stagnating, but nevertheless, formally implemented program of the MTA medium military transport aircraft, ”said the expert.

He noted that these projects became possible thanks to the colossal tradition of bilateral military-technical relations, which have been in existence for more than half a century, as well as the phenomenal harmony of Russian-Indian military-political interests. In a competitive world, Russia is interested in maximally military, economic, technological strengthening of India and is ready to transfer or jointly with Delhi to develop such technologies, the source of which will not be any other country in the world.

“In this sense, the development of cooperation in the field of multi-purpose nuclear submarines seems very promising. As well as assisting India in improving the quality of its various-based ballistic missiles. At the same time, the initiation of cooperation in strategic areas should be conditioned by the placement of new Indian contracts in the field of conventional weapons, ”said K. Makienko.

On the other hand, according to him, India is consistently pursuing a course to diversify sources of weapons and technology, as a result of which Russia's share in the Indian market is gradually decreasing.

“In fact, it was the Europeans, the Israelis, and more recently the United States, and not Russia, who benefited from the rapid growth in the capacity of the Indian arms market. Particularly alarming should be recognized by the Russians losing their positions in the air defense sector in favor of the Israelis and in the military transport segment aviation in favor of the United States, as well as the fact that the Russian MiG-35 did not qualify for the final $ 10 billion MMRCA tender, ”K. Makienko said.

We are in Yandex Zen
American Gulag as the newest form of capitalism
Conflicting Trends, India - Russia
6 comments
Information
Dear reader, to leave comments on the publication, you must to register.