In the DPR, Motorola was congratulated on the birth of a daughter 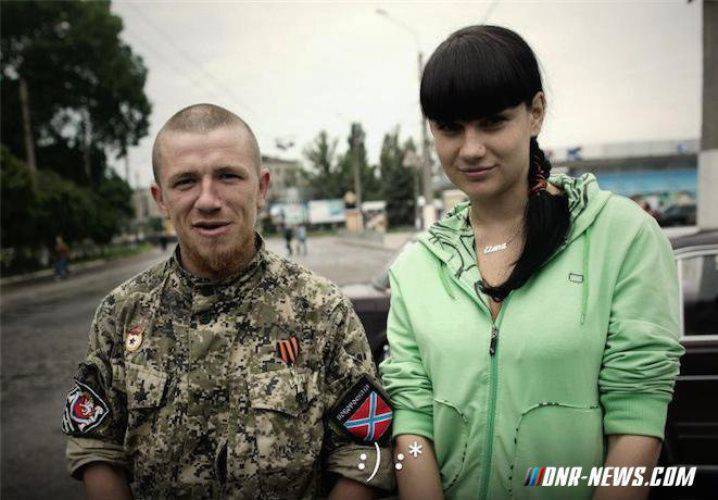 “The 31-year-old commander of the militia squad met the 21-year-old girl (Kolenkina) last spring in the village of Semenovka, near Slavyansk. Then there were fierce battles. Helen was seriously injured, and “Motorola” saved her on the ruins. That is how love was born during the war. ”- recalls the publication.

And in the summer, July 12, young people played a famous wedding in the frontline mercilessly fired upon Donetsk. Pavel Gubarev and Igor Strelkov congratulated the happy couple of militia leaders. The newlyweds were handed a marriage certificate number 0001, made on the letterhead of the Donetsk Republic.