April 22 2015
71
The Japanese authorities, catching the trend spreading from the territory of the “progressive” Western countries, said that this year they could abandon the traditional repentance for aggression during the Second World War. This, in particular, was announced by Japanese Prime Minister Shinzo Abe. According to him, the speech will be delivered, but there will be no words about Japanese aggression and the desire for colonialism. 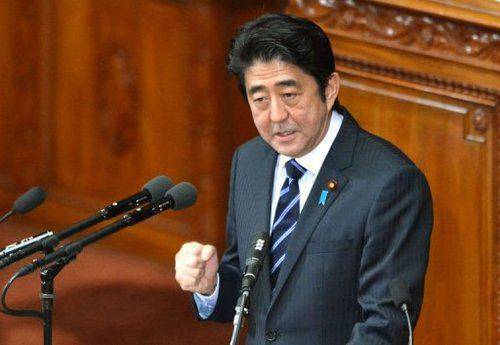 Shinzo Abe:
We have already repented many times. I do not see the need to do it again and again. In the traditional speech, dedicated to the anniversary of the end of the Second World War, the words “aggression” and “colonial domination” will not exist, there will be my new words.

It should be noted that for the first time the above-mentioned terms sounded on 15 August 1995 of the year - on the 50-th anniversary of the recognition by the Japanese emperor of defeat in WWII. 20 years ago, this formulation was used by Premier Tomiichi Murayama. On the 60 anniversary of the end of the war, Prime Minister Junichiro Koizumi used these words.

In addition to statements in the “stop repenting” style, the Japanese authorities once again visited the Yasukuni temple, which is the burial place of the Japanese war criminals of the Second World War era. Japanese Prime Minister Abe made offerings to the temple, which caused outrage among China and Korea, who suffered most from Japanese aggression more than 70 years ago.
Military Reviewin Yandex News
Military Reviewin Yandex Zen
71 comment
Ad