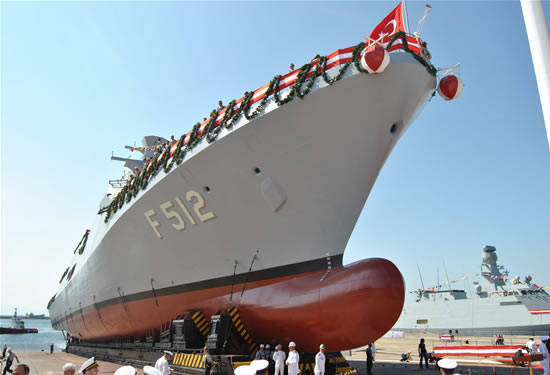 Interesting news comes from Turkey. It seems that this country slowly began to revive the former fleet. The Ottoman Empire at one time had a powerful navy and was famous for it to the whole world, but by the end of the XIX century the shipbuilding of the country began to go through difficult times. It even went so far that more or less “serious” ships either had to be built together with foreign partners, or even bought abroad altogether.

In 1996, it was decided to take a number of measures to reduce Turkish dependence fleet from third countries. The project was called MILGEM. In the course of its implementation, it was planned, on the basis of cooperation with foreign shipbuilders and existing experience, to create a warship project that meets modern requirements. Also, it was mandatory to take into account the capabilities of Turkish shipyards in order not only to develop, but also build ships at home. In addition, all armament of new ships should also be made in Turkey.

They decided to start the program with the development and construction of the corvette. Various works on MILGEM - determining the appearance of the required ship, studying the prospects of available technologies, creating a draft design, etc. - started almost immediately after the start of the program. However, the final stage of the development of the new corvette began only in 2004. 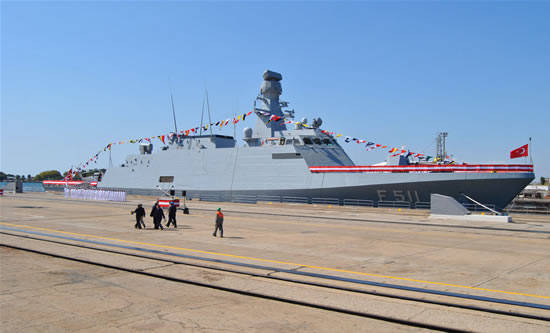 According to the technical requirements, the new corvette is intended to patrol the territorial waters of Turkey with the ability to attack surface and underwater targets. Of course, the technical specification also provides for air defense systems. Also, the ships of the new project should have been able to protect coastal facilities from all types of threats. Obeying the "fashion" of the last years, the corvette should have reduced radar visibility.

As a result, by the end of 2006, the final design of the Ada class corvette was prepared, and 22 of January of the following year, the laying of the first ship of the series took place at the Istanbul Naval Shipyard. The firstborn received the name F 511 Heybeliada - after the name of a small island in the Sea of ​​Marmara. In September, 2008 “Heybeliada” was launched, and on the same day the second corvette of the series was laid - F 512 Büyükada (Buyukada is also an island). The entire series of ships will receive the names of the Turkish islands.

Exactly three years after the launch, the ship Heybeliada officially entered the Turkish Navy. The second corvette was launched on the day of the ceremony for the commissioning of "Heybeliada" - 27 this September. 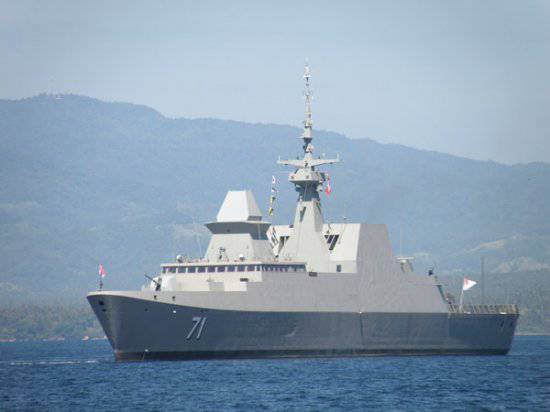 Almost immediately after the end of the solemn ceremony for the transfer of the F511 Heybeliada fleet, this ship went on the first voyage. Together with several other ships of the Turkish Navy, “Heybeliada” went to the area of ​​Cyprus, where the connection should accompany the research vessel K. Piri Reis. The task of the latter is the exploration of gas deposits on the seabed in disputed areas.

It is planned to build a 8 corvette project "Ada". Later on their base a new class of ships will be created - the F-100 frigates. However, the “hundredths” will appear no earlier than 2018-19 of the year, although the exact dates have not yet been established. In total, Turkey will receive 12 ships built under the MILGEN program. But this is only Turkey. Indonesia has already ordered two Ada corvettes and negotiations are underway with Egypt. Whether there will be more customers is still unknown, but it can be assumed that they will definitely exist. Now there is a certain “fashion” for corvettes, frigates, patrol boats and other small warships. This trend can even be compared with the spread of battleships at the beginning of the last century.

When the first drawings and photographs of the corvettes "Hell" appeared, a number of experts noted that the Turkish creation is very similar to the German ships of the MEKO family, especially their 100 series. Perhaps Turkish engineers decided to use foreign experience in this form. 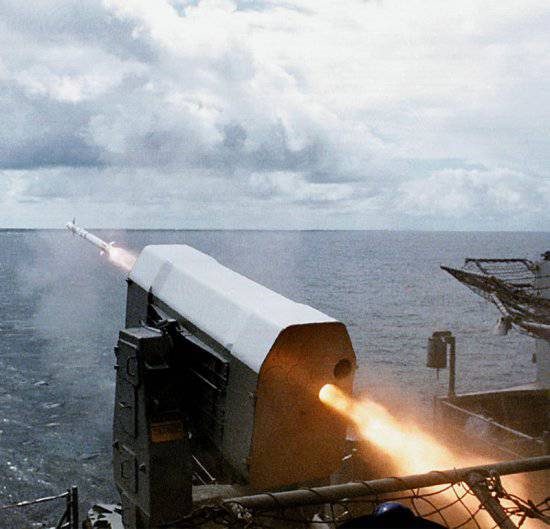 Combined propulsion system, CODAG system. Those. it includes both diesel and gas turbine engines. Working together, the engines develop power up to the 40800 HP. and accelerate the ship to 29 nodes. With more economical engine operating modes, the ship has a cruising range of up to 3,5 thousand nautical miles. The autonomy of swimming "Ada" - about three weeks. The crew of the early ships of the program MILGEN - 93 man.

Armament "Heybeliada" and its "sistership" has in its composition three barrel armament: one artillery caliber 76 mm and two large-caliber (12,7 mm) machine gun Alesan.

Protection of the ship from air targets is designed to implement the Mk-41VLS SAM. Ammunition - 21 rocket.

For the attack of surface targets, the Ada corvettes have eight Harpoon anti-ship missiles and two built-in torpedo tubes of caliber 324 mm each.