April 21 2015
15
The head of the main production of the Progress Rocket and Space Center, Vadim Neboga, told reporters that the center is starting to deliver the first equipment for launching rockets to the launch pad of the Vostochny cosmodrome under construction. The representative of the Samara RCC "Progress" quoted by the news agency TASS:

Today we have the first supply of equipment to the launch complex. We plan that all equipment until the end of May will be sent to the cosmodrome for installation and commissioning. 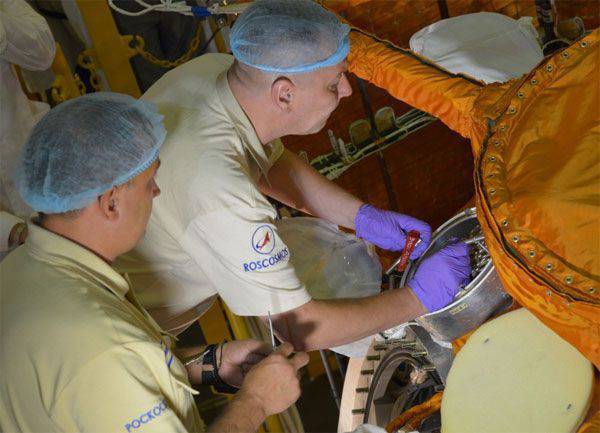 According to the management of the RCC Progress, the equipment was prepared for shipment to the Amur Region about two months ago, but the launch pad was not yet properly rebuilt. Frankly speaking, it should still not be rebuilt, but for the initial stage of installation of the corresponding equipment there are still opportunities.

TASS quotes the words of the head of the Progress Rocket and Space Center Sergei Sokratov:
Total RCC will send this year to the "Vostochny" 69 various systems consisting of tens of thousands of individual devices and components. 23 systems from 69 are designed for the launch complex. All equipment is ready, a schedule of delivery has been drawn up.

According to Sokratov, other enterprises should deliver their equipment to Vostochny. This is about a third of the volumes scheduled to be delivered from Progress RCC.

Meanwhile, during the construction of the cosmodrome, about 1,6 thousand violations of labor legislation were revealed. Economic violations were also revealed during the construction of the city of Tsiolkovsky, which will become a city located in the immediate vicinity of the cosmodrome. According to the Deputy Prime Minister Dmitry Rogozin, there are still no standards for the maximum possible cost per square meter of housing. This can lead to overstatements and other risks of corruption.
Military Reviewin Yandex News
Military Reviewin Yandex Zen
15 comments
Ad