April 17 2015
13
Military, experts and scientists from more than 70 countries participated in the IV Moscow Security Conference, which opened in the Russian capital yesterday, reports Rossiyskaya Gazeta. 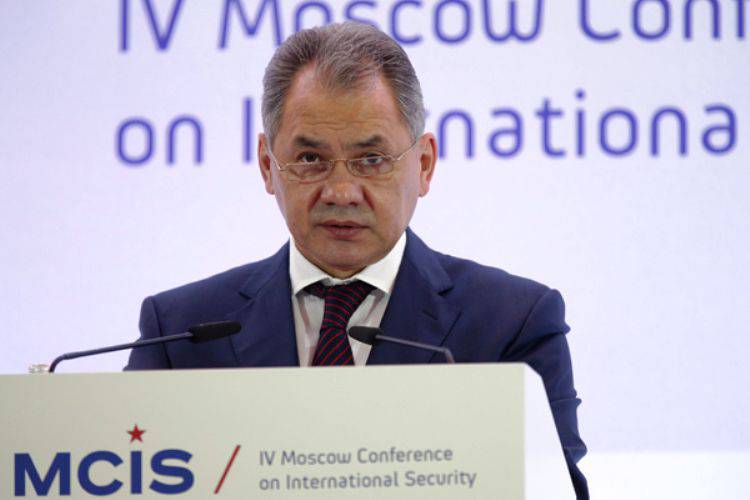 The main topic of discussion is “threats to global security and possible ways to cooperate in countering them”.

At the conference, the appeal of Vladimir Putin was read, which stated that “the system of international security that had developed after World War II was based not only on the balance of military forces, but also on respect for the partner, taking into account mutual interests.”

“Departure from these rules, their erosion leads to the fact that the collective search for ways to respond to global threats and risks is replaced by the imposition of one-sided, non-viable recipes,” Putin’s address emphasized. “And gross interference in the internal affairs of sovereign states, playing out various scenarios of color revolutions only expands the space of violence and chaos.” An example of the growth of extremism is the emergence of the "Islamic State".

The President also recalled the threats that bear "the glorification of fascism, the claim to world domination, the promotion of xenophobia and extremism", and remember the lessons stories "Especially important on the eve of the 70 anniversary of the Victory in the Great Patriotic War."

Sergey Shoigu paid much attention to the basic principle of equal and indivisible security in his speech. He believes that "the interests of regional players should be put at the forefront, and not the ambitions of those who view the world through the prism of their own exclusivity." According to the minister, “the majority of modern crises can be settled by political and diplomatic methods, as confirmed by the successful elimination of chemical weapons in Syria and Iran’s nuclear program agreements. ”

However, the role that Russia played in these processes "obviously" strained "some of the Western politicians who used the crisis in Ukraine, the referendum in the Crimea and the return of the peninsula to the Russian Federation to accuse our country of violating international law." In response to criticism from the West, Shoigu recalled the role of the United States and NATO in the Yugoslav events in the events in Iraq and Libya.

The phenomenon of "color revolutions" continues to evolve and is becoming global. We warned about this at the last Moscow conference, ”Shoigu recalled. - Attempts to organize the so-called umbrella revolution in Hong Kong, loosening of the situation in Venezuela are all links in the same chain. And, of course, the biggest tragedy in the series of “color revolutions” is Ukraine. ”

Shoigu believes: “in an effort to draw Kiev into its orbit, the United States and its closest allies went over all imaginable“ features ”. As a result of the unconstitutional change of government, the country was plunged into civil war. And this could not but cause the reaction of Russia. ”

“At the same time, Washington and its allies are trying to increase their influence in the post-Soviet space. They use all means for this - from the promise of profitable investments to military technical assistance. Unfortunately, the ideas put forward by our country - to conclude a European Security Treaty and create a non-strategic ABM system on the continent - have not yet found support in the Old World. Instead, Russia continues to impose obsolete schemes, including those under the Treaty on Conventional Armed Forces in Europe, ”he continued.

Moscow perfectly understands who the European missile defense system is directed against - against Russia.

“If the implementation of the global missile defense program will continue without any adjustments even in the conditions of progress in the negotiations on the Iranian nuclear program, and NATO representatives have already said this, then the motivations for building a missile defense system in Europe will become obvious to everyone,” said Sergei Lavrov. - Nevertheless, Russia is still ready to cooperate with all interested states. And he has no doubt that attempts to isolate us, “punish” for an independent policy, are doomed to failure. ”

Chief of the General Staff Valery Gerasimov told about the scale of the real terrorist threat.

“If in 60-70 years of the last century, the number of various extremist organizations worldwide was, according to various estimates, about 2 thousand people, then in 80-ies this figure increased to 50 thousand, and today it has exceeded 150 thousand. A huge number of militants are now fighting on the side of the "Islamic state", "he said.

“It’s not worth explaining that, having received ideological training and combat experience, these people, returning to their homeland, are spreading a terrorist threat practically all over the world,” Gerasimov said.