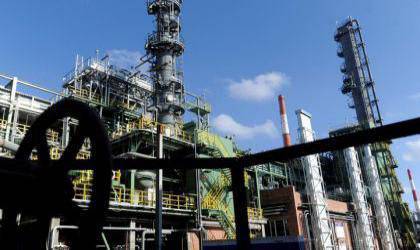 Europeans have less and less time to start creating the infrastructure necessary for receiving and transit of Russian gas flowing through Turkey. As Alexey Miller, Chairman of the Board of Gazprom, reminded at the Valdai Club meeting, the Russian side will not renew the existing gas transit contract through Ukraine after 2019. Moreover, Moscow will not coordinate the new infrastructure of Russian gas supplies to Europe with the EU leadership. Consequently, European countries should determine their priorities in the energy sector.

And the choice here is not very large. According to a study published recently by experts from the British company BP, in the next 20 years, Europe’s dependence on gas imports will increase from the current 50% to 71%. And this will happen in a situation of a decline in production at European fields and a reduction in supplies from Algeria and from other external sources. As for the deliveries of liquefied gas to Europe, at best they can only compensate for the decline in gas production on the continent, which could be on the order of 2020% by 30. At the same time, the share of Russian gas in European imports will at least remain at the current level (32-33%), BP experts predict.

An important factor is the growing pessimism of investors regarding the construction and filling of the two competitors of the Russian Turkish Stream project - the Trans-Anatolian (TANAP) and Trans-Adriatic (TAP) gas pipelines. Turkish Energy Minister Taner Yildiz has already made it clear that Ankara may sell its stake in TANAP.

Experts of the Brookings Institute in Washington come to similar conclusions. The report prepared by them states that “Russian natural gas will be very competitive in Europe,” at least until 2030. “In general, the analysis shows that there is no transformation of the structure of the fuel balance of Europe. We believe that the share of Russian gas in the European fuel balance will be significant, ”said Tim Boersma, analyst at the Brookings Institute. As the Austrian newspaper Die Presse learned, the Brookings Institute calculated several scenarios for the development of European gas imports from Russia up to the 2040 year. And none of them indicates a possible reduction in the share of Russian gas in the supply of Europe.

It should also be emphasized that all these calculations do not take into account the exacerbation of the situation in the Middle East, which is already making significant adjustments to the dynamics of the oil and gas markets and forcing consumers to calculate the possibility of reducing the supply from Saudi Arabia, Iraq and Qatar. “It may well be that there is a discrepancy between what is expected from the market and how the political realities are shaping up. They, as a rule, do not coincide, ”experts of the Brookings Institute admit.

“We will start building the Turkish Stream as soon as we get all the approvals. We do not need to discuss it with our European colleagues, ”Alexey Miller recalled. According to him, Russia intends, in cooperation with Turkey, to bring Russian gas to the hub on the Turkish-Greek border. The further supply route will depend on the readiness and ability of the Europeans themselves to create their own capacities and “connect” them to this hub. “We will build and wait,” stressed the head of Gazprom. “Now all efforts are aimed at realizing the construction of the gas transportation infrastructure to Turkey, on the border of Turkey and Greece and delivering to consumers of Southeast and Central Europe through this route,” said Russian Energy Minister Alexander Novak. According to him, the cost of the Turkish Stream is comparable to the cost of the South Stream, but European countries will have to build ground connections to the future gas pipeline at their own expense.

So far, Greece has been most active in connecting to the new gas pipeline infrastructure. Panaiotis Lafazanis, the Greek Minister for Production Reconstruction, Environment and Energy, who visited Moscow during negotiations with Alexey Miller, noted that the new gas pipeline to Turkey would “increase the reliability” of Europe’s gas supply, since it meets the requirements of “diversification of export routes”.

Slovakia is also active in this issue. The operator of the Slovak gas transmission system, Eustream, has already announced its intention to build a gas pipeline from its country to the Bulgarian-Turkish border, with a view to making it a key element of the new system of Russian gas supplies to Europe in the future. The preliminary cost of the Slovak project - 750 million euros. “The pipeline would have started in the Slovak village Velké Kapushany near the border with Ukraine, and ended at the Bulgarian-Turkish border,” indicates the Bratislava Internet edition vEnergetike, citing sources at Eustream. It is assumed that half of the route will pass through the existing pipelines, and the remainder will be completed in Romania. The construction is designed for three years, and the capacity of the future gas pipeline can be brought to 20 billion cubic meters of gas per year. Bratislava understands that the supply of Russian gas through Turkey and Greece will be able to connect new countries to the transit routes that were not participants in the former South Stream, in particular, the same Slovakia. And this means not only transit payments, but also an increase in the sustainability of the entire system, tied to the interests of the maximum number of players. Russia's refusal to build the South Stream has changed a lot “on the energy map of the future,” the Slovak newspaper SME rightly notes.

Unlike the Greeks and Slovaks, others are still cautious. In particular, the Serbian government still hopes to convince the European Commission to "put pressure" on Russia in order to force it to reanimate the South Stream. The office of Alexander Vuchic seems to have decided not to take any independent action in the area of ​​ensuring energy security without coordination with Brussels. And this, given the refusal of Gazprom to negotiate the Turkish Stream with the EU leadership, a direct path to leaving Serbia on the energy side. Serbia and other Balkan states have “not very big alternatives” to gas supplies from Russia, the Russian ambassador to Belgrade Alexander Chepurin is convinced.

Meanwhile, the fate of the South Stream, mourned today by the Serbs and Bulgarians, should have taught them to better understand the essence of the energy policy of the European Union, and at the same time Kiev’s unseemly role. The South Stream project has fallen victim to the global geopolitical game, which the USA and its allies are playing and the main element of which they have made Ukraine. The main reason that Russia made the decision to build transit gas pipelines bypassing Ukraine is the refusal of the Ukrainian side to modernize its own gas transmission system. Moscow and Kiev signed the corresponding agreement back in 2004, but immediately after this, a color revolution took place in Ukraine, not without US participation, and the implementation of the agreement was thwarted. Washington managed to turn Ukraine into a means of pressure on both Europeans and Russia. However, in Europe, with the exception of Gazprom, there is simply no wish to build pipelines for Russian gas. Therefore, Europeans have a very simple choice: either cooperation with Russia, or an energy impasse.