Leon Panetta said about the threat to national security for Israel 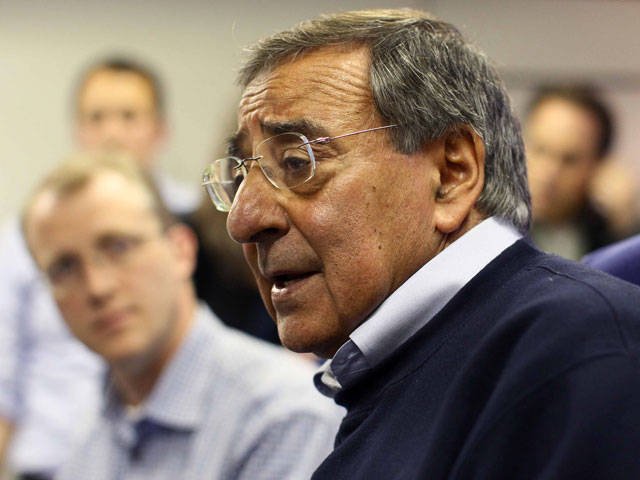 The head of the American Defense Ministry, Leon Panetta, said that the current situation in the Middle East region is in danger. According to him, first of all, the threat exists for the Jewish state, which has recently spoiled relations with almost all of its Muslim neighbors. As a result, the diplomatic isolation of Israel could jeopardize the national security of the Jewish state.


The US Secretary of Defense is confident of Israel’s military advantage. But, in his opinion, the question should be asked: “Is this advantage enough?” If Jerusalem isolates itself in the diplomatic arena? After all, the real security of the country "can only be ensured by diplomatic efforts and the development of its own military power," the Panetta Associated Press reports.

The head of the Pentagon called the current situation in the Middle East "dramatic." This became especially noticeable on the background of the events of recent months. Leon Panetta recalled the sharp cooling of relations between Jerusalem and Ankara, the rapid growth of anti-Jewish sentiment in neighboring Egypt. I did not forget to mention the Palestinian problem - the head of the Palestinian National Authority (PNA), Mahmoud Abbas, has already submitted his application to the UN, and received considerable support in the international arena.

Thus, in July, neighboring Syria recognized the sovereignty of Palestine, then a joint statement in the Syrian capital was signed by the foreign ministers of the two states Walid al-Muallem and Fawzi Salluh. Diplomatic relations between Palestine and Syria resumed after 60 years. In August, Lebanon decided to establish diplomatic relations with Palestine. The decision was taken by the Council of Ministers of Lebanon. According to the Palestinian authorities, more than 120 of the world's countries confirmed their sovereign independence, while Lebanon remained the only Arab state that has not yet done so. Russia is ready to do it.

According to Panetta, it is extremely clear that in such a difficult time in the Middle East region, when a lot of changes happen there, “it’s not the best option for Israel to become increasingly isolated. And this is exactly what is happening now. " Jerusalem needs to think about improving relations with neighboring states, this should be a priority for Israel in its foreign policy.

At this time, the most pressing issue in Jerusalem’s foreign policy is Palestine, led by Mahmoud Abbas, who is currently gaining increasing support in the international arena. And there are no visible ways out of the crisis - Israel cannot concede, this will be a recognition of the incorrectness of all previous policies of the Jewish state. The Quartet on Middle East Settlement (Russian Federation, USA, European Union, UN), fearing increased tension in the region, called on both sides to sit down at the negotiating table, without any preconditions, and as soon as possible.

The head of the Israeli government, Benjamin Netanyahu, on October 2 agreed to this, and not for the first time suggested that Mahmoud Abbas immediately begin negotiations. “Israel welcomes the call of the Quartet to begin direct negotiations between the parties without preliminary conditions,” Reuters news agency quoted the Israeli prime minister. Jerusalem urges the Palestinian authorities to do the same and immediately enter into direct negotiations with Israel.

Western countries, primarily the United States, Britain, France, are currently trying to delay the adoption of a UN decision on the Palestinian problem. They want to force Abbas to sit at the table of bilateral negotiations between Israel and Palestine.

It should be noted that relations between Israel and Turkey have become particularly acute. So much so that Jerusalem made statements about the possibility of supporting the Armenians (Armenia demands from Ankara to recognize the Armenian Genocide during the First World War) and the Kurds. In addition, Israel has strengthened its military cooperation with the old enemy of the Turks - Greece. Greece and Israel conducted several joint military exercises, concluded an agreement on military cooperation.

Ankara promised to strengthen its military presence in the Eastern Mediterranean, as part of the new Barbarossa naval strategy, and to create a military alliance with Cairo. Thus, a very interesting situation has arisen - two strategic allies of Washington (Israel and Turkey) have become enemies of each other.

Relations with Egypt deteriorated after the fall of the authoritarian regime of Hosni Mubarak. His regime maintained constructive relations with Israel, and Cairo imposed a blockade on the Gaza Strip when the Palestinian Islamist movement, Hamas, seized power in 2007. In May 2011, the revolutionary Egypt lifted the blockade from the Gaza Strip and ceased construction of the underground reinforced concrete wall, which was supposed to block the flow of smuggling (including weapons). In the same month, a peace treaty was signed in Cairo between Hamas and Fatah (its leader is Mahmoud Abbas). Egypt began to move rapidly towards radical Islam - anti-Jewish slogans were heard more and more often, the Israeli embassy was massacred, and the situation of Christians deteriorated.

Israel’s other neighbors are also unfriendly to him: in Damascus, they believe that Israeli intelligence services are involved in organizing unrest in Syria. In late September, it was reported that the Syrian military found in the province of Homs (one of the most problematic areas of the country) a car with Israeli weapons, explosives and a stolen form of the Syrian army, which was used for filming about the "atrocities of the Syrian army."

Anxiously, and on the border with Lebanon, Israel has already transferred additional forces here, reinforcing the line of defense. Even Jordan began to drift towards cooling relations with the Jewish state. Jordanian King Abdullah II, in September of this year, said in an interview with the Wall Street Journal that Jerusalem was “hiding its head in the sand,” and accused Israel of blocking negotiations with the Palestinian Authority.

As a result, we can say that throughout the Arab and Muslim world there has been a sharp increase in anti-Israeli sentiment. Some analysts, for example, Yevgeny Satanovsky, President of the Institute of the Middle East, began to talk about the possibility of a new big Arab-Israeli war, in which Turkey could also be drawn.

We are in Yandex Zen
Leon Panetta and Hillary Clinton vs. Barack Obama
Almost round-the-world tour of Leon Panetta
10 comments
Information
Dear reader, to leave comments on the publication, you must to register.