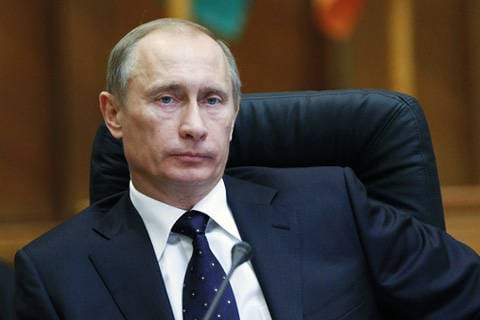 Yesterday, Prime Minister Vladimir Putin held a meeting with the Cabinet on the improvement of legislation in the field of state and municipal procurement. State funds need to be spent diligently, the head of government believes, and the current mechanism of government contracts needs to be improved - a favorable environment for corruption arises.


The meeting was the first after the appointment of a new head of the Ministry of Finance - Acting Finance Minister Anton Siluanov, who was extremely focused yesterday and seemed to be feeling a little tense. Perhaps that is why the support group was also required. In Novo-Ogaryovo, the Ministry of Finance represented not only Siluanov, but also his two deputies - Alexey Lavrov and Tatyana Nesterenko. Place in the Great Hall and. He took the minister next to the head of the Ministry of Health and Social Development Tatyana Golikova, who was sitting next to Vladimir Putin. Opposite Siluanova was the Minister of Economic Development Elvira Nabiullina.

Immediately, the prime minister began by saying that the formation of an integrated federal contract system was slightly delayed. There should be no errors, he explained the reasons for the delay. The work went very carefully both in the government and in the presidential administration.

“A serious reform of the state order is to be carried out,” Vladimir Putin explained. Maximum transparency is needed, the effectiveness of budget spending should increase substantially, he listed. And he stressed: "We spend money on this very large."

The prime minister said: "The current mechanism of government contracts is imperfect." In fact, only the stage of the placement of the state order is regulated, and that is not enough. More contracts with a single performer. There are even anecdotal cases. Putin did not call them, but from the recent high-profile purchases, we can recall the notorious tomographs and expensive luxury furniture.

At the same time, planning is not settled, there is no clear justification for the need for an order, and so on. There are no clear mechanisms for monitoring the execution of contracts. "All this creates a favorable environment for corruption, leads to unreasonable increases in the terms of order execution, to multiple overestimation of the real value of contracts, to the pursuit of the so-called development of budgetary resources," the head of the Cabinet listed the flaws.

“The state and taxpayers bear enormous costs,” Vladimir Putin complained and ordered to use state resources rationally: “In any situation, when we are experiencing good times in the economy, and when we are faced with problems.”

The early formation of a public procurement system is one of the priorities of the government, the prime minister stressed. And the first thing you need is a high-quality regulatory and methodological framework, where all stages of the process would be spelled out - from planning to execution. The procedure for maintaining reports on implementation, the library of standard contracts, the procedure for calculating the maximum price, and a clearly regulated process of end-to-end monitoring and auditing at all stages should be defined. It is necessary to create a single information base of state contracts - planned, concluded and existing.

“There was no final decision,” said a spokesman for the head of government, Dmitry Peskov, after a meeting that lasted several hours. But an intermediate was adopted, as Peskov said: "... in favor of adopting a new law."

After the meeting, First Deputy Prime Minister Igor Shuvalov spoke about how the work of the Ministry of Finance will be structured after Alexei Kudrin leaves his post. “There are no reasons for excitement, the Ministry of Finance has a very professional team,” he told reporters. Stressing that the main thing now is passing the budget in parliament, and all difficult decisions have already been made, he added that they will agree separately on financial work in the G-20, G8 and BRICS.

“Do not expect any surprises. The main thesis is business as usual,” he concluded. Shuvalov also noted "Kudrin’s enormous prestige in the international arena" and recalled that he was recognized as the best finance minister. "It is unpleasant that Kudrin is not with us, but there will be no trouble in the market," the first deputy prime minister concluded.

We are in Yandex Zen
The big press conference of Vladimir Putin
8 comments
Information
Dear reader, to leave comments on the publication, you must to register.