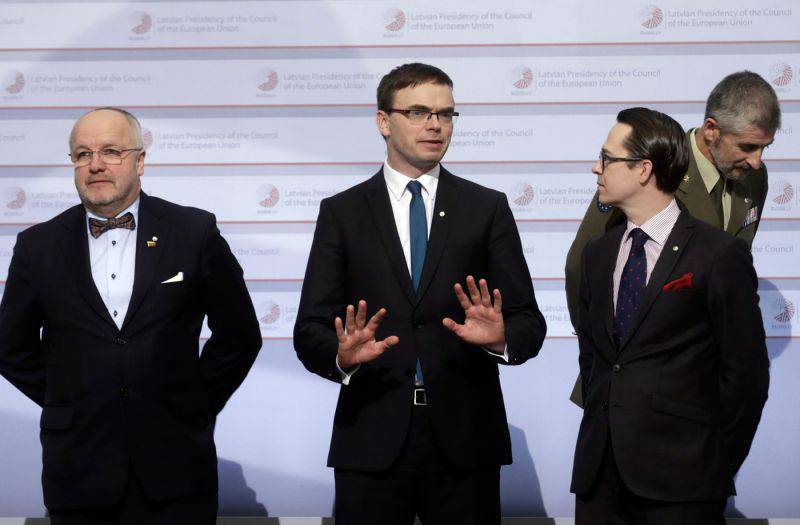 The initiative of the ministers of defense of the Scandinavian countries and Finland to strengthen defense ties with the Baltic states and to develop measures to strengthen regional security requires serious consideration. It would be a big mistake to think that this is a new and original idea, and it is equally wrong to associate it with the situation in Ukraine. One more mistake would be a “captouching” attitude in relation to the military-political capabilities of a potential alliance. One should not be guided by the fact that, both in the northern countries and in the Baltic states, the role of defense ministers in matters of defense strategy and foreign policy is more technical and administrative.

Before us is another attempt to reconfigure the political space of Europe, this time on the northern flank. Just over a hundred years ago, the international legal order in the north of Europe and the Baltic region was based on the Declaration on the Baltic Question 1908. Signed by the four Baltic states - Russia, Germany, Sweden and Denmark, the declaration established a mutual commitment of the leading countries of the region to maintain their territorial and political status. and strengthen the “bonds of good neighborhood and friendship” [1]. Although four states put their signatures to the Baltic Declaration, contemporaries nevertheless perfectly understood that the solution of the main problems in the North of Europe was in the hands of two great powers - the Russian and German empires.

In the interwar period, with the emergence of new independent states in the Baltic region - Finland, Poland, Estonia, Latvia and Lithuania, the development of “defensive alliances” of various configurations immediately began. Estonia proposed a union of Finland, Finland - Sweden, later more complex proposals appeared, such as the union of Poland, Lithuania, Latvia and Estonia. At the beginning of the 1920's The main hopes of the Baltic political elite in the field of security were placed on the Baltic Union, which was supposed to ensure the economic, cultural, and military-political cooperation of the new independent states: Finland, Poland, Estonia, Latvia, and Lithuania. The Balts hoped that the Baltic Union, created on the eastern shore of the Baltic, would eventually include the Scandinavian countries. However, the Scandinavians took this idea very coolly and refused to participate in this project. The only result in the creation of the Baltic Union is the signing of a defense agreement between Estonia and Latvia at the end of 1923. But the defensive convention of two small countries absolutely did not ensure their security. After A. Hitler came to power in Germany, the Baltic countries in September 1934 created the Baltic Entente by signing a cooperation agreement between Estonia, Latvia and Lithuania. Baltic Entente formally existed 10 years. It envisaged closer cooperation based on the principles of the League of Nations, coordination of key foreign policy issues through regular meetings of foreign ministers. However, the political elite of the Baltic countries could not agree among themselves on military cooperation. 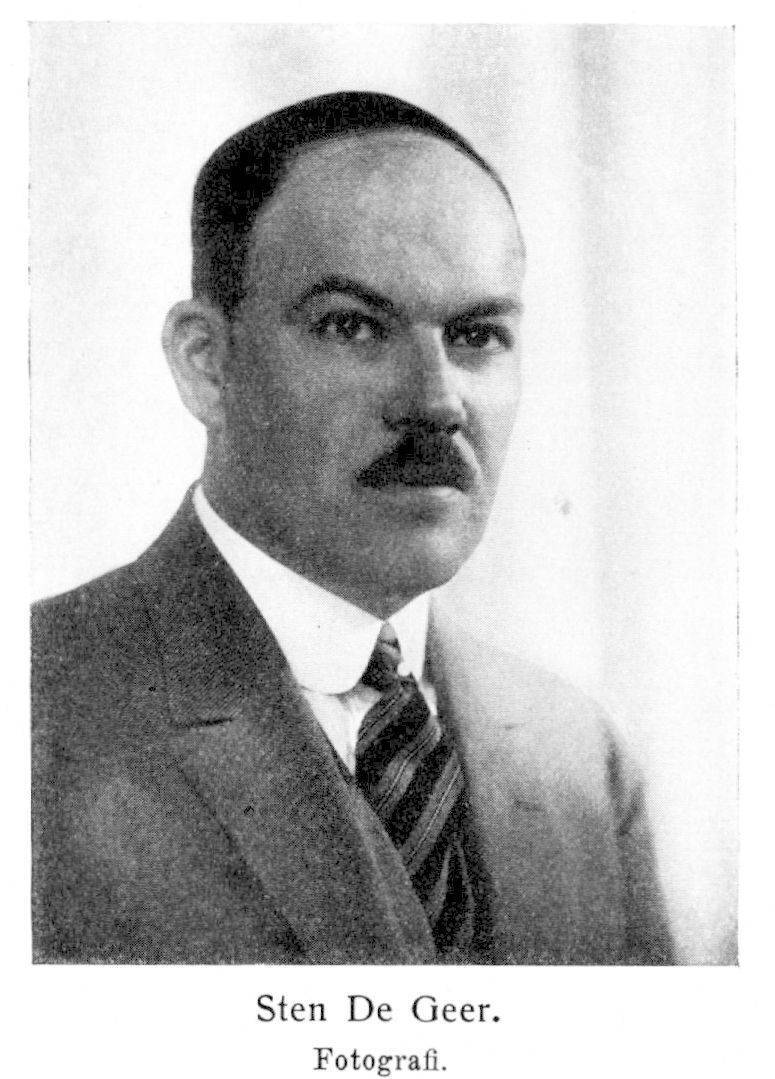 On the whole, from the mid-1920s to 1939, at least eight projects of regional military alliances of various configurations were put forward. However, in practice, military cooperation was superficial (as between Latvia and Estonia, between which a military treaty existed), or secret, as was the case with Estonia and Finland, between which intensive military cooperation developed, but without signing a military treaty. So, the famous Finnish historian Jari Leskinen noted that in the early 1930s, the Finnish military command, together with the Estonian one, developed a plan for the complete mine-artillery blocking of the Finnish Strait along the Naysaar-Makiluoto line. “The joint plans of the Finnish and Estonian fleets have reached such a stage when the Estonian submarines joined the Finnish when a war arose the fleet under Finnish leadership ”[2].

In the interwar period, a special term also appeared - the Baltic region, as a concept for uniting the geopolitical space of the Scandinavian countries, Finland and the Baltic countries. For the first time, this concept was introduced into 1928 as a geographical term by the Swedish geographer Sten de Geer to refer to a geographical region consisting of three Scandinavian kingdoms and four Baltic states that were previously part of the Russian Empire. The Lithuanian geographer Kazis Paksas, in his book “The Confederation of Baltoscandia” in 1942, conducted a systematic analysis of the Baltoscandian region as a single cultural and geopolitical space. In his opinion, the main role in the formation of the community of Scandinavians and Balts should belong to Sweden [3].

One of the reasons for the failure of the Baltic-Scandinavian joint projects of the interwar period was that statehood on different shores of the Baltic developed in opposite directions: the Baltic States and Poland built tough authoritarian regimes that did not cause sympathy among the Scandinavians. Scandinavian countries followed the path of democratic reforms and parliamentarism and laid the foundations of a social state - “home for the people”.

After World War II, the Baltic States and the Scandinavian countries were on opposite sides of the Cold War barricades. Baltic states became part of the USSR. The countries of Northern Europe are faced with the need to search for new lines of foreign policy. The Second World War demonstrated to the small northern states their military vulnerability and the illusiveness of the idea that the North of Europe could remain in the foreseeable future without conflicts between the two superpowers. Under these conditions, Sweden tried to captivate its neighbors in the North of Europe with the idea of ​​creating the Scandinavian Defensive Union (COS), based on the principles of collective security and non-interference in superpower conflicts. Officially, this proposal was put forward by the Swedish government 1 in May 1948. The Swedish project responded to the neutralist sentiment of the majority of the population of Scandinavia. However, the governments of Denmark and Norway, bearing in mind the experience of trampled neutrality during World War II, chose a course towards joining NATO as a more militarily strong military-political bloc. At the same time, Norway and Denmark joined NATO with reservations, refusing to place on their territory foreign bases and troops in peacetime, and later - atomic weapon. 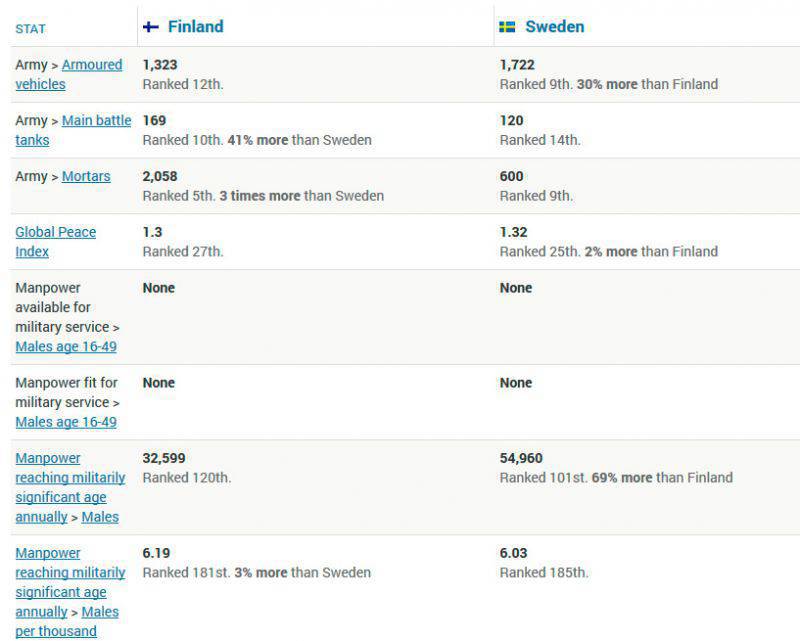 As a result, a security configuration has emerged in the North of Europe, called the northern balance. The military cooperation between Denmark and Norway within the framework of NATO was compensated by strengthening the cooperation of the USSR with neutral Finland, while Sweden remained a neutral country. Thanks to this security architecture, North Europe remained the most placid Cold War theater.

Returning to current events, we note that today the “throwing in” of information about the trans-Baltic military cooperation benefits almost all regional players, regardless of whether it takes place or not. Consider this thesis in more detail.

Finland has a powerful defense industry, however, unlike the Swedish, without aviation component. In political terms, Finland follows an extremely cautious course in relations with Russia, this policy has a serious historical base. The Paasikivi-Kekkonen line has left a good memory of itself, and the scale of economic ties between Finland and Russia is greater than that of all other countries of Northern Europe and the Baltic countries combined. However, in the country for more than 20 years there has been a discussion about the pros and cons of full NATO membership.

Note also that in Finland 19 on April 2015 is a parliamentary election, so this initiative has an obvious electoral flavor. Secretary of Defense Carl Haglund, an ethnic Swede, leader of the Swedish People’s Party of Finland is gradually losing its electorate. At the same time, the Swedish minority and the Swedish People’s Party of Finland are very influential. This influence is significantly greater than the number of parliamentary seats. This party is a member of the Alliance of Liberals and Democrats for Europe in the European Parliament, of which Karl Haglund was a deputy. In essence, this is a conductor for Finnish integration into NATO. The entry into NATO of Finnish right-wing and centrists who are forced to take into account public sentiment is viewed not in a momentary, but in a historical perspective. It should be noted that “the article of the Nordic defense ministers about the Russian threat caused bewilderment of the office of the President of Finland”. Nevertheless, for the leadership of the country it is an opportunity to adjust the balance point in the Russian-Finnish dialogue.

Norway is a veteran of NATO. There are many veterans of anti-Soviet propaganda in the country who are able to pass on these qualities by inheritance. Former Norwegian Foreign Minister Torvald Stoltenberg is the father of NATO Secretary General Jens Stoltenberg. On October 30, 2014, Thorwald Stoltenberg, at the 66 session of the Nordic Council, consisting of Danish, Icelandic, Norwegian, Finnish, and Swedish parliamentarians, proposed the creation of a Nordic defense and security commission. In recent decades, Norwegian diplomacy has achieved major successes precisely in the eastern direction. 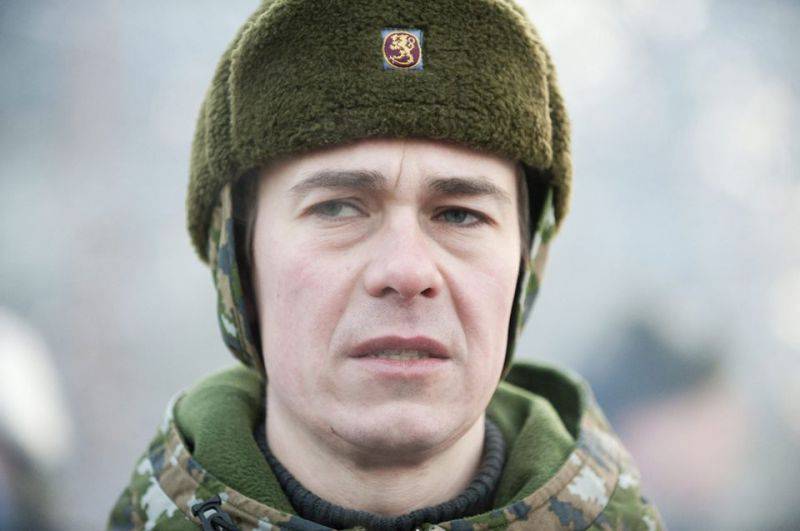 Some of the Swedish politicians, mainly of centrist and center-right orientation, are now considered by the military-industrial complex as the main engine of the economy, especially since sales in the 2014 year have grown steadily. The tradition of Swedish neutrality is also a tradition of the arms trade before, during, after all the wars of the 20th century. That is why the search for Russian submarines in the Stockholm metro is not a manifestation of historical complexes, but a quite competent economic calculation. In May, 2014, the Swedish and Finnish defense ministers announced the signing of a defense cooperation plan between the two countries, according to which joint military exercises of aviation, army and navy will be held. Finnish Minister of Defense K. Haglund, said that this plan is the road to creating a defensive alliance between Sweden and Finland. Such a union of two neutral countries is seen by some Finnish politicians and the military as an alternative to joining NATO.

As for the Baltic states, for them the northern vector of military cooperation is a kind of rehabilitation of their political course. The anti-Russian statements of the presidents of Estonia and Lithuania, as well as the Minister of Foreign Affairs of Latvia in recent months, have raised more and more questions not only among the residents of the Baltic States, but also among European politicians who do not want to deploy a large-scale conflict with Russia because of personal ambitions of former American political radio or graduates soviet party schools. Under these conditions, military-political integration with states of a different class of stability and efficiency, that is, northern countries, looks very tempting.

As for Russia, Moscow should carefully examine a new and potentially dangerous circle of threats, covering the area from the borders of Belarus to the island of Spitsbergen and from the Canadian Arctic archipelago to the River Narva. Our neighbors and partners should take into account that their plans and even more so the actions will not remain unanswered. Judging by the latest statement of the Commander-in-Chief of the Finnish Defense Forces, this understanding exists. “Russia has not yet committed anything against Finland that would pose a threat in the near future,” said Jarmo Lindberg in his April 11 performance on 2015.

We fully agree with the position of Finnish Prime Minister Alexander Stubb expressed by 12 on April 2015: Finland makes its own decisions in the field of security and foreign policy. However, Russia is not deprived of this right.