Washington vs Beijing: containment of yuan 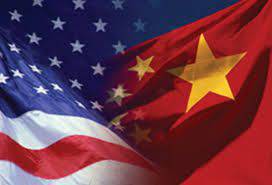 In relations between the United States and China, there is an increase in tension in all directions. Here are some pain points related to the monetary and financial sphere: the question of the status of the yuan as a reserve currency; RMB convertibility; undervalued yuan rate in relation to the US dollar; low role of China, not corresponding to its position in the world economy, in the IMF; restrictions on the admission of US capital to the PRC banking sector; deter Chinese investment in the US economy.

Many countries do not disclose or disclose the incomplete composition of their international reserves. Nearly half of the total foreign exchange reserves represent an “unallocated balance”. In that part of foreign exchange reserves, which contains information on types of currencies, there is no yuan at all. In addition to the US dollar and the euro, there are the Japanese yen, the British pound sterling, the Canadian and Australian dollars, the Swiss franc. And there is no Chinese currency. 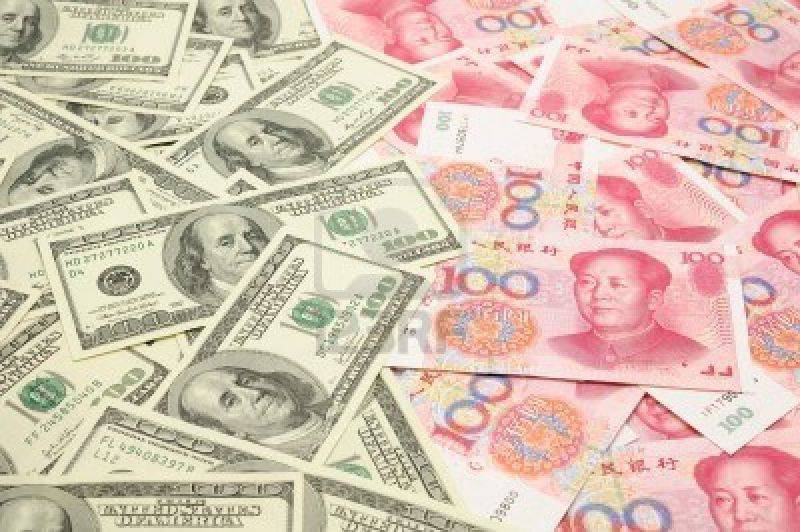 Meanwhile, in 2014, the Chinese economy became the largest in the world, ahead of the US economy. This is the official assessment of the International Monetary Fund. China has bypassed the United States in terms of GDP, converted into dollars at purchasing power parity (PPP). In 2014, China’s GDP in PPP is 17,6 trillion. dollars, and the US GDP for the first time was less - 17,4 trillion. dollars. According to the latest IMF data, China has increased its share in global GDP to 16,48% versus 16,28% in the United States. This trend is irreversible: according to the IMF, next year the gap in GDP at PPP of the two leaders of the world economy will be more than 900 billion dollars in favor of China, and by 2019, Chinese GDP at PPP will be ahead of the US by almost 5 trillion. Doll.

The list of currencies reflected in the IMF statistics includes the monetary units of countries whose gross domestic product is incommensurably small compared with China’s GDP (Table 2).

There is an extreme asymmetry between the GDP of individual countries and the distribution of international reserves by types of currencies. This asymmetry is a clear manifestation of the unjust global financial order that the West, led by the United States, has formed over the decades after World War II. Those countries that seek the status of reserve currencies for their monetary units receive undeniable advantages. The country issuing the reserve currency is able to cover the balance of payments deficit with national currency. United States since the beginning of the 1970's. cover the deficit of its trade balance with green paper. Reserve status of the currency helps to strengthen the position of national corporations in the competitive struggle in the world market. 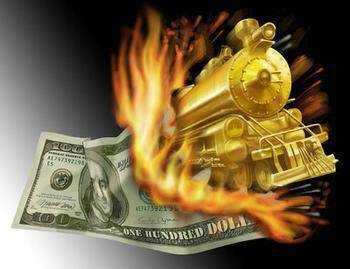 Western countries parasitize on others due to the special status of their currencies. This parasitism is especially noticeable against the background of the paradoxical discrepancy between the status of the Chinese currency and the positions of the PRC in the world economy and trade. In part, this discrepancy is mitigated by the fact that a number of countries around the world accumulate Chinese currency in their reserves, but do not advertise it. The IMF member countries camouflage this practice, using the right not to fully disclose the currency structure of their international reserves. Judging from the fragmentary information, at least three dozen countries have the yuan in their reserves.

The accumulation of yuan in reserves continues. This is facilitated by such steps on the part of China and their partners, such as concluding bilateral agreements on currency swaps (2015 of such agreements operated at the beginning of 27), organizing yuan trade on a number of world currency exchanges, creating offshore clearing centers (for operations with the yuan) in Singapore , London, Paris, Frankfurt, Luxembourg, Seoul and Hong Kong. In addition, a number of Western countries, including the United Kingdom, have issued bonds denominated in Chinese currency. That is, the demand for the yuan is growing all over the world. And Washington can't do anything about it.

SDR emission began in the 1969 year, when the Bretton Woods system actually ceased to function. Initially, the basket included five currencies. With the advent of the euro, the German mark and the French franc dropped out of the basket. To date, the basket includes four currencies: US dollar, euro, yen and pound sterling. The exchange rate is calculated on the basis of the weighted average value of the indicated currencies. The entry of a currency into the basket significantly raises its credibility. Talk about the fact that the yuan should become the fifth currency of the basket has been going on for a long time, but Washington is opposed to this in every way, realizing that replenishment of the basket by the yuan will be another significant blow to the dollar.

Every five years, the IMF conducts a review of a basket of reserve currencies. A regular review should take place at the end of 2015. Experts believe that the Chinese currency meets all the requirements of the reserve currency. In March, IMF Managing Director Christina Lagarde, in an interview with Western media, noted that the decision to include the yuan in the basket was overdue and was only a matter of time. Probably in this case, Lagarde reflected the interests of European countries. China’s trade with Europe is very large, the European countries need a yuan in reserves. However, this requires a formal decision by the IMF, since the spontaneous accumulation of Chinese currency by Europeans would be the cause of constant shouts from Washington.

Washington is trying to act ahead. Already, he is putting pressure on his allies, suggesting to them that the yuan cannot be included in the basket of reserve currencies. In early April, this was announced by US Treasury Secretary Jacob Lew. The minister did not particularly go into the details of the question, but simply gave a portion of the next “recommendations” to Beijing. They say that in order to meet international requirements, China will have to carry out deeper reforms in the monetary sphere, including loosening control over the movement of capital and move to a floating exchange rate of the yuan. These are commonplace platitudes in the spirit of economic liberalism, which Washington habitually addresses to all countries outside the “golden billion” zone. For a long time, these banalities were relayed by the IMF, but today it is experiencing a crisis and can no longer treat Beijing as categorically.

According to some reports, a number of countries (in particular, Germany and Australia) in December 2015, during the review of the basket of currencies can support China. This is supported by the fact that many Western countries, despite pressure from Washington, in March of this year applied for participation in the capital of the Asian Infrastructure Investment Bank (ABII), created under the auspices of China.

Of course, Washington, in deciding whether to give the yuan the status of a currency that is part of the reserve currency basket, can vote against. For the time being, the United States retains a blocking package (around 17%), but the overall installation in the IMF should be taken into account. Since the end of 2010, Washington has been blocking the reform of the fund, which should bring the quotas of countries, and especially China, into line with reality. Washington's vote against the yuan could finally put an end to the International Monetary Fund. And this will lead to a radical restructuring of the global financial order, and not in favor of Washington and the US dollar.

Ctrl Enter
Noticed a mistake Highlight text and press. Ctrl + Enter
We are
Way out of chaos"Simplicity is worse than theft"
19 comments
Information
Dear reader, to leave comments on the publication, you must to register.