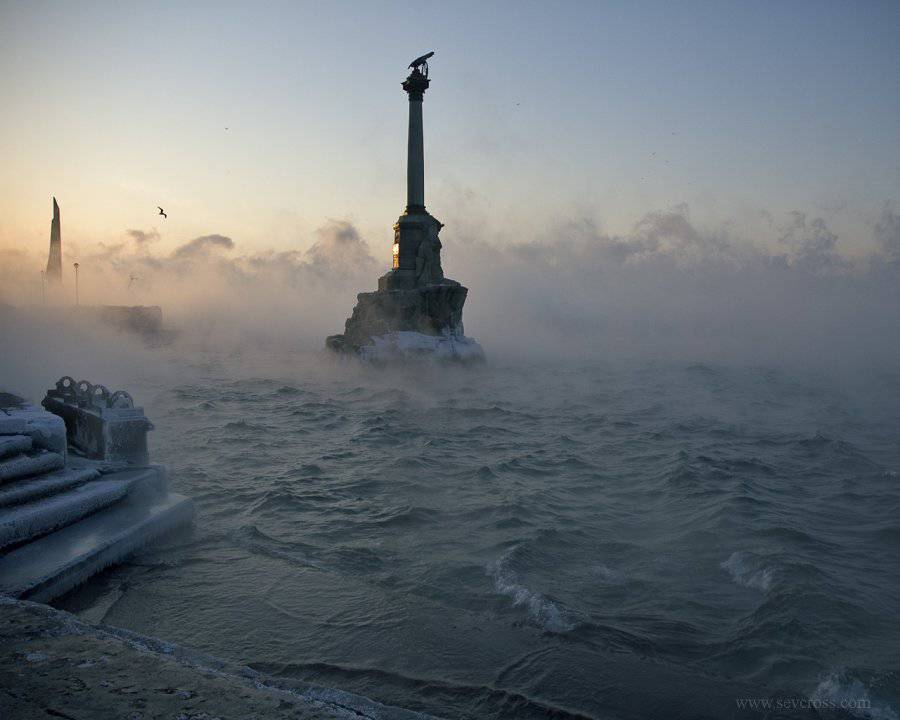 History Crimea tells that this land has always been considered a tasty morsel for many hunters for geopolitical prey. Who has not claimed this sunny peninsula since the last century: they are the Turks, the French, the British, and fascist Germany. After all the glorious wars, Russia, it would seem, staked out the right to call the Crimea its own. The All-Union Health Resort received annually several million tourists from different Republics of the USSR and developed dynamically. In principle, there was no case for anyone that Comrade Khrushchev decided in February 1954 to donate the Crimean region to the Ukrainian SSR due to the “commonality of the economy and territorial proximity”. Disputes surrounding this decision came to light immediately after the collapse of the Soviet Union. However, we must dwell on the background of the decision of Nikita Khrushchev.

Today, the lips of many analysts who are not burdened with “multiculturalism” can be heard that Khrushchev did in his time a true knight's move. According to them, Khrushchev decided on such an adventure not because of a great love for Ukraine, but because of the looming threat of paying the American Joint, 20, a billion dollars in contributions for the fact that the USSR had violated obligations to create large Jewish autonomy on the Crimean land. According to these calculations, Khrushchev withdrew Crimea from the RSFSR, thereby depriving Americans of the opportunity to indirectly claim the Peninsula through the organization of the Joint. After all, the Ukrainian SSR cannot fulfill the obligations that the USSR leadership gave in 20's. Allegedly, to implement the settlement of the Crimea completely, Stalin even organized the deportation of Crimean Tatars from the Black Sea Peninsula to the Jews.

This version deserves attention, but it looks too beautiful and even detective (in a Bond style). First, without diminishing the merits of Nikita Khrushchev, it is worth noting that by that time the Jewish Autonomous Region already existed for almost 20 years (since May 1934) in the Far East. Secondly, why then did Stalin evict Chechens from their historic lands? Maybe he wanted to create as many as three (!) Jewish autonomies: the first - with the capital in Birobidzhan, the second - in Simferopol, plus a third - in Grozny. It's hard to believe.

But be that as it may, Crimea in 1954 passed under the warm wing of Kiev with a light stroke of the pen of Nikita Khrushchev. And then came the dashing nineties. Crimeans realized that they were left without Russia, and, as is known, the Russian-speaking residents on the peninsula are the overwhelming majority. From that moment began serious contradictions between the population of the Crimea and the central Ukrainian authorities. It even went so far that Kiev in 1995 decided to annul the Crimean constitution and presidency on the peninsula. In fact, the autonomous status of the Crimea was eliminated. This provoked outbursts of indignation from the inhabitants of the Crimea. Against the background of the unfolding events, the indigenous peoples of the Crimea peninsula began to declare themselves more actively. To a greater extent, this can be said about the Crimean Tatars, who declared their claims specifically for Tatar autonomy as part of the Black Sea Peninsula.

The matter was compounded by the fact that it was necessary to divide the Black Sea Fleet between Ukraine and Russia. Since 1997, it was decided to base two fleets at once in Sevastopol. And if in the city there are two fleetthen around them, according to all the laws of the genre, a conflict should erupt. As we know, the conflict erupted, so much so that during the Russian operation against Georgia in 2008, by secret orders of Viktor Yushchenko, the ships of the Ukrainian Black Sea Fleet tried to block the exit to the open sea and the back entrance to the bay to the warships of the Russian Black Sea Fleet.

On the territory of the peninsula began to appear strange concrete boxes near the coast. Thus, the Crimean Tatars tried to show who should rule on the Crimean land. It happened and it happens that for the demolition of these illegal, in the opinion of the authorities, buildings were driven by bulldozers who, under the guise of riot police and army special forces, "cleaned" the coastal territory of the peninsula. This caused a storm of indignation among the Tatar communities, which could not get enough seats in the Crimean parliament. Their “Mejlis”, while not being legitimate in the Crimea, in fact, has acted and so far is only a “funny” Crimean Tatar authority.

But there came a time when another side was added to the conflict in Crimea. This is the Crimean Cossacks, who decided that they certainly have the right to private ownership of land in the Crimea. A multilateral melee began between the Tatars, the Cossacks and the police. In some places it was like fighting without rules for the joy of the viewers, but, in fact, the passions were not at all comical. Here we should not forget that at the time of 90-s, the authorities managed to break through and “chop off” tidbits of land and real estate from criminal authorities. These people, in principle, do not care who will hold power in the Crimea. During the time that has elapsed since their “settling” on the territory of Autonomy, they have managed to acquire a whole corruption network, which clearly will not allow these people to reach either the police, or the Tatar communities, or the Cossacks - the newly-minted owners of the Black Sea land.

As a result, today we have to admit that, due to incessant fights for property and power disputes, the potential of Crimea remains unfulfilled. Residents of Western foreign countries do not go to the Crimea to rest, the infrastructure is slowly aging and deteriorating, the level of service remains inadequate to the asking prices. In general, the Crimea remains a land of contention to this day.

We are in Yandex Zen
Russia, Turkey and the "Crimean Question"
Situational analysis of the death of the MH17 flight (Malaysian Boeing 777), made on the basis of engineering analysis from 15.08.2014
21 comment
Information
Dear reader, to leave comments on the publication, you must to register.