About the advantages of the Russian globalization project 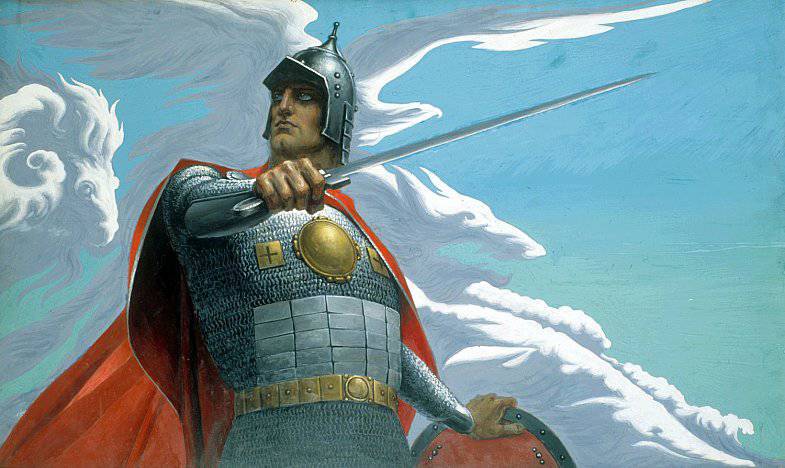 Many people in the West look down on Russians, they are brought up on the usual set of images - bears, balalaika, vodka, caviar, and beauties. They are played up by the cosmopolitan Russian intelligentsia. This social disease has been going on since the times of the Russian Empire and the Soviet Union, intellectuals like to engage in self-flagellation.

But in reality, Russia and the Russian people have great advantages in the global race for the title of "king of the hill." It is clear that Russia and our people will not be left alone, globalization is inevitable, therefore the world must submit our project - Russian.

Location of Russia. We are located at that point on Earth, which is called the "heart of the world." Moreover, this concept includes not only an advantageous geographical position and the presence of vast natural resources, but also such a sphere of human life as spirituality. It is not without reason that many holy people, the elders, said and said that in Russia the most “places of power”, “holy places” are located, through them contact is made with the so-called. Higher Mind of the Universe, the development of all mankind is adjusted.

Interestingly, a number of prophecies and forecasts of scientists say the same thing - during the coming era of global upheavals and changes, Russia can become the most stable territory, with a favorable climate, clean water, agricultural land, and forests.

Experience in building a fair society. It was the Russian people who in the foreseeable past three times managed to build three great empires - Russia of Rurikovich, the Romanov Empire and the Soviet Union. It should be noted that these powers achieved the greatest success under the rulers, who in their foreign and domestic policy tried to observe Justice, the Truth of God. These are the first princes of the Rurik dynasty from Rurik to Svyatoslav, Ivan the Terrible, Pavel I, Alexander III and Stalin.

In our stories You can find a lot of dark pages, but still it must be noted that Russia-Russia was able to build its powers without oppressing people on a racial, national or religious basis. The Russian people was not a “race of gentlemen”, but was the first among equals, carrying the “imperial burden”. For Russian Yakuts, Itelmens, highlanders of the Caucasus, dozens, hundreds of peoples, nationalities and tribes were people the same as they are. Therefore, Russia, in contrast to Europe and America, is not a “cemetery of nations.”

This experience can be realized in the project of Russian globalization, when people retain their religious, ethnic identity, and will not be dissolved into a “something”, into a faceless “gray” mass.

The weakness of competitors. The West built and builds its well-being on the killed and those killed, on bones and blood. Therefore, the “forces of freedom” are hated in the Islamic world, on the Black Continent, they remember the “white gentlemen” in India, China, and Japan. In the East, do not forget anything. Popular socialist views in South America. And, if Russia leads the “demand” for social justice, support in the world is provided to it.

The Islamic world is divided, split, there is no unity, it is a victim, not an independent global player. China does not have a strong contact with the Supreme Mind of the Universe, there are a number of systemic defects that do not allow it to offer the world a great idea.

Creative, creative potential. It makes no sense to list all the great Russian thinkers, scientists, the righteous, writers, cultural figures. They created such a huge backlog that even now Russian culture is the richest on the planet. And the fact that not all great Russians were Russian by blood, by origin, confirms the power of the Russian “field”. Anyone who loved Russian culture, their Homeland, spoke Russian could become Russian. It is precisely the creative potential of Russia that can lead humanity to a new stage of development, will allow it to begin the exploration of the Near Cosmos, to save it from degradation and death.

Russian culture was spiritual and anti-consumer, Russian people aspired to spiritual purity, this led to the development of not only Russia, but also the outside world.

Military aspect. Russia-Russia-USSR more than once tried to conquer the best armies and commanders of their time, but they were all beaten. This leads to the idea that Russian soldiers are the best in the world; it is impossible to defeat Russia by force.

The main "but." Now the Russians have been deprived of their core - social justice, unity (cooperation, conciliarity). This process has been going on for centuries, with the help of lies, deception, skillful propaganda and betrayal, they have deprived us of Russianness. Almost all the people are not engaged in what they should do - instead of building a fair society (in a Christian way, “The Kingdom of God on Earth”), we are forced to live in a society of “new boyars” - oligarchs, thieves, officials, various kinds of speculators and baryg, fools peppers Although we have always in the first roles were the righteous, warriors-knights, honest workers. We all want to be turned into merchants, shopkeepers who trade with what than from pieces of the Motherland to their bodies.

Russian culture has been replaced by a surrogate for “world culture,” the essence of which is degradation and destruction.

Instead of great deeds, it was proposed to “think about health”, “take care of yourself”, “come off”, “relax”. Meanwhile, the world is boiling - in the Islamic world there is a revival of the Iranian and Turkish empires, the Arab Caliphate, China is advancing all over the planet, the West is waging its war against everyone and at the same time preparing for a breakthrough in the future.

Therefore, we must remember that the Russian people gain great victories only when they play their game and by their own rules, live by Justice, in the course of God's Providence. This is confirmed by examples of Svyatoslav Igorevich, Ivan the Terrible, Alexander Suvorov, Stalin. Then he is out of competition.

We are in Yandex Zen
The world we leave, the world we enter, and the world between them
On the other side of the "red" and "white." Report Izborsk club
124 comments
Information
Dear reader, to leave comments on the publication, you must to register.