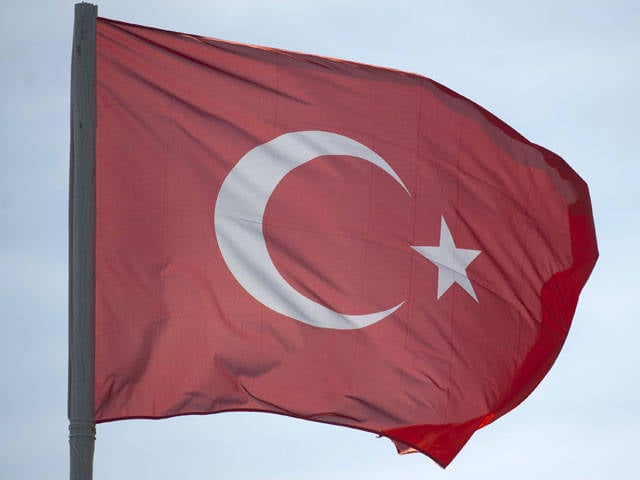 Ankara refused to renew the contract with Moscow for the supply of natural gas in the so-called. "Western route" - through the territory of Ukraine, Moldova, Romania and Bulgaria. This was stated by the Turkish Minister of Energy and Natural Resources Taner Yildiz. It was the oldest agreement that is currently implemented by Gazprom, it was concluded before the creation of this monopoly. The contract was signed in 1986 year - in annual volumes 6 billion cubic meters, the term expires in December 2011 year. The main volumes of natural gas that enter the Turkish state via the “western route” satisfy the needs of northwestern Turkey, and above all Istanbul's 12-million (former capital, the largest Turkish city and one of the largest cities on the planet). Then, Ankara signed a contract for the supply of Russian natural gas through the Blue Stream trans-Black Sea gas pipeline.


According to Interfax, the decision of the Turkish state is connected with the fact that the Russian Federation refused to give Turkey a discount on gas in the amount requested by the Turks.

In 2010, Ankara purchased 18 billion cubic meters of natural gas, although it planned 30 billion (14 billion via the Trans-Balkan gas pipeline and 16 billion via the Blue Stream). Due to the effects of the economic crisis, the minimal volumes of purchases by the Turkish state of natural gas were established, and also the right of the Turkish company Botas to reduce the selection of “blue fuel” flowing through the offshore gas pipeline to three-quarters without sanctions from Russia. Currently, the energy balance of Turkey to 64% depends on Russian hydrocarbons. Other suppliers are Iran and Azerbaijan.

Earlier, Ankara has already expressed its desire to adjust the price of gas imported from the Russian Federation, but the parties have not reached an agreement. In March, Russian President Dmitry Medvedev met with Turkish Prime Minister Recep Tayyip Erdogan, who did not give positive results.

Last week, the Turkish Minister of Energy has already talked about the possibility of not renewing the contract. At the same time, Yildiz said that other agreements with Russia for the supply of natural gas through other transport corridors remain in force. According to him, 3-4 agreements have been concluded with Russia, one will not be extended and “it will not cause problems”. The private sector, which makes part of the purchase of natural gas, if it wants, can negotiate with Russia itself, and the state "no longer wants to do it."

Almost simultaneously with the statement of the Turkish Minister of Energy, since 1 of October 2011, the Turkish company Botas has increased the price of "blue fuel" for the population of the country by 12,28% - 14,35%. And for industrial enterprises, the cost is increased by 13,70% - 14,30%. The Turkish company explained this increase in the price of natural gas by a global increase in the cost of hydrocarbons, as well as a weakening of the Turkish national currency, the lira, Reuters reported.

It should be noted that before the statements of the Turks, on Tuesday and Wednesday, large-scale searches were conducted in the offices of companies associated with Gazprom in 10 European countries. One of the reasons for such actions is that oil has risen in price, and according to the long-term contracts of the Russian state monopoly with consumers, now after the “black gold” natural gas should also become more expensive. These actions were related to the investigation of potential “anticompetitive practices” in the field of Russian gas supplies to countries entering Central and Eastern Europe. In a statement, the European Commission said that such actions do not mean automatic recognition of the guilt of these companies.

According to political analyst Alexander Rahr, given the previous aggressive criticism from the European Commissioner for Energy Gunther Oettinger, the South Stream project, "nerves of the officials in Brussels are passing away." In the European Union, they do not want to depend on Russian gas supplies, the dominance of the Russian Federation on the European energy market, and they are persistently trying to push the Nabucco project. And the Russian Federation "will try to limit all sorts of measures."