Preparing NATO for war against Russia? 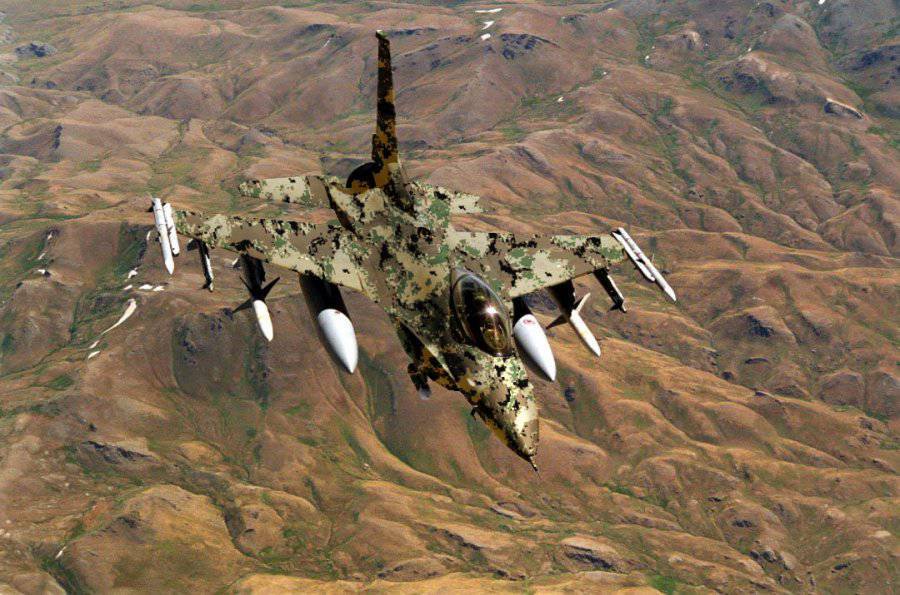 Not so long ago, another exercise ended in Germany, in which units of the armies of NATO member countries as well as their partners took part. Experts believe that this doctrine can be called part of the overall process of practicing the practical use of NATO troops, checking the constant readiness of troops from various countries of this alliance. The goal of these exercises is to transform the forces of the North Atlantic Alliance into a tool to defend the interests of the West throughout the world.

One of the important elements of maintaining NATO forces in constant combat readiness can be called various maneuvers and exercises, a great number of which have recently been noticed near the borders with Belarus and Russia. Considerable attention is paid to the development of plans for delivering a powerful blow from the territory of Poland and the Baltic countries to the east.

It is worth recalling that the variant of armed conflict between the forces of the alliance and the fictitious state "Sandora" is constantly being worked out. This state has a huge territory, rich in various resources. At the same time, Sandora is torn apart due to internal problems, as well as territorial claims from other countries. This is a problem that hampers the delivery of energy resources to Western countries. For example, only for 2010 a year was the series of exercises of the NATO Joint Airborne Forces “Diamond Event”, as well as the NATO Naval Forces Alliance “Brilliant Mariner”. Exercises are also constantly held in order to test the NATO Stedfast Cathode control and communication systems. These exercises were conducted in the waters of the Baltic and North Seas. The main plan of the exercises is to work out the strategy of offensive air-sea actions against the state of Sandora, which was invented by NATO strategists.

Ground operations were carried out with maximum use of the territory and infrastructure of almost all Baltic countries - for the transfer, reception and deployment of NATO troops, highways and railways, airfields and ports, as well as many polygons were involved in computer headquarters exercises.

2011 year was also surprisingly full. The most noticeable are the command and staff exercises Baltic Host-2011, which took place in April. All actions were commanded by the command of US forces in Europe, as well as the NATO assault force. These exercises were positioned as a logistics event, allowing to work out the reception and deployment of a NATO force group, consisting of many thousands of soldiers and officers, in the Baltic countries. During the exercises, not only the national defense forces were widely involved, but also their airports, seaports, health facilities, and the departments of railways and highways.

In addition to the exercises “Baltic host-2011”, there were two other activities related to the combat and operational training of NATO forces in Sweden, the United Kingdom, as well as the Baltic Sea and the adjacent territory. The combined naval and air forces of NATO (the teachings of the Joint Warior-2011) and the Allied Forces of NATO (the teachings of the Viking-2011) took part here. The former practiced strikes from the air and sea directions, if it is needed to resolve the armed conflict in the region. The second is the development of the use of NATO forces during the necessary peacekeeping operation. 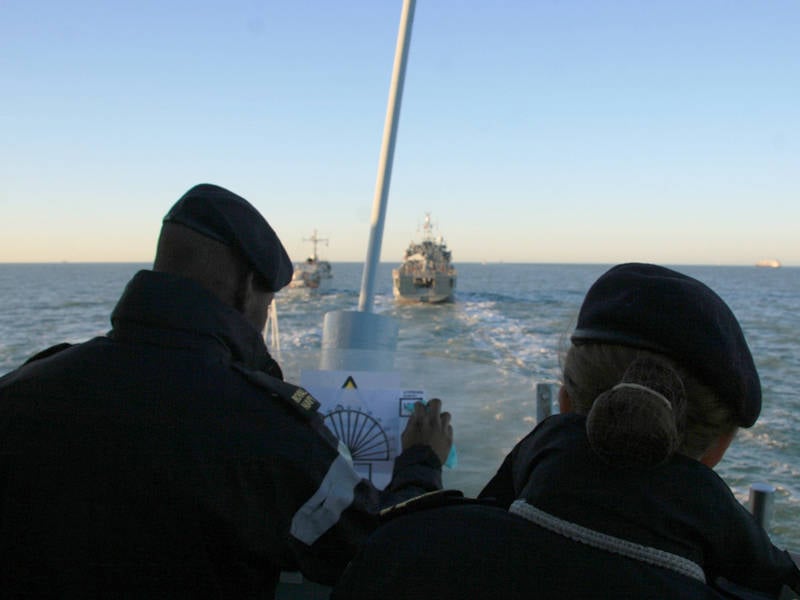 In general, over eight thousand people, forty warships and the same number of aircraft took part in these exercises. This is vividly proved by the fact that NATO is really planning very large-scale events that may be held in the Baltic Sea.

Experts believe that such exercises can help to work out the actions of strike forces of a strategic level, which will be involved during a military conflict in the east of the Baltic countries.

Also, do not forget about the teachings that are held near the borders of our country. For example, in July, the 2011 of the year in Lithuania, as well as in its territorial waters, conducted large-scale exercises of the alliance called Amber Hope. They were attended by 2200 people who are military personnel from nine different countries - the USA, Canada, Lithuania, Latvia, Estonia, Norway, Poland, Georgia and Finland. The first seven countries are members of NATO, while the last two are partners of the alliance.

During the exercises of the mines and trawls of the European Navy countries that are members of the Partnership for Peace Alliance program called “Open Spirit 2011” in the territorial waters of Latvia, another step was taken to prepare the coastal infrastructure of the Baltic countries to receive large-scale armed forces NATO. All the money needed to strengthen the infrastructure (building additional berths, carrying out works on dredging) was allocated by the European Union. This training allows you to place in the port area all the ships that take part in these exercises.

In addition, many exercises have been conducted in Poland. Here practiced the use of different types and types of troops (forces). The ground forces took part in the Dragon exercises, the Air Force took part in the Air Force, and the Navy in the Piranha. For these maneuvers, over 7500 military personnel arrived from the United States, Poland, Canada and Germany.

The general direction and increasing intensity of NATO exercises in close proximity to the borders of Belarus and Russia cannot but evoke complex conflicting feelings. In addition, everything that happens gives serious pessimism about the theses of the Strategic Concept of the Alliance, which clearly stated that henceforth "NATO is not a threat to Russia." However, against whom, if not against Russia, is this military bloc constantly being improved today, which is a product of the Cold War, which was waged against our country, as well as all the countries of the Warsaw Pact? On the one hand, this question is not simple. On the other hand, it is exclusively rhetorical. It is quite clear that all NATO can not show us any evidence in the absence of malicious intent, except for beautiful, optimistic statements? They did not take any steps that could provide us with at least legal security. In addition, every sane person has long understood that the political statements of NATO and their practical implementation quite rarely coincide. More often they seriously contradict each other.

Today, just like during the Cold War, many Western media outlets are convincing citizens, who openly declare that Russia continues to pose a serious and constant threat to their lives and freedom. The statement made by US Secretary of State Hilary Clinton, which can be read on the Internet, is excellently suited here. The statement clearly states that Russia constantly emanates a danger to the freedom and independence of the Baltic countries.

In Sweden, as well as in some other Baltic countries, many information operations are also anti-Russian. For example, in Sweden, especially in military circles, the possibilities of the country's armed forces to repel aggression from Russia are constantly being discussed. In July of this year, “scenarios” were distributed on the Internet, according to which the Swedish island of Gotland will be captured by Russia. The experts say that this will be done in order to ensure the continued safety of the Nord Stream gas pipeline operation. In addition, Mart Laar, the Minister of Defense of Estonia, adds fuel to the fire. Giving an interview to Delphi magazine, he substantiated in detail the scenario for stopping the tank invasion of Estonia by Russia. That is, the fact that Russia will attack the Baltic countries is no longer discussed by such experts. And there are plenty of examples of such Russophobic statements.

It must be admitted that the constant dissemination of such information never passes without a trace. For example, studies of the Council of EU international relations, which took place in twenty-seven countries of the organization, revealed that the political elite of some EU countries (Spain, Austria, Finland, Bulgaria, Poland, the Czech Republic, Estonia, Latvia and Lithuania) Russia is not considered otherwise than in as the main threat to the security of their countries and the freedoms of citizens.

The above facts, in sum with the exercises conducted in the territories bordering Russia, makes us seriously think about duplicity and hypocrisy on the part of the North Atlantic alliance regarding Russia. Yes, this relationship is filled with warm handshakes, smiles and the most peaceful assurances. However, it can be seen with the naked eye that there is not the slightest hint of trust. Consequently, any assurances made by NATO representatives at a summit held in Lisbon telling of strategic cooperation are nothing more than an illusion. Yes, the West constantly pours in political statements and curtsies to our country. But if you look at the official documents of NATO and the United States specifically, you can understand that Russia is still considered the main potential adversary.

Therefore, the statement of experts seems quite logical, stating that the NATO exercises that have taken place recently in the territory of Eastern Europe are nothing but a forerunner of real military actions that will unfold in this territory. Those who do not believe in the treachery of our “ally” can be cited as an example Libya, which also until the last moment received assurances from NATO of friendship and mutually beneficial partnership. The assurances were received until the shells started to explode on the streets of peaceful cities. So, any sane person will easily understand that any assurances of NATO are only words that hide the true, usually quite sinister, meaning.

If we trace the nature and direction of the latest exercises that are being conducted by NATO, then we can draw quite logical conclusions. And they seriously make us think seriously - are we friends with those?

The military-political leadership of the Russian Federation constantly monitors the situation associated with NATO exercises. The leadership of the alliance more than once was asked to limit military activity on the borders of the countries belonging to the alliance with Belarus and Russia. In addition, a proposal was made to create a new security system in Europe.

Alas, on the territory of Europe, they still do not want to listen to proposals from Russia. Her calls are simply ignored. You can say even more. The information war unleashed against Libya and the subsequent military operation demonstrates how inconspicuous NATO is with its words. Moreover, the leadership of the alliance believes that if today there are no obstacles capable of somehow limiting the violation of international rules related to upholding the interests of the West and overthrowing the ruling regimes that it does not like, then you can do what is beneficial for the countries in the alliance . The events of recent years have magnificently proved that the North Atlantic Alliance easily breaks all promises and manifests aggression towards other sovereign states. And this is true both for the US virtual plans and for the real actions of NATO.

The war in Libya, in sum with the latest NATO exercises near the Russian border, once again proves the urgency of the security system in Europe. It should equally ensure the security of all countries located in this region. The first step in this direction should be the exclusion of the constant planning of military operations against Russia, or the so-called Sandora, which surprisingly resembles our country. Apparently, the experts of the alliance no longer consider Russia to be an adversary, believing that one can disregard its interests and arguments.
Ctrl Enter

We are in Yandex Zen
The active phase of the "Sea Breeze-2013" exercise has been completed.
Teachings at foreign borders, or if you want peace ...
26 comments
Information
Dear reader, to leave comments on the publication, you must to register.