The Soviet-Finnish war was made difficult by the lack of winter shoes for both armies. 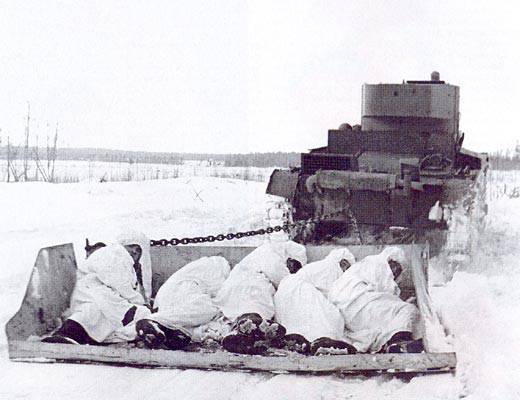 The Red Army, as is known from stories, It suffered during the Soviet-Finnish war, which preceded the Great Patriotic War. Besides the fact that the fighters prevented the fighters from moving fast into Finland, the bitter cold did not add enthusiasm.

Surprisingly, the Finns themselves suffered from low temperatures no less than the Russians. Finnish soldiers were also not given enough warm clothes, and winter shoes also far from every soldier was available.

One of the veterans of that war, Mr. Perttula, recalls how he was sent to the so-called Mannerheim Line. According to him, the Finnish soldiers fought, in what they did, because the military department did not have enough means to equip each fighter. Even the rifle was sometimes given out, according to Pentti Perttula’s recollection, one for three or four. Even untried youths were sent to fight - ordinary Finnish schoolchildren.

Parts of the Finnish army were sent to the front as if the state decided not to care about the outcome of the battle and the fate of their defenders.

The guys, many of whom were not even sixteen, were carrying heavy machine guns on themselves, because there were no sleighs, or even ordinary drags, to transport them. At the same time, the young fighters sank to the waist in the snow, and their legs were stiff so fast that they had to constantly stop and rub them with their hands. This is understandable: when ordinary rag shoes are on your feet, and on the street everything is 30 Celsius, you will not be able to fight here.

When the first blows of the Red Army followed, the Finnish units thought that the end would come to them in a week or two. In fairness, it must be said that the leadership of the Soviet Union saw the war stretched a maximum of a couple of weeks. But everything turned out quite differently.

At the same time, soldiers on both sides of the front died not so much under enemy bullets as from frostbite and overwork. Suffice it to say that the elite division of the Finnish army - the fourth Jaeger battalion was completely shod with ski boots. You can imagine how the feet of the soldiers froze when they went out at 40 degrees below zero. More fortunate for those who got boots. It was believed that if you got these shoes, then you are already a winner. In boots and in the battle went already with a completely different mood.

Agree, this information hardly fits with our stereotypes about Finland. Prior to receiving such information, it seemed to the majority of Russians that the Finns were superbly equipped fighters who are not afraid of either snow or frost. However, in reality, the 1939-1940 turned out quite differently.
It is possible that the names of the war and influenced the attitude of the Finnish leadership to their fighters. Since then, we have been talking about Finnish winter shoes as the benchmark for quality, reliability and warmth. Today, to buy Finnish shoes for the winter means to solve the main problems with the cold for your feet.

As usual, any nation (not only we, Russians) have to sip their heads before creating truly viable models of technology, weapons and even shoes. The Finnish War is a prime example.
Ctrl Enter

We are in Yandex Zen
If the Finns wanted to, or Once again about the Winter War
Two tank battles of the Soviet-Finnish war 1939-40.
8 comments
Information
Dear reader, to leave comments on the publication, you must to register.