Passivity in Ukraine is unacceptable ("The Washington Post", USA)

April 13 2015
28
As long as Western attention is focused on the Middle East, Russia continues its aggression in the eastern regions of Ukraine. In the most egregious manner, violating the ceasefire agreement reached on February 15, she daily shells the positions of the Ukrainian army with artillery guns, tanks and heavy mortars. Since last Saturday, nine government troops have been killed. The latest report of the international monitoring mission, published on Wednesday, refers to "a general increase in the number of ceasefire violations." By silence, the West only increases the likelihood that this offensive will intensify. 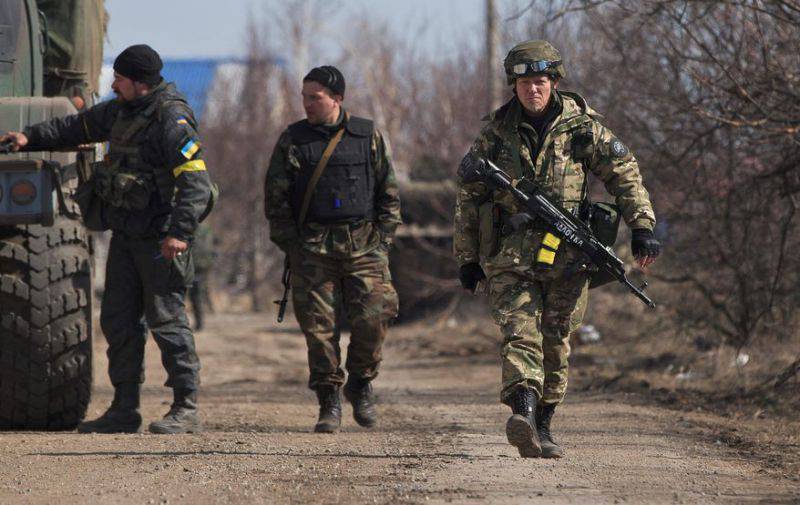 The cease-fire agreement requires Russian-backed forces to withdraw artillery, tanks and other heavy weapons from the front line. weaponby placing them in such a way that OSCE inspectors can observe them. Instead, part of the weapon is still used in daily shelling, and Russia sends all new equipment across the border. “We continue to observe with alarm how the equipping of militia with air defense, control, and technology equipment is carried out across a completely transparent border,” said Supreme Commander of NATO Combat Forces General Philip Breedlove at the end of March.

The attacks of Russian-backed forces are focused on two directions: north of the city of Donetsk and its airport, and east of the Black Sea port city of Mariupol (Mariupol stands on the Sea of ​​Azov - approx. Transl.) This city is considered the most likely target of the new Russian offensive; his capture will allow Moscow to open a corridor to the occupied province of Crimea, to which she is not able to reach today by land.

Some experts believe that the Russian attack on Mariupol is inevitable. An expert group led by former NATO commander Wesley Clark last month, funded by the Atlantic Council and the Open Society Foundation, announced last month that the Russian attack could take place within 60 days and begin already next week. Clark said that Moscow sent to the east of Ukraine to help local militants numbering 30-35 thousands of people, reinforcements from 9 thousand soldiers, giving them 400 tanks and 700 artillery pieces.

According to Clark, the Ukrainian forces have shown themselves well in battles against local militants, but they cannot be compared with Russian units with their modern weapons. Among other things, government forces do not have anti-tank weapons capable of stopping Russian T-90, and there is also no radio communication equipment that cannot be silenced. Like many experts from the Obama administration and beyond, the retired four-star general of the American Army Clark noted that the decision of the United States to supply Ukraine with defensive weapons could deter the Russian offensive. At a minimum, he said, the United States must transfer these weapons in advance and announce that they will be delivered to the troops immediately if a new offensive begins.

It seems that the Ukrainian troops could use these weapons right now to save the lives of soldiers who die from incessant Russian shelling. However, President Obama still disagrees with senior leaders who support the supply of weapons. Like the leaders of the European Union, he ignores the flagrant violations of the cease-fire agreement. American and European leaders say they will take action if Russia actually attacks Mariupol. But while maintaining passivity, they make this offensive increasingly likely.

mybusiness1
"... President Obama still does not agree with senior leaders who support the supply of weapons."
And thank God! A glimmer of sanity in a cloud of chaos. Editorial advice is the right path to disaster. Look at Iraq, Syria, Libya, Yemen, and so on. Apparently, mistakes do not teach them anything.

Leipold
Enough of teasing the bear. If they want Ukraine, they will get it. Relax. We can not do anything with it. If we had stayed away from Ukrainian domestic politics from the very beginning, nothing of the kind would have happened. It is time for the United States to stop complicating the situation EVERYWHERE. We are a great country, we are a wonderful country, but we continue to spoil everything.

Deisha
Yes, let Putin takes Ukraine. She is still hopeless economically. Let him pay Ukrainian bills, it will only accelerate his fall.

johnliu98
Of course, it is up to the Ukrainians themselves to expel the Russian invaders from Ukraine, but Western countries must supply weapons and other supplies to the brave Ukrainian soldiers.
Smart people believe that the best way to expel Russians from Ukraine is to transfer the war to Russian territory, because the Russians in this case will not receive worldwide support, except from the evil Chinese regime. Everyone should remember that a billion Chinese, many Japanese, Iranians and others did not forget, and the Russian invaders, who seized the territories of their neighbors and killed their people, would be remembered for another thousand years.
In fact, the Russian Putin without the help of evil China is ultimately a paper tiger, and his usual blackmail and the threat of use of nuclear weapons can only scare Japan.
The best way to end the aggressive and criminal actions of the Russians is to destroy and destroy these invaders in their own territory.