The state defense order fell into a coma ... 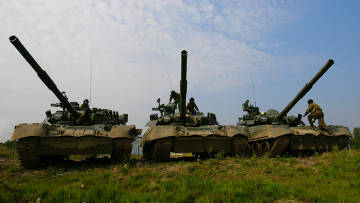 The second autumn month has gone, the recruitment to the ranks of the Russian army has begun, the year is moving smoothly to a logical conclusion, and the problem with the GOZ (State Defense Order) 2011 still remains unsolved. At the same time, literally the entire year, the problem with the implementation of plans to re-equip the army was trying to be solved at the highest state level. In particular, at the end of spring, Sergey Ivanov, Deputy Prime Minister of the Russian Federation, reported to President Dmitry Medvedev about who was to blame for the breakdown in cooperation between the military department and the manufacturers of military equipment. After such a disruption of the guilty masks, the President decided to dismiss all those who "organized sabotage" GOZ-2011. Among the dismissed were Major General Vaganov, who as of May 2011 was the deputy chief of the Main Directorate of the Armed Forces of the country; Vice Admiral Borisov, the deputy head of the Navy, and Colonel Krylov, who is responsible for organizing military orders. Since then, it would seem, the case with government procurement should have taken leaps and bounds, but it was not there!

Great hopes were pinned on MAKS-2011, during which the KLA of Russia was to conclude multi-billion contracts with the Ministry of Defense in terms of supplying new combat training Yak-130, fighter jets, including the MiG-29K.

However, MAKS-2011 in Zhukovsky brought another batch of disappointments. We can say that it was at the salon that the most acute contradictions between customers and manufacturers of military equipment were revealed. They concluded that the producers knew perfectly well that Mr. Serdyukov had the money, but he was going to spend it with great survival. The Ministry of Defense did not understand why all of a sudden the prices of those aircraft, the interest in which was the highest on his part, suddenly jumped so rapidly. For example, we can say that one Yak-130 for the Russian Air Force was offered at the price of 15.4 million dollars. As the Ministry's financiers calculated, it is 20% more than its real value. In turn, representatives of the United Aircraft Company stated that this is the most optimal price, since any price below the proposed one will be unprofitable for their production, and therefore unacceptable.

It should be noted that the planned scale of GOZ-2011 really impressed and continues to impress. As much as 750 billions of rubles were allocated from the state treasury. The Russian army has never received such a sum during its existence since the beginning of the nineties. It was GOZ-2011 that was seen by high state ranks as a powerful impetus for the re-equipment of an aging Russian army. However, everyone can get a glimpse, but the real state of affairs often does not coincide with such visions.

In essence, the contracts of the Ministry of Defense with Sevmashpredpriyatiy failed. According to these contracts, the Russian Navy was to receive in the near future several submarines of the Yasen and Borey classes. But such supplies remained in the thoughts of high-ranking military sailors and the country's leadership. And if the Yak-130 aircraft is somehow, but you can wait, then with the Boreas - in any way. Why? Yes, because it is the Borey-class APRK that are the regular floating bases for launching the Bulava ICBM. Before 2020, such missiles should resolve the issue of a new Russian security strategy. However, the decision is still somewhere not in the foreground.

Before the same 2020, the Government plans to allocate an enormous amount of about 20 trillion rubles for the modernization of the national army. This amount, including, became a stumbling block in the matter of the work of the former Minister of Finance Kudrin. The head of the ministry openly refused to support the policy of top leaders about such large-scale injections into the army. Many a couple of months ago, they accused Alexei Kudrin of sabotage and called him a miser, who “pinches” the budget funds allocated for the army. The President recently also allowed himself a sharp criticism of Kudrin’s actions and stated that he was ready to dismiss any person who acts as a weak link in matters of modernization of the Russian armed forces.

As a result, the usual business conflict between the Ministry of Defense and manufacturers of military equipment went beyond the business and reached the highest levels. If today there are no concrete measures to save the planned modernization program, then all plans can turn into a beautiful mirage. In this case, even the usual search for the guilty can not lead to absolutely nothing. So, one should not look for "scapegoats", but sit down at the negotiating table and find the right solution.