The Falkland Scenario may repeat on the Kuril Islands: expert opinions 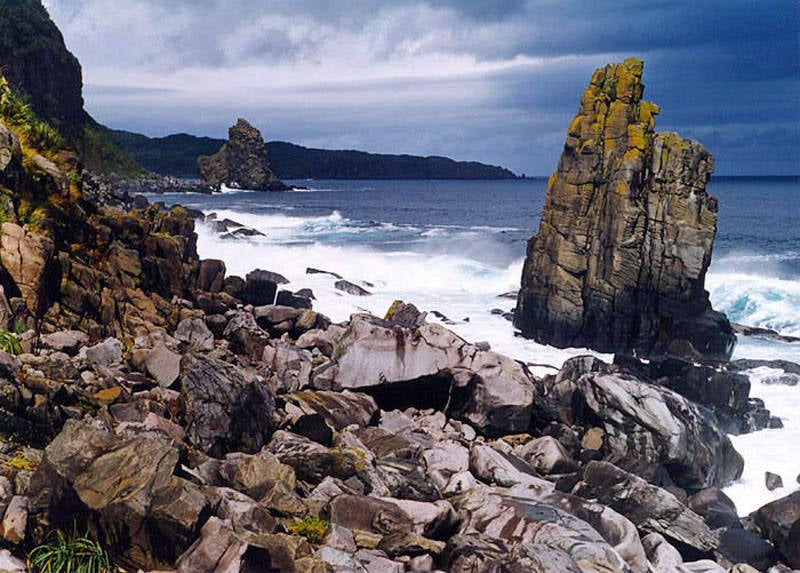 The unstable situation in the entire post-Soviet space can be brought to a critical point at any time. This was stated by the deputy director of the Center for Analysis of Strategies and Technologies Konstantin Makienko 29 September in Moscow during a round table on the topic "What war is the Russian army ready for?", Reports the news agency REX.


“As for probable threats, this topic has been discussed. I repeat: of course, today there is such a picture that the maximum military threats for Russia are in Central Asia: this is the internal instability of despotic states, and the import of instability from Afghanistan. This probability is associated with the coming to power of the Taliban regime, but Pakistan, who has been in crisis for 20 years, and which regime can jump out there, also needs to be watched, this is a question. The Pakistani army is a very good army, which is even higher than the Indian army in quality. But I would also say that the entire post-Soviet zone is a zone of potential risks and conflicts. The entire configuration of the Belovezhskaya system is illegal, and there is a risk of its transformation. This whole system has been in crisis since 1992. I think that this instability can be brought to a critical point at any moment, ”the expert fears.

The specialist also drew attention to the tense situation in the Far East: “Another important region is the Far East, and this is due to foreign policy. I would draw attention to the probability of the Falkland scenario for the Kuriles. Although they say that Japan will not decide on this step, there were also few people in Britain who thought about the implementation of the Falkland scenario. Beat the Kurils will be difficult. I would not appreciate the possibility of problems with China, but there are risks: the collapsing infrastructure of China and at the same time the enormous resources of the Far East. 20 trillions on rearmament is the absolute minimum. In fact, according to some estimates, rearmament requires about 50 trillions. This is the minimum minimum of what is needed, and the maximum maximum of what a country can give. ”

Viktor Litovkin, editor-in-chief of the Independent Military Review weekly, did not agree with Konstantin Makienko about the threat from the Pakistani army: “The participation of Pakistan in the conflicts in Central Asia seems to me a great fantasy. In order for Pakistan to reach Central Asia, it is necessary to go through the whole of Afghanistan. The question is that the teachings of Center-2011 are part of large exercises that took place throughout Russia.

Lukashenko felt that he should contribute to the CSTO, because otherwise the troops would not come to his aid. The participation of the Ukrainian battalion in the exercises is also a significant moment. The participation of all military units is indicative, but note that the exercises were primarily strategic in scope, but the brigades actually worked, that is, the effect of the local conflict and the effectiveness of the reforms over the past three years were worked out. These are serious large-scale maneuvers of troops. It seems to me that the focus on Central Asia and the desire to develop scenarios of action against religious extremist organizations is not entirely justified, because armies cannot fight popular unrest. Indeed, Al-Qaeda network systems exist everywhere, they are deeply conspiratorial, they are being prepared, and they will act gradually, disturbing the population. Which army and which Tanks can be against them? It is important that you will need to spend 90% of finances on the undevelopment of such events. And turning Bishkek into Grozny of the 90s is not serious. Need to fight with extremist organizations. This was the only serious flaw in the teachings. ”

As reported earlier by the REX news agency, the director of the World Trade Analysis Center weapons Igor Korotchenko said that the main external threat to Russia could come from Central Asia. “There is a need for us to develop military contacts in Kazakhstan. In the framework of cooperation, it is necessary to strengthen the Kazakhstan armed assault potential aviation. This is extremely important, because in the event of threats of instability, the country could be given support, ”the expert is sure.

Ctrl Enter
Noticed oshЫbku Highlight text and press. Ctrl + Enter
We are
A great interview with Sergey Lavrov: about Ukraine, Obama and IranWhat you didn't want to know about England
45 comments
Information
Dear reader, to leave comments on the publication, you must to register.