April 10 2015
38
The Dream Chaser spacecraft (the “Runner for a Dream”) widely known in the aerospace community of the company SNC (Sierra Nevada Corporation) has previously dropped out of the fight for the right to deliver astronauts to the ISS in the future. However, in addition to the astronauts, various cargoes need to be delivered on board the International Space Station. Therefore, the spacecraft still has a small chance to visit space, but already in the role of an unmanned cargo ship.


The creation of the Dream Chaser spacecraft was carried out as part of the NASA program to transfer the organization of space flights and supply the ISS to private aerospace companies. The original Dream Chaser spacecraft was created solely to take part in the NASA Commercial Crew Program, in which the reusable spacecrafts were to deliver astronauts and cargo to the ISS and return with them back to Earth. However, to participate in this program the ship will not succeed. But he has a chance to catch on with the NASA Commercial Resupply Services 2 program (CRS2) for delivering cargo to the space station, this program covers the period from 2015 to 2024 a year. To participate in the competition to conclude a contract with NASA, Sierra Nevada presented its new version of the Dream Chaser spacecraft, capable of delivering various cargoes to Earth orbit, this time it is an unmanned spacecraft.

While all competing projects resembled a return to technology as early as the 60s of the 20th century, SNC offered a different approach - a real space plane with a carrier fuselage, which was able to take on board up to 7 passengers. This unit could fly as an ordinary plane during its return to Earth, completing its flight on an ordinary runway of the most ordinary airfield. It can be noted that the design of the Dream Chaser spacecraft was significantly different from the designs of the spacecraft of competitors represented by SpaceX and Boeing. This is not surprising, considering that the project from the SNC was a reincarnation of the shuttle and could fly in the atmosphere of the Earth, like an ordinary plane. 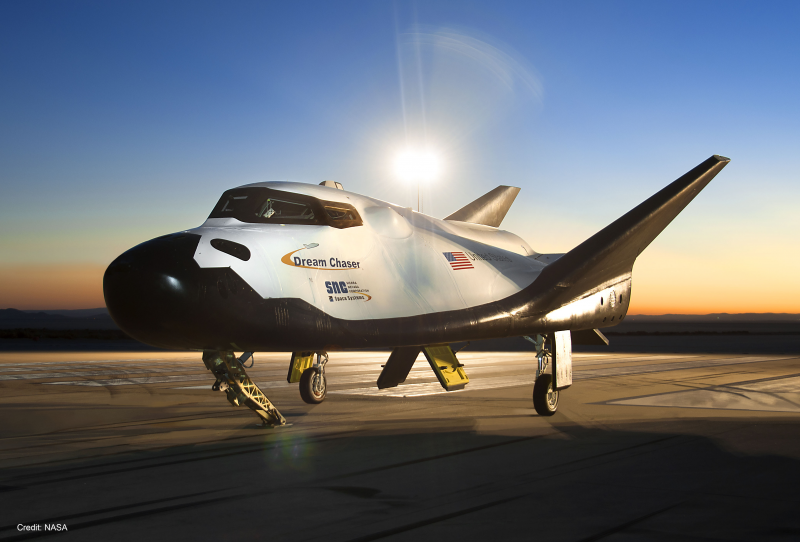 But the task of developing such a spacecraft turned out to be very difficult, so the specialists from Sierra Nevada completely lost the competition to their main competitors, the company Boeing with its spacecraft CST-100 and the company SpaceX with the spacecraft Dragon Grew. NASA experts decided to give preference to the standard capsule ships. It is already known that the US space agency is ready to allocate 2,6 a billion dollars to SpaceX for the development of the Dragon capsule and 4,2 a billion dollars to Boeing for the development of the ship CST-100.

Despite protests by lawyers from SNC, representatives of the US Government Accountability Office, the US Department of Public Responsibility, left the decision taken by NASA unchanged. Now the company is again preparing to enter the “arena of struggle” with competitors, but with a renewed ship. This is an automatic unmanned cargo ship Dream Chaser. Now the company wants to conduct its spacecraft as a transport, delivering cargo on board the ISS.

According to the available information from the Sierra Nevada company, their unmanned version of the Dream Chaser spacecraft is almost the same ship as before, it is not far from the first option. The spacecraft is driven by a unique hybrid rocket engine that uses special plastic (hydroxyl-terminated polybutadiene, HTPB) as fuel and nitrous oxide as an oxidizer. Unlike the manned version of “Running for a Dream,” an unmanned cargo ship will receive unsealed and sealed compartments, and its wings will have a folding structure. Thanks to the folding wings, the truck can be easily “packaged” inside a standard protective capsule used on Atlas V and Ariane 5 launch vehicles.

The Dream Chaser spacecraft is launched into orbit with the help of an Atlas V rocket, while the ship is located at the top of the rocket, in contrast to its lateral position, as was the case with the Space Shuttle. This arrangement makes it impossible to damage the spacecraft at the time of launch. Landing - horizontal aircraft. At the same time, the possibility was provided not just of planning, like that of shuttles, but a full-fledged independent flight with the possibility of landing on any runways with a length of at least 2500 meters. The case of the device is made of composite materials and has ceramic elements of thermal protection.

Currently, the spacecraft continues to undergo tests of its systems for the commission of a future first flight into space, although NASA did not choose this type of spacecraft to deliver astronauts onboard the ISS. The next stage of the tests conducted under the number 15 proves that the jet control system of the Dream Chaser spacecraft is able to operate in vacuum conditions close to real space conditions. This system should help the prospective shuttle to perform various maneuvers while in space, as well as control the spacecraft during takeoff and landing.

“Overcoming this test line, we will be able to test the reliability and safety of our motor system,” says Mark Sirangelo, who is vice president of Sierra Nevada’s Space Systems Division. “Successfully overcoming this phase of testing will bring us closer to the first orbital flight of our new space shuttle.” It is worth noting that Sierra Nevada has already successfully completed all but one of the 13 test phases, which are conducted in accordance with the Commercial Crew Integrated Capability Agreement (CCiCap). 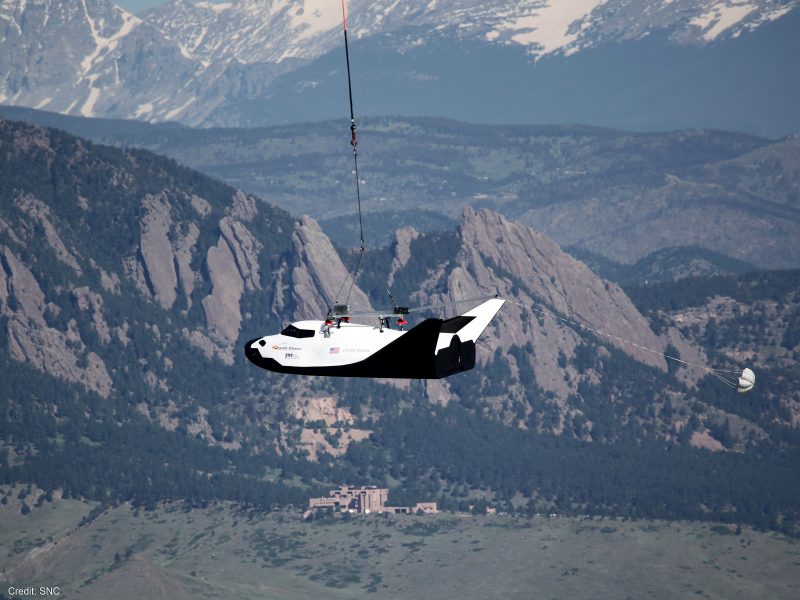 The promising space shuttle Dream Chaser is expected to continue flight testing at the end of 2015. It is assumed that the tests will be conducted at Ellington Airport in Houston, which will be used as a landing site. As the official representative of Sierra Nevada said, Ellington International Airport has already received permission to use it as a “cosmodrome”.

The report of the head of the corporation Sierra Nevada Mark Sirangelo says that the agreement with the Houston airport will allow the company to realize all the advantages of the spacecraft "Dream Chaser". This can provide us with the opportunity to deliver materials and goods of particular value to scientists from Houston directly from space. Earlier in the press there was information that the first unmanned orbital flight of the new space shuttle was to be held on November 1 of the year 2016. 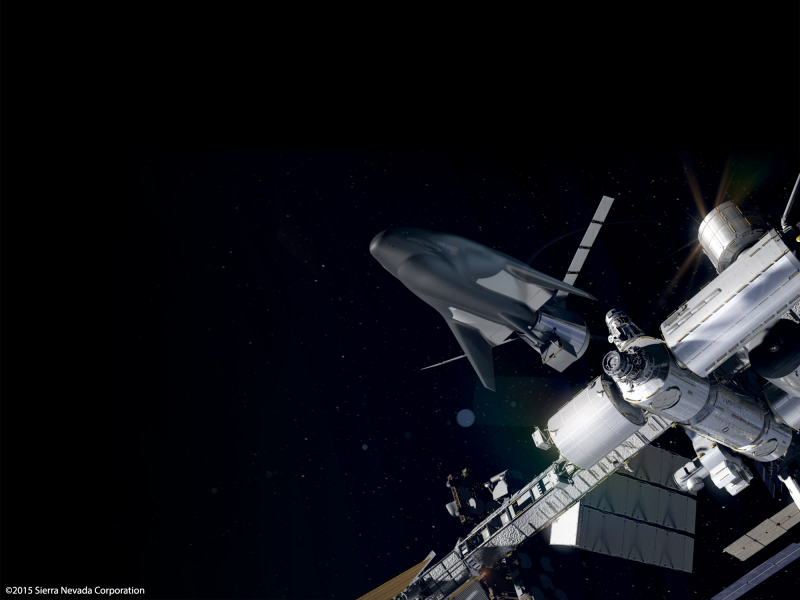 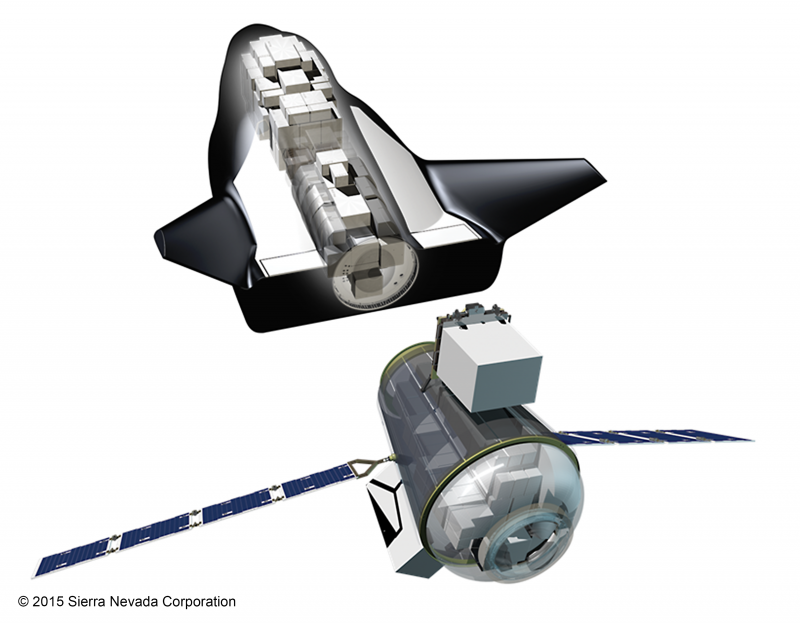 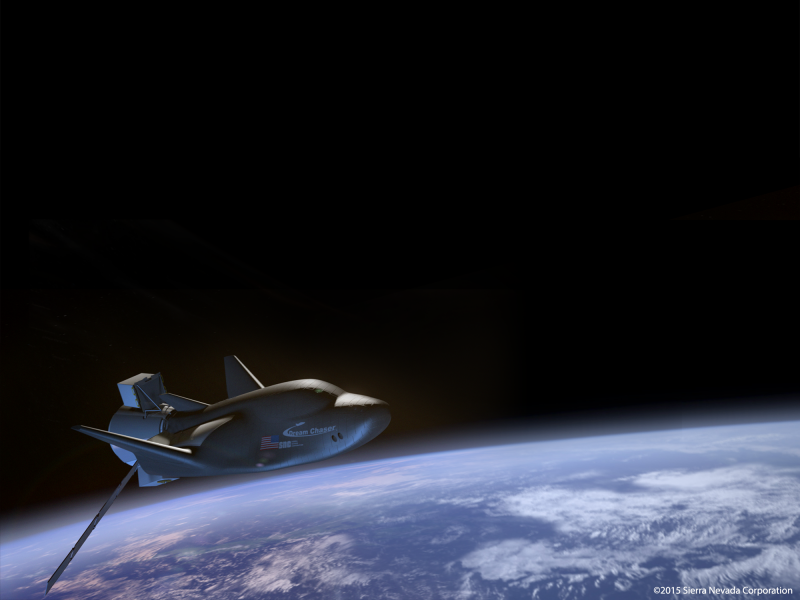 Ctrl Enter
Noticed a mistake Highlight text and press. Ctrl + Enter
We are
The Washington Post: America’s most intriguing spacecraft has incredible Cold War rootsIs space will only be the American dream?
38 comments
Information
Dear reader, to leave comments on the publication, you must to register.