How to be a Russian aircraft carrier? 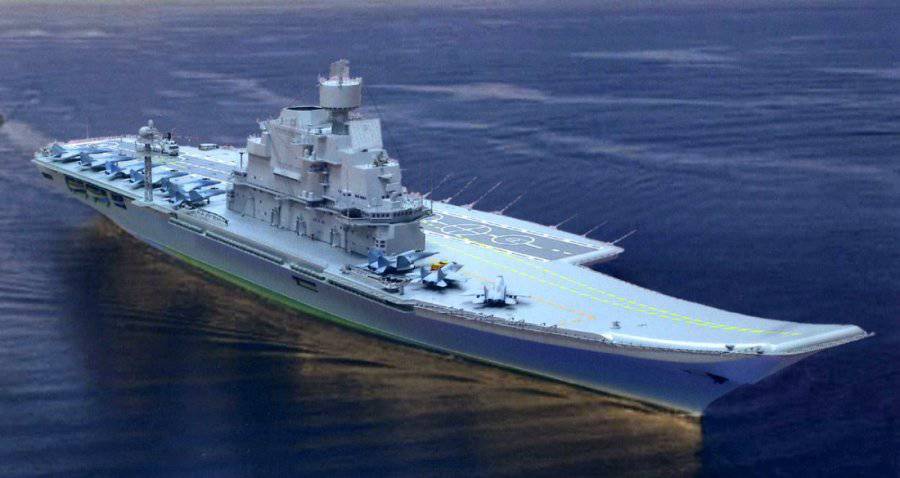 Major-General Timur Apakidze, the hero of Russia, once said that “the country was tormentingly long to create aircraft carriers, without which the Navy simply loses its meaning in our time”.

In May 2007, the then Commander-in-Chief of the Navy, Admiral fleet Vladimir Masorin led the meeting of representatives of the research complex of the Russian Navy, which was held at the Central Research Institute of the Russian Federation, St. Petersburg. As part of this meeting, the question was raised about the need and availability of the possibility of building aircraft carriers for the Navy. Particularly emphasized was the fact that the presence of an aircraft carrier in the Navy is “a necessity completely substantiated from a theoretical, scientific and practical point of view”. A month later, Masorin said that after a comprehensive deep and thorough study of the issue of promising areas of naval construction, an unambiguous conclusion was made about the need to build and introduce up to six new type ships in the fleet in the next 20-30 years. According to him, it should be an atomic aircraft carrier with a displacement of about 50000 tons and having about 30 aircraft and helicopters on board. “The communities that are building the US Navy, based on 100-130 aircraft, we will not build,” said the admiral. However, soon instead of Masorin, who had left "by age," Admiral Vladimir Vysotsky was appointed to the post of commander-in-chief of the Navy, and talk of new aircraft carriers subsided for a while in the light of the new program for the purchase of four Mistral-type ships. It should have cost Russia about 2 billion euros.

In 2009, information reappeared on plans for the design and construction of a new aircraft carrier in Russia, then the Commander-in-Chief of the Russian Navy announced that the Russian fleet would receive marine air complexes. These complexes should have consisted of marine aviation and space components, and were called upon to replace the classic aircraft carriers familiar to everyone. Later, in 2010, the media already announced the start of construction of four new aircraft carriers by 2020 at the expense of the state arms program. The Minister of Defense of the Russian Federation replied to this with a refutation, his words were confirmed by the Deputy Prime Minister, saying that the construction of such facilities was not provided for by the weapons program for 2011-2020. At the end of February 2011, Vladimir Popovkin, at that time the first deputy minister representing the weapons program, did not mention the topic of aircraft carriers. 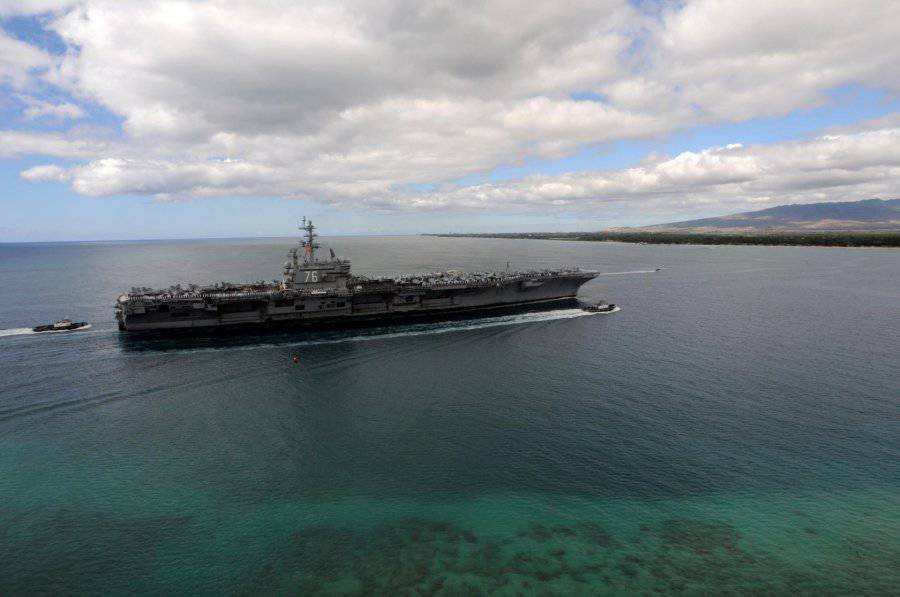 Finally, 29 June 2011, the President of the United Shipbuilding Corporation, declares that 2016, the year the corporation is starting to design and build an aircraft carrier for the Russian Navy. According to preliminary data, it will have a nuclear power plant and a displacement of 80000 tons. At the same time, he adds “Russia needs aircraft carriers” and declares the very next day that construction will begin on the 2018 year, and end on 2023, without specifying either the dates for or the launch of the new ship into the fleet. (?) How much it will cost the country, just was not announced. If we take for example the cost of a Nimitz-class American (about five billion) and a modernization of the Gorshkov for India without the cost of aviation for him (about 2 billion dollars), then without taking into account the aviation group, the figure is quite impressive.

Currently in the world there are three main schemes of aircraft-carrying cruisers, in the international classification, having the following abbreviations: CATOBAR, STOBAR and STOVL.

CATOBAR (Catapult Assisted Take Off But Arrested Recovery) - the plane takes off with the help of a catapult and landing is carried out using an aerofinisher. Basically, such a scheme is used on aircraft carriers in the United States and France. The catapult accelerates the aircraft to 300 km / h with a take-off weight of up to 35 tons.

STOBAR (Short Take Off But Arrested Landing) takes off with a short run with the help of a springboard, landing takes place as in the first case on the aerofinisher. The aircraft-carrying cruiser "Admiral of the Fleet of the Soviet Union Kuznetsov" is a typical representative of this scheme.

STOVL differs from the first type in that the landing is carried out vertically. This group includes the British Invincible, the Spanish Prince of Asturias and some others.

What type will be the first Russian aircraft carrier? It's not clear yet. Judging by the estimated displacement, the ship will use a scheme with catapults and aerofinists. In this case, the 1143.7 Ulyanovsk project, an atomic aircraft carrier, whose development program was launched in the 1984 year, could be used as the basis for the construction, but was frozen due to lack of funding in the 1991 year. According to the project, its displacement was to be 74000 tons with a length of 323 m, a width of the flight deck 78 m and a draft of 10,7 m. 70 aircraft units were to be based on the aircraft carrier, it was foreseen the presence of deck MiG-29K and Su-33 on board. Two catapults, a springboard, were used for takeoff, and an aero-finisher for landing.

There is another option - the development of nuclear aircraft carrier cruiser 1153 "Eagle". The planned displacement was 65000 tons at the air group in 50 units. The project was closed at the end of 1976 and the Admiral Gorshkov was built with funds for its construction, which the Indian Navy has now acquired.

Currently, the Russian Navy has a heavy aircraft carrier, the Admiral Kuznetsov (project 1143.5), which is part of the Northern Fleet combat formation. It is based on X-NUMX helicopters Ka-12 and 27 decked Su-23. As part of the Navy, he is from 33 January 20 of the year. The normal service life until replacement for ships of this class is 1991 years. It turns out - almost half the time has passed for “Admiral Kuznetsov”, considering how long it takes to develop and build naval equipment, it’s time to think about replacing it.

It should be borne in mind that while the ship is being built, the political and economic situation in Russia and in the world will change unpredictably, and decisions made today may play a key role tomorrow.

We are in Yandex Zen
"Svetlana". History of creation
Russian aircraft carrier - the dream becomes true?
37 comments
Information
Dear reader, to leave comments on the publication, you must to register.