April 8 2015
13
Russian Foreign Minister Sergei Lavrov gave an interview to Dmitry Kiselev, general director of the Russia Today MIA. According to Comrade Lavrov, the lifting of sanctions against Iran will allow this state to pay off Rosatom in full, and this will give Russia billions in revenues to the budget. Russian experts predict an increase in trade between Tehran and Moscow. Russia will be able to restore cooperation with Iran in the areas of food, energy, metallurgy, aircraft manufacturing, mechanical engineering, etc. 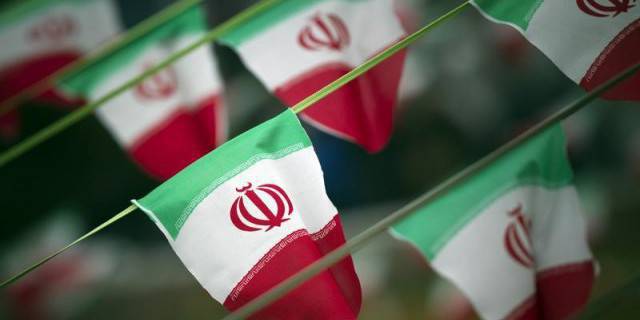 Russian Foreign Minister Sergei Lavrov gave an interview to Dmitry Kiselyov, Director General of the Russia Today Institute. One of the central themes in the conversation was the agreement on the Iranian nuclear program, concluded in Lausanne. According to the minister, the agreement with Iran will not lead to an arms race.

"For the arms race - no reason," - quotes Lavrov RIA News". According to the minister, the agreement with Iran will not lead to negative consequences for the nuclear non-proliferation regime. At the same time, Lavrov noted that the parties to the negotiations had to “ensure that these principles were nevertheless translated into a language of very specific, up to a single digital sign, agreements”. The minister sees the picture as follows: “Iran will be the most controlled, the most inspected (country), if the principles agreed in Lausanne are translated into the language of practical agreements, and this language can only be mutual, and therefore we must also listen to our American colleagues as they see the process of lifting the sanctions. ”

As for the positive changes for Russia, the minister said that the lifting of sanctions would allow the Islamic Republic of Iran to fully pay off Rosatom, which would provide billions in revenues to the Russian budget.

Olga Samofalova and Ekaterina Neroznikova ("Sight") bring the opinions of experts on future changes in the market. These changes will inevitably affect the position of Russia. Some experts find the impact of the lifting of sanctions on Russia negative (oil will become cheaper), others, on the contrary, make positive conclusions.

Viktor Sham, Vice-President of IHS Energy Insight, believes that the agreement between the mediating countries and Iran in Lausanne could lead to a fall in the price of Brent oil — instantly by five dollars. In addition, when Iran returns to the oil market, a surplus of raw materials will increase there, which will lower Brent to 30 dollars per barrel.

In case of lifting the sanctions on the supply of Iranian oil there will be a collapse in prices on the world market. All oil-producing countries will suffer from this, and Russia, too, Dmitry Kipa (QB Finance) told the Vzglyad newspaper.

However, not all experts look at the matter so gloomy. After all, the lifting of sanctions on Tehran will happen earlier in three months. Moreover, in order to lift the sanctions, there must be an appropriate decision of the verifying “controller” - the IAEA.

Alexander Egorov (TeleTrade Group) said, “Looking”: “But three months is too long. As the sages said, “during this time either the donkey dies or the sultan dies.” We must remember that mining in the United States shows signs of recession. Oil prices may even rise. “Yes, and new growth drivers may well arise,” said the expert.

Director General of the National Energy Security Foundation Konstantin Simonov echoes the expert. According to him, the influence of the Iranian factor on oil prices is greatly exaggerated. Geopolitical games in the Middle East will play an important role in pricing: “After the introduction of sanctions, Iran’s share in the European energy market was taken by Saudi Arabia. If Iran plans to increase the share of oil production, then this decision must be approved by OPEC. Therefore, I do not exclude that a tough conflict is possible within OPEC, based on the contradiction between Iran and Saudi Arabia. And if we add to the oil issue between these countries also a geopolitical confrontation in Yemen, then we can imagine the level of mutual hostility. ” As for the conflict in Yemen, he, according to the analyst, will continue. The conclusion follows: “Considering all these factors, I would speak about the rise in price of oil, and not about the price reduction”.

We must remember about the volume of oil sold. If Iran can export only 25-30 million tons of crude oil per year, then Russia sells 250 million tons, not to mention oil products. Simonov says: “These are not the numbers that could undermine Russia's market share in the oil sector. Therefore, it is not necessary to say that Iranian oil will jump out sharply, like the hell out of a box, and capture the market share of Russia. ”

Moreover, Iran will not be able to dramatically increase production and throw large volumes of oil onto the market. Production in the country decreased not only because of sanctions, but also because of the lack of investment. According to Dow Jones, mining today is conducted at old fields, using outdated technology. Iran has no money to develop new fields.

The lifting of sanctions from Iran will open up new opportunities for Russian companies, said Deputy Prime Minister Arkady Dvorkovich. “There are opportunities, there are contacts, I think that our companies will offer projects that have chances for implementation in the near future,” he believes.

Tehran is interested in increasing the supply of Russian food. Russia will also be able to restore cooperation in the field of metallurgy, aircraft manufacturing, engineering, agriculture and energy.

Iran is ready to buy Russian heavy trucks, as well as rails. “Russian metallurgists, first of all steel and aluminum producers, have the greatest potential for cooperation. Supplies of steel products may increase by 60-70%, ”Anna Kokoreva (Alpari) told the newspaper Vzglyad.

The work of the two countries in the field of nuclear energy will be simplified, including the construction by Rosatom of additional capacity in Iran. In November last year, Russia and Iran concluded the largest deal in the global nuclear market: the parties signed an agreement on the construction of eight nuclear power units in Iran. Only on this deal can Moscow earn tens of billions of dollars.

As a result of the lifting of Western sanctions on Iran, the trade turnover between Iran and Russia may increase three to four times, from 1,5 billion dollars to 6 billion dollars a year, Kokoreva said.

Evgeny Krutikov ("Sight") believes that the renewal of the Iranian army will give a chance to the Russian military-industrial complex.

“We believe that weapons the embargo against Iran should be lifted immediately after reaching an agreement, ”Deputy Foreign Minister of Russia Sergei Ryabkov said last Thursday after talks between the six mediating countries and Iran.

And in the State Duma Defense Committee, they warned: in the event of the lifting of the arms embargo, Moscow would deliver the previously promised C-300 to Tehran.

“Iran has the largest army in the region with perhaps the strongest fighting spirit and a sense of patriotism, but with the most mossy and ancient organization and equipment. A significant part of the fleet of armored vehicles and tanks preserved from the time of the Iran-Iraq war. Compared with the army of the main regional adversary - Saudi Arabia - Iran still looks winning, despite the fact that the Saudis are literally crammed with the latest weapons. Iran with its current army is quite capable of crushing Saudi Arabia, but a clash with a more experienced adversary, such as Israel or the United States, is already problematic. ”

When returning to the contract with Moscow on the announced new conditions, Tehran could get C-300 with new missiles. Russia is ready, according to the director general of Rostec, Sergey Chemezov, to deliver C-400. True, from Tehran there is an application only for C-300.

In the matter of creating a missile defense system and air defense for Iran, Russia has practically no competitors, the newspaper notes. The US will not deliver anything like Iran.

However, selling such systems is not trading matches.

“... Russian industry does not produce enough complexes to sell them right and left. Those systems that were offered to Iran as an old contract were disarmed in the Russian Federation, and it will be possible to speak seriously about the supply of C-400 no earlier than in 10 years. Only the construction of two plants in Kirov and Nizhny Novgorod for the concern "Almaz-Antey." The actual missiles for the C-400 will be manufactured in Kirov, and navigation equipment, radar, launchers and communications equipment will be manufactured in Nizhny. Only after these plants reach their planned capacity will it be possible to seriously talk about any massive C-400 shipments abroad. ”

If in the field of air defense and missile defense Russia has in the Iranian market, we can say that there are no competitors (Chinese products are unreliable), then aviation competition will be. For example, France will start fighting for the Iranian market. On the other hand, the Iranians will want technology transfer and staff training, and the French do not like it. And here the advantage is on the side of Russia. “The Persians ... think on an eternity scale and will no longer rely on someone else’s maintenance,” the author writes. However, it’s too early to talk about this yet: in Iran “there are simply technically no capacities, relying on which it would be possible to produce, say, modern tanks. The entire process chain is missing - from metal production to electronics. It’s hard to imagine that Tehran will immediately rush to build factories and return to plans for industrialization such as the first five-year plans of the Soviet Union. ”

Analyst's conclusion: Russia, in spite of everything, has a “serious chance” to seize the Iranian market “seriously and for a long time.”

Thus, let us add, many experts doubt that the supply of Iranian oil to the world market will soon be able to “bring down” prices and have a negative impact on the Russian economy, which depends on the sale of raw materials. There are two reasons for this: first, the Americans are reducing oil production in shale; secondly, Iran will need time to increase production. In addition, these volumes themselves are small in comparison with the Russian ones.

Among the prospects for the development of cooperation with Iran, experts point out the possible growth of trade in various areas: from food and metallurgy to nuclear energy, aircraft manufacturing and the military industrial complex. New opportunities will open after the removal of Western sanctions from Iran, that is, not earlier than three months after the preliminary approval of the IAEA inspectors.