Born a punisher - there can be no hero 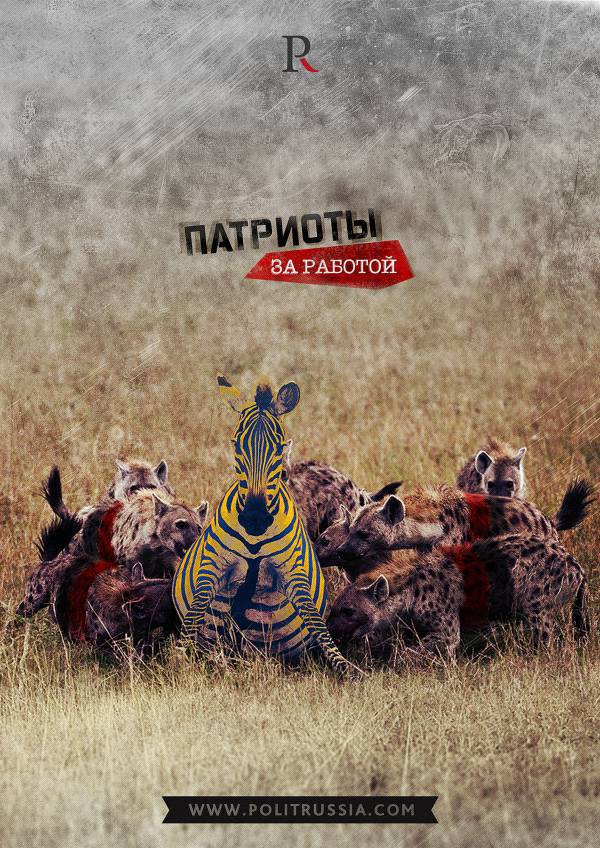 "Nationalism is patriotism in a state of hysterics!" (Albert Schweitzer).

“De vi ıshli - there is a pussy and Ruina,
І the corpses did not move to the pits, -
Spit the blood of "Nenko Ukraine"
Mordy you and your hazyam. (V.Simonenko).

No, this is not the Symonenko who sat back in November last year in the same hall with the neo-Nazis in the Supreme Council and to this day leads the Communist Party of Ukraine, which is not, and will never be. This poem was written by the Ukrainian poet Vasily Symonenko to the death of Bandera and dedicated him to Bandera, who are so kind as the current neo-Nazi Junta and the modern Bandera who found new owners for themselves.

Nothing has changed in the world. Former servants and lackeys of the Bandera of the past, to the cries of love for Ukraine, went to serve the Nazi invaders. Moreover, on 90 percent Bandera were residents of Galicia and there were them throughout the war in all Hitler units and formally independent of the Hitlerites UPA thousand two hundred. Much more fascists scored themselves lackeys throughout the rest of the territory of occupied Ukraine. Hundreds of thousands of Russians and Ukrainians, Poles and Tatars (nationality was secondary) somehow helped the invaders.

Today we see exactly the same thing. At first, they tried to inculcate Bandera ideals throughout Ukraine for 22 years, they planted them in educational institutions and the media, pedagogical institutes and historical faculties of immigrants from Galicia, filled them with bureaucratic seats.

Did not help. After the first Maidan in 2004, then bloodless, the victory was saddled by the Novohalitsky-Bandera gang (Yushchenko, Tymoshenko and Co.) under the pseudo-European flags. And suffered a crushing defeat. The five-year plan of Yushchenko’s government turned into a catastrophic defeat of the hirelings dancing under the American Junta. Bandera values ​​and slogans do not take root in the open spaces of Ukraine.

Which is quite natural. Seven centuries of life in separate states from Russia, and even in the constant service of the owners, inevitably affected the population living in Galicia. Ethics and morals, life values ​​and ideals changed, the invaders even changed the religion of local residents, separating them from Orthodoxy.

A bit of history.

By the beginning of the twentieth century, Galician Russophobic nationalism, called Ukrainian (although it was never such simply because Galicia was not Little Russia, part of the Empire) was too weak even in the territory of Austria-Hungary. I had to open for the Rusins ​​concentration camps Talerhof and Terezin. People were tried, thrown into prisons, torn to pieces in the streets and hung up for the Russian language, for the love of the Motherland, for the Orthodox faith. And this is not an exaggeration - this is the reality of just a century ago. Documented and confirmed by Austro-Hungarian chroniclers, numerous court records, survivors' testimonies. With the beginning of the First World War of Galicia, all who considered themselves Russian fled. The territory was cleaned and prepared for mass unobstructed education of Russophobes (familiar methods?).

The process was promoted by the entry of Galicia into Poland, where Russophobia was elevated to the rank of state policy. Moreover, the Russians all polls have become Bolsheviks. Hatred of Russia forced the proud Poles to accept surrendered sichovyh shooters, the first parts of the SS as part of the Austro-Hungarian army, who fought against the Russians for the interests of others.

It was then that the backbone and the psychology of the people were formed, which became the basis of the Ukrainian (and in fact the Galician) nationalists, later called Bandera. Although the actual Stefan Bandera was never the leader of the OUN (organization of Ukrainian nationalists). On the contrary, the ambitious Bandera split the organization and creating the OUN (b) selflessly killed first of all its competitors from the OUN (m), which was rightly considered the leading organization and submitted to the successor of the founder of the OUN - Colonel Melnik. By the way, this hatred has been preserved to this day, and various branches of the Nazis continue to be hostile.

Let's return to the essence of the first SS. These warriors set an absolute record for changing the flag, running from one warring party to another and selflessly destroying those with whom they fought shoulder to shoulder yesterday. From the army of Austria-Hungary, they moved to the Western Ukrainian People's Republic, which existed more on paper. It was the virtuality and the absence of territory that forced the ZUNR to merge with the Ukrainian People’s Republic, after which the SS became an army of this, entrenched in Kiev and engaged in massacres. Fortunately, Colonel Konovalets and his faithful squire Melnik have long received army posts in the UNR and were distinguished by the shooting of Arsenal workers.

With the arrival in Kiev of the Armed Forces of the South of Russia (VSYUR Denikin), the SSovtsy joined together in its composition, once again changing the flag. Although here stayed not too long. When the evidence of the defeat of the All-Union People's Defense Party became obvious, the Galician SS made a "sudden turn" and found themselves in ... the Bolshevik army. It was here that they first received the name of the Ukrainian - Chervona Ukrainian Galician Army (NPA). And it was from here that they fled to the Poles (although some of the people remained in Russia).

With such a record of service, the Polish authorities would have had to cut Galitsai with swords. How thousands of Red Army prisoners were hacked, practicing the cavalry attack on them. But no, the pathological Russophobes came to court, and the naive Polish authorities, after several days of detention in the filtration camp, released SSovtsy to their homes. Having made a mistake that cost the lives of hundreds of thousands of Poles. After 20 years, only during the Volyn Massacre, the punitive squadrons of the 14 Division of the SS "Galicia" and UPA fighters would destroy from 80 to 120 thousands of Poles in the territory controlled by the Nazis. It is the Poles, and not the Russians or the Bolsheviks at all, that will become during the years of the Great Patriotic War, the main goal of the Bandera assassins. First of all, because they were defenseless. This documented fact is also worth remembering - it will also become the main one in the next generations of punishers, up to the present day.

During the Great Patriotic War, the Galician nationalities entered the territory of the Ukrainian SSR 22 June 1941 as a part of the Hitler army in the Roland and Nachtigall battalions. And their first victims were several thousand Poles of Lvov, cut out during that same week when, in the presence of two officers of the Abwehr, the notorious “Act of Ukraine’s Restoration” was adopted, the third point of which confirmed Bandera’s desire to build a new order throughout the world under the leadership of the great Leader of Germany Adolf Hitler. Then, 30 June 41, the victory of the Third Reich was not in doubt and the Galician bandits did not hide the fact that they were Nazis - the times were unsophisticated and Nazism in Western Europe was considered a normal form of government.

During the war, the Galician Nazis did not glorify themselves as an armed force. Everywhere they distinguished themselves precisely as punitive. The most well-known crimes in Belarus are the service of the Hauptmann Roman Shukhevych in 201 Shumanshaftbatalone and his struggle with the partisans, and the burned Khatyn.