April 7 2015
31
Advisor to the head of the Security Service of Ukraine, Markiyan Lubkivsky, said that Ukraine is still waiting for the return of 400 servicemen to the militia. 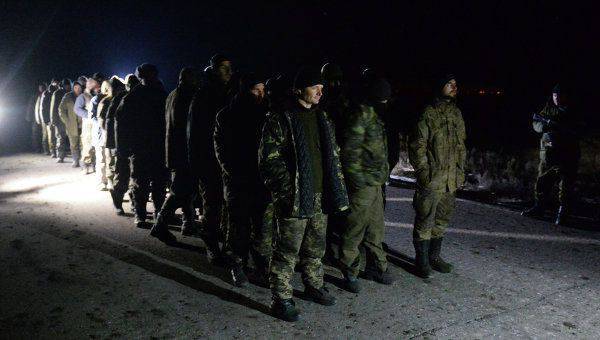 “We look forward to returning our compatriots to 400. Despite the complexity of the process of mutual transfer of people, we continue and will not stop until the last Ukrainian returns home, ”RIA says. "News".

Lubkivsky also denied that the Ukrainian side was holding a 1379 man from the Donetsk People’s Republic, and that the 16 of the Ukrainian military handed over by the militia on Monday were the last prisoners.

“Our heroes have just been released from captivity by 16. The guys are already on the bus going to Kramatorsk. We fight for every Ukrainian, ”he wrote on Twitter.

In addition, on Monday, the representative of the DPR Ombudsman Darya Morozova, Ivan Kopyl, said that the authorities of the Donetsk People’s Republic decided to transfer all the captured servicemen to the Ukrainian side, and the transfer of the 16 security forces would be the last. At the same time, he stressed that this is “not an exchange, this is a transfer,” as the militia “do not receive anyone in return.”