Ultra-precise "Speed" and the invisible "Courier" 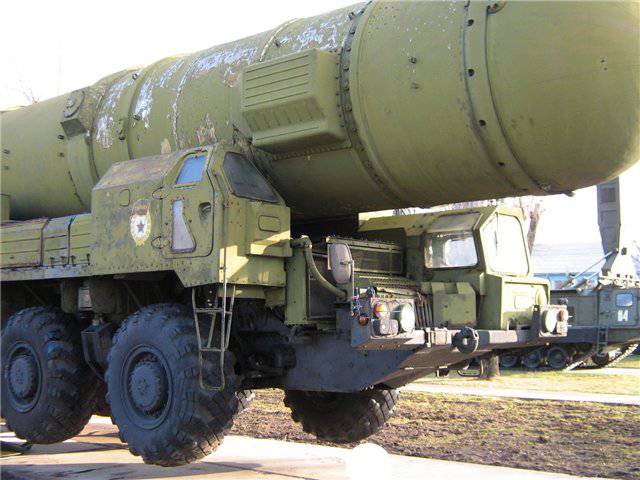 September 12 on the website of the Federal Space Agency appeared an ordinary, at first glance, a message from the category of those that usually the general public does not read. Under the heading "News»Announced the opening of tenders for the right to conclude government contracts. By lot number 43, the subject of the contract with the deadlines for implementation in October 2011 - December 2012 was “the elimination of solid-propellant rocket engines and charges of intercontinental ballistic missiles (KMB) of the Kurier, Speed, Topol-M missile systems and ballistic missiles for submarines boats (SLBM) "Bark".


With the third and fourth names in this list, everything seems to be clear - they are constantly on the ear, as well as "Yars" and "Mace". Topol-M is a mine or mobile-based missile system. The RK is equipped with Tatishchevskoye mines and the Teikov formations of the Strategic Missile Forces are mobile. The expert community and journalists recalled about the Bark SLBM whenever there were problems with the Bulava (God forbid that there are no more). But what courier and speed missiles are (the latter mistakenly called an ICBM in the tender announcement) is known to a very limited circle of specialists. But both these “products” and the people who created them deserve a detailed story. Although information about these unique rockets developed by the Moscow Institute of Thermal Engineering (MIT) in open sources is very difficult to find.

The medium-range solid-fuel ballistic missile (MRSD) “Speed” was designed under the direction of the director and chief designer of MIT Alexander Nadiradze from 1982 of the year. It was intended for arming the Strategic Missile Forces and the Ground Forces. It was supposed to be used to defeat enemy targets in European theaters of military operations using both nuclear and conventional warheads.

The creation of the next mobile “invisible” MIT ended in 1986-m. The flight tests of the “executioner of Europe” began on March 1, 1987, at the Kapustin Yar test site - they made one test launch of a missile. After that, according to the decision of the rulers of the USSR of that time, in connection with the preparation of the future Soviet-American Treaty on the Destruction of Ballistic Missiles of Medium and Short Range 7 in March of 1987, further work on “Speed” turned.

This MRBM really could hold all potential targets in Europe. She had a maximum range of four thousand kilometers. Its main know-how was a unique control system, which allowed, speaking in rocketry slang, to get into the stake, which was created by the Moscow Research Institute of Automation and Instrumentation, headed by Nikolai Pilyugin (later - Vladimir Lapygin) and the Sverdlovsk NPO Automation, headed by Nikolai Semikhatov. 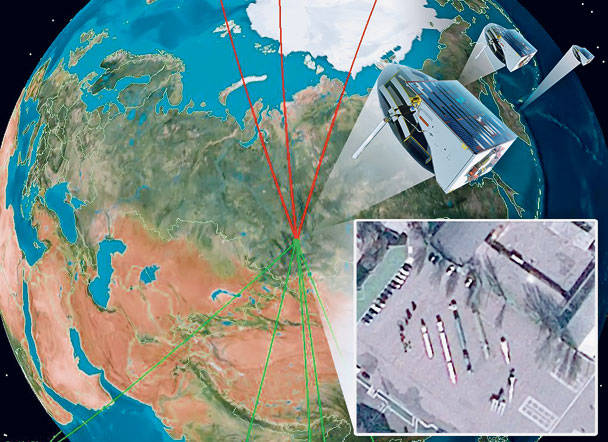 The “Courier” MBR from 1981 was also developed at the Moscow Institute of Heating Engineering under the leadership of Alexander Nadiradze. The USSR Armed Forces were to hand over a small-sized solid-fuel mobile missile, the dimensions of which allowed it to be placed in a conventional refrigerator-container. Thousands of such containers moved across the immense expanses of the Soviet Union. And try to determine in which of them the frozen meat is transported, and in which - the formidable "product" with a considerable-sized monoblock nuclear warhead.

The impossibility of detection is what should have become the main trump card of the Courier. In addition, the missile creators were able to solve an almost impossible task - to provide an intercontinental range and a very fast launch (the latter is extremely important, given the advanced missile defense system available to the enemy) with a starting mass of just 15 tons.

The Courier sketch project was completed in 1984 year. As follows from the above competitive bid, the designers' idea was succeeded to be embodied in the metal. But the ICBM was not expecting the same fate as the MIT employees. As Mikhail Petrov writes in his book “Rocket weapon The Strategic Missile Forces "," flight tests ("Courier") were supposed to start in 1992, but they were canceled due to political and economic reasons. "

Opinion of a competent person

And now the word for “Courier” will be put in silence by Colonel A., who served for a long time in the General Staff of the Strategic Missile Forces.

“The Courier strategic missile system was to be the further development of the unique direction of the Soviet missile industry, embodied in mobile ground-based missile complexes (PGRK), the officer recalled. “Its creation was carried out using the latest materials and technologies of its time, many of which were lost in the period of“ unrest ”.”

Why did you need such a complex? Couldn't it be an alternative to mobile and mining RK Topol-M, as well as Yars? No, the colonel believes.

"With all the faith in the invulnerability of these complexes of their creator - respected, in spite of everything, Yuri Solomonov - it is obvious that by the end of the 80-s of the last century, the potential adversary (now it is more politically correct to talk about" partner ") using reconnaissance equipment to reveal the location of Topolov mobile launchers in field combat starting positions and determine their coordinates with high accuracy. And on this he needed no more than a day. In order to provide the necessary secrecy, our rocket engineers were forced to change field positions with a high frequency, which was extremely difficult for people and destructive for equipment - the service life of the launcher engines was quite limited. ”

“It was impossible to hide heavy and large-sized self-propelled launchers weighing more than 100 tons from US space and optical radar reconnaissance equipment,” states the expert. - In addition, not all bridges and roads in Russia (alas, Russia is not Belarus, where the road infrastructure for the Pioneer missile systems, and then for Topol was created in advance) maintained these “mastodons”, which limited the maneuverability of the PGRK in positional areas ". “As a result, the most important advantage of mobility was lost - uncertainty for a potential enemy of the location of self-propelled launchers,” he believes. - Even then, 20 years ago it became clear (unfortunately, not for everyone) that this direction of maintaining strategic stability with the West comes to a standstill. Then it was decided to develop a small-sized mobile-based missile system, called the "Courier".

“The basis of the new missile system was to become an ICBM weighing no more than 15 tons, having a single-block head of sufficiently large power. The main and most important advantage of it was to be small dimensions and weight, the expert of the military-industrial complex said. - It would allow to mask combat vehicles under ordinary road trains and to move freely on public roads. This property turned the rocket complex from ground to highway - there was no need to hide in the woods and move around at night. ”

“In 1991, the rocket was ready for testing,” recalled Colonel A. “However, due to well-known events, the work was suspended and then closed”. And in vain. And let our expert cite the opinion of one of the high-ranking generals of the Strategic Missile Forces, who several years ago stated that "it is impossible to resume work on the Courier" because of the loss of a number of technologies to create special materials, components and assemblies, a missile of this type is necessary for the Strategic Missile Forces and whole like air. Why?

In any case, when mobile Topol-M and Yarsy are on duty in field combat starting positions, they are increasingly visible for spacecraft equipped with synthetic aperture radars. The latter are able to recognize changes in the terrain up to five centimeters in height, and no matter how hard it is to launch, its height in the posted position is approximately six meters. Such a change in the height of the relief is not concealed by any means of camouflage. The question is only in the frequency of the flyby of a specific terrain with SAR satellites, which so far depends on the number of spacecraft of this type in orbit.

Only two types of missile systems from among those that the “invincible and legendary” had or that it was preparing to receive could escape from these satellites. This is all the same "Courier" and combat railway missile system (BZHRK), which looks like a regular passenger train. But he is no longer in the ranks. Therefore, many experts believe that in the conditions of rapid improvement of space reconnaissance facilities from foreign "partners", the Russian Strategic Missile Forces should receive something like "Courier" and (or) BZhRK with the obligatory presence of a new heavy liquid-propellant in their combat personnel.

Grimace of fate. In the period from 19 December 2006 to 22 in July 2008, according to the contract concluded by the German company OHB System AG with Rosoboronexport and Omsk Polet, the Russian Space Forces launched five German satellites using Kosmos-3М launch vehicles into near-earth space like SAR-Lupe in the interests of the Bundeswehr, who thus acquired its first space reconnaissance system.

These 720 kilograms weighing kilograms are each equipped with equipment that allows you to obtain images of the earth's surface in any light and weather conditions with a resolution of less than one meter. Satellites can recognize moving cars, airplanes, as well as identify other objects, such as firing positions and military equipment. The satellites are located in orbits about 500 kilometers in three different planes and fly around the Earth in 90 minutes. The maximum system response time to a request is 11 hours.

And now, ideally, after the passage of each such satellite, Topol and Yars, when in the field, it is necessary to change positions, which is hardly realistic. But there are still American and French space spies ...

We are in Yandex Zen
Missile attack on Europe: myth or reality?
"Batons" intercontinental destination
13 comments
Information
Dear reader, to leave comments on the publication, you must to register.