April 2 2015
73
In Roskosmos said that the creation of a super-heavy rocket that has a payload of 70-80 tons will require about 700 billion rubles. According to the ministry, currently it is necessary to draw up a schedule for financing the project. Work on the development of a new super-heavy rocket is planned to be completed by 2028, reports TASS with reference to the chairman of the Scientific and Technical Council of Roscosmos, Yuri Koptev. According to him, the council recommended to continue work on creating the necessary scientific and technical reserve for the development of the rocket and the application of new technologies. Thus, an engine for a super-heavy rocket can be created, which will use natural liquefied gas as a fuel, noted Yuri Koptev.


At the same time, Koptev noted that the financing of the project of the Russian space program for 2016-2025 years is planned to be reduced by 10%. At the same time, the former head of Roscosmos, Igor Komarov, said that the agency’s management would try to do everything in the current situation in order to preserve all the key projects for the space industry in the best possible way.

Pressing costs made the situation that has developed in the Russian economy. The Ministry of Economic Development pledged inflation at the level of 4%, which today is completely at odds with the realities. The current situation leads to the fact that the increase in the cost of each project is already on average 27%. According to Koptev, in the current situation, Roscosmos considers its main priority to be the development of the Russian orbital constellation of satellites, which is designed to solve the tasks of the defense, science and socio-economic development of the country. He explained to reporters that by assuming the obligation to support manned space flight, which often amounts to 50% of the total funding, the rest is funded by the residual principle. “And we still wonder why we don’t have a remote satellite constellation, the meteorological satellite constellation doesn’t meet the requirements of the times, and why the Chinese satellite constellation is already more Russian,” the official said. 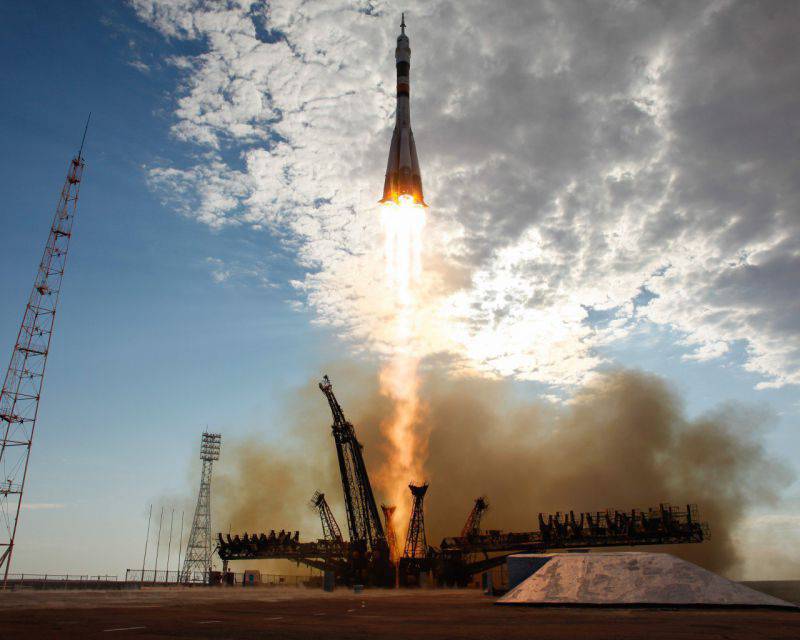 Koptev also told reporters that the fleet of launch vehicles in Russia is not enough for the needs of the Ministry of Defense. This applies to the introduction into orbit of the Earth of heavy military satellites. “There are a number of projects in the interests of the Russian Defense Ministry, where we are not able to provide a payload to the target orbit, and because of this, we have to remove some target equipment,” said Yuri Koptev, explaining the need to develop a missile in Russia 35-37 tons when putting cargo into low Earth orbit.

He told about the project of creating a new Angara missile of a heavy class and the cost of this project. According to him, the new Angara-A5B will receive the third level of oxygen-hydrogen and will be able to put into geo-transfer orbit up to 12-12,5 tons of cargo, while the Angara-A5 rocket, equipped with a hydrogen overclocking unit, could put all 7 into such an orbit tons of cargo. The addition of the third oxygen-hydrogen stage will also allow the Angara-A5В rocket to bring up to 27 tons of cargo into the reference orbit against Angara-A24 tons of 5 tons.

Thanks to this, Russia will be able to compete with modern American and European heavy-class missiles. For example, the European heavy rocket Arian 6 is able to deliver up to 10-11 tons of payload to the geotransition orbit, the American heavy Delta Heavy rocket is supposed to deliver 12-14 tons to this orbit, and the Chinese heavy rocket up to 10 tons. At the same time, according to Roskosmos estimates, the cost of work on creating a new modification of the Angara-A5B rocket is estimated at 37 billion rubles. 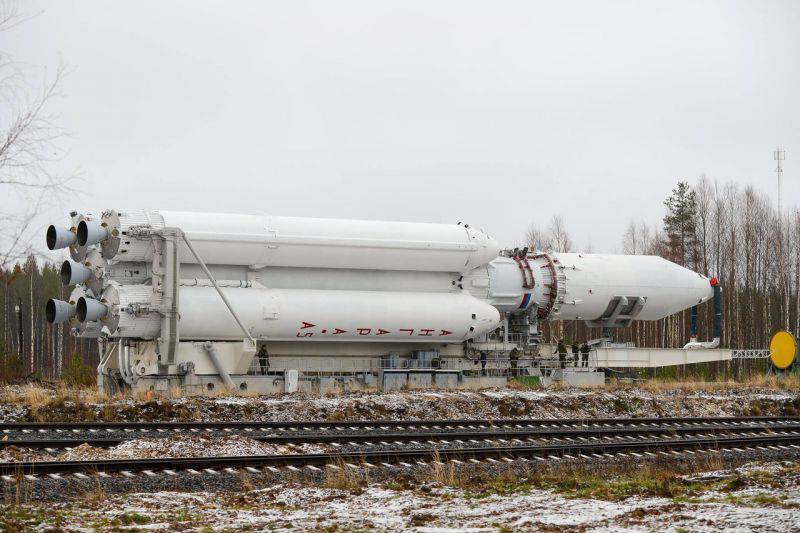 The beauty of the Angara-A5B rocket is that it will consist of transportable blocks that can be easily transported by rail, including through tunnels, which will save us from the need to build plants at the cosmodrome to refuel the rocket stages. With the same rocket in Roscosmos pin some hopes on flights to the moon. This option was worked out by the Ordno Space Complex and showed that with the twin launch of Angara-A5B it will be possible to ensure the creation of a space complex in orbit by docking. This complex will be able to fly to the moon, landing and staying on the surface of two cosmonauts, said Yuri Koptev.

At the same time, Koptev reminded everyone that the issue of creating super-heavy rockets and flights to the Moon should not be overestimated. He noted that at one time the Soviet Union had spent a huge amount of manpower and resources on its lunar program. It took 35% of all space resources. Koptev also recalled the Buran program, which gave us 600 new technologies, but ended up with just two launches and wasted money. According to Yuri Koptev, who was still involved in the work on the Soviet lunar mission, the question of Russia's exploration of our natural satellite can be linked to the question - are Russian women ready to change their boots once in 3 for the moon?

Viktor Murakhovsky, a member of the Expert Council under the Chairman of the Military Industrial Commission under the Government of Russia, and Ivan Moiseev, who is the head of the Space Policy Institute, expressed their opinion on the need to create a super-heavy rocket in Russia in an interview with the Free Press.

If we are planning to carry out manned interplanetary flights to Mars, etc., in the perspective of the development of our space program, then Russia needs a super-heavy rocket, notes Viktor Murakhovsky. At the same time, he believes that the time has not yet come to set such ambitious tasks before our country and industry. He also believes that such large-scale projects, which, of course, include journeys into deep space, the launch of super-heavy payloads into supporting orbits, should and can only be international. In this regard, most likely, it would be correct to rely on joint work, for example, with our BRICS partners. Perhaps, over time, the political situation will improve and allow Russia to cooperate in this direction with the European Space Agency. 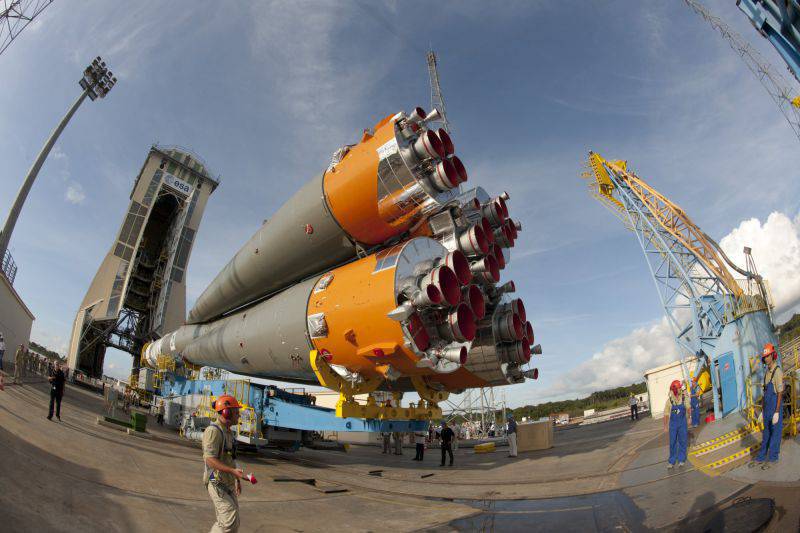 The tasks of the current and medium-term prospects for Russia are still much more modest. Yes, the question of the orbital station of the future is still relevant after 2020, when the ISS develops its resource. This large-scale project would also be more profitable to use in cooperation. At the same time, it is much more useful today to focus on the reconstruction of a full-fledged Russian space satellite constellation, which would cover all areas from multispectral intelligence to missile attack warning systems (SPRN), communication systems, maintenance of the GLONASS constellation, etc. Also, Russia could focus on the development of automatic vehicles designed for the study of interplanetary objects like asteroids and other planets.

Why Roscosmos might need an extra-heavy rocket, it's still clear, but why does the Ministry of Defense need a new rocket? The big question. The Russian military is quite satisfied with the parameters of the launch vehicles provided by the Angara. For the Ministry of Defense of the Russian Federation, it would be much more important to ensure the mass production of Angara light and heavy rockets in order to have enough of them on hand in the period of aggravation of the international situation. This will help to quickly put into orbit additional satellites, allowing to solve current problems, said Murakhovsky. To date, there is no stock of missiles in Russia that could be used to quickly build up our satellite constellation in the right country. These tasks need to be addressed first and foremost, and not to talk about the withdrawal of some extra-heavy load on the orbit, said Victor Murakhovsky.

Other space countries also have plans to increase the mass of the payload put into orbit, but, by and large, the United States does not see a particular need for these projects. At present, the Americans are satisfied with the existing potential, the designs that they are already using now, and with reliance on Russian engines. The Chinese, in any case, will try to produce such launch vehicles on their own, but they are moving along the Russian path, using our experience in the field of manned space, as well as the delivery of various cargoes into orbit. Murakhovsky believes that the Chinese will soon come to understand that it is cheaper and faster to cooperate in this direction with Russia. 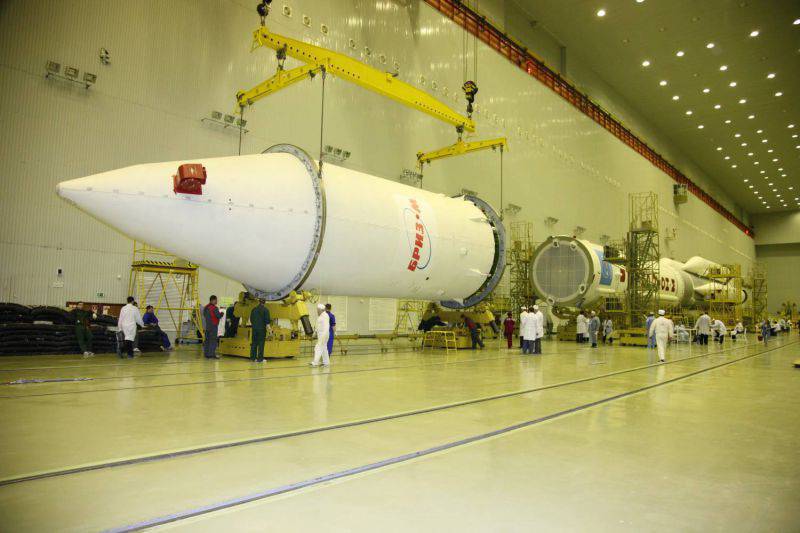 Ivan Moiseev stressed that it is possible to develop a super-heavy rocket in Russia, but this is a very expensive pleasure, the implementation of which will require not just a lot of money, but also time. “We have already drawn a rocket, and the Russian leading enterprises presented their versions (even the Makeyev Design Bureau, which had never done that before). However, it is one thing to draw, and quite another to carry out the project, find sufficient funding for it and keep it at least 10 years old. This is an extremely difficult task, which, frankly speaking, is currently very heavy for Russia, ”Moiseyev said.

You know, representatives of the Ministry of Defense, of course, can say that they need an extra-heavy carrier, but when it comes to him, as a rule, it all comes down to the following scenario: if they give a military of this class, they will be happy to take it think of what you can use heavy satellites. But the Ministry of Defense itself does not want to engage in such a project because of its very high cost.

At the same time, in Russia there is the possibility of further strengthening the second and third stages of the accelerating blocks - heavy Angara-A5 to the Angara-A7 version (the number in the title indicates the number of universal blocks used) for placing the increased payload into orbit. So far, even a lot of things can be squeezed out of the Angara launch vehicle. That is, you can move in an evolutionary way, without working on the creation of a new project. At the same time, it is clear that in this way the rocket will not be able to be strengthened at times, says Ivan Moiseyev. There is a lot of talk nowadays that the Chinese or Americans can bypass Russia in bringing payload to space. To this, Moses responds as follows: “If you compete with each other, who will quickly create an extra-heavy carrier, then most likely we will be left behind. However, if we look at the effectiveness of the withdrawal, we are able to hold our own positions even without such a carrier. ”

Ctrl Enter
Noticed a mistake Highlight text and press. Ctrl + Enter
We are
CountdownThe world returns to race in space exploration
73 comments
Information
Dear reader, to leave comments on the publication, you must to register.