Central Asia: a stumbling block or a ground for strengthening allied relations?

April 2 2015
47
Among publicists of quite a certain type of activity, a fashion has recently emerged to “embroil” Russia and China. Say, the same Central Asia is an excellent occasion to arrange at least an ideological struggle for influence between the two Eurasian colossi. In fact, the cultures of both countries are strikingly different; they largely pursue different interests. But there is also the fact that they are rallying, so it is unprofitable for anyone to start a fire in the region. 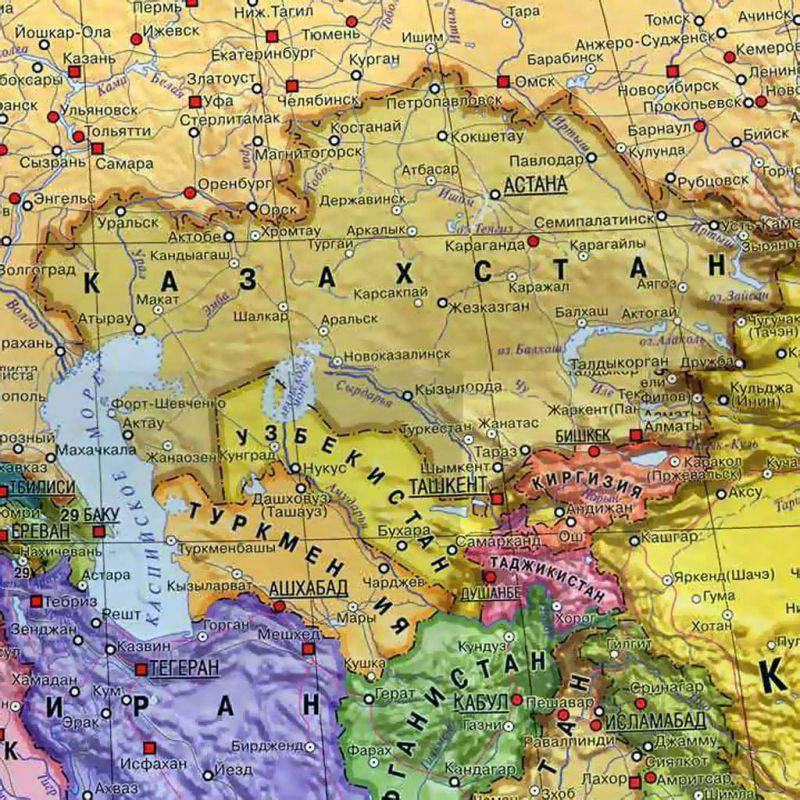 Russia historically was the main geopolitical player in Turkestan. The territories that compactly formed the center of the Eurasian continent were the key to access to the same China, India and Arab countries. The first contacts between our country and numerous local khanates date back to the 16 century. From this moment begins the continuous accession of the arid Asian lands to the Russian Empire.

The doctrine of tsarism, if I may say so, presupposed the continuous Russification of the new states. In Central Asia, this process was rather soft, but by the beginning of the 20 century, most of the local residents were able to speak quite well in Russian. From a moral point of view, the advancement of Russian troops in the region was fully justified: the so-called “big game” was in progress, during which Russia and Britain figured out who would dominate the vast steppe spaces. If someone does not know, then our glorious warriors at least did not lose, having staked out the lands up to the Pamirs. Then, however, diplomatic negotiations began, during which our delegation made significant concessions, but this is a different matter. история.

After several years of chaos, Russians returned to the Caucasus and Central Asia, now as representatives of Soviet Russia. During this period, the industry, culture and major trade relations of the region were entirely connected with the northern partners. You can also say that it was the Russians who gave statehood to Kazakhstan, Tajikistan, Uzbekistan, Turkmenistan and Kyrgyzstan. During the Great Patriotic War, Asian soldiers fought bravely for their common homeland and did not let them down - the Kazakhs especially distinguished themselves. In general, the presence of Russian influence here significantly limited the level of crime and drug trafficking, which the region is now so famous for.

But the collapse of the Soviet Union brought about irreversible changes. Partly with the exception of Kazakhstan, the rest of the countries decided to continue along the lines of the “senior partner”, whom Russia has ceased to be. States could become a partner. In the nineties and zero, Central Asian leaders actively mastered American grants and learned how to democratize society (or simply kept their people in a vice, which the overseas partners didn’t find fault with - it was enough that they actually worked on them). But over time, a third person intervened in the eternal opposition of the Great Russians and the Anglo-Saxons — the mighty China in the new communist guise.

The disappearance of the USSR from the political map of the world largely went to China in those years. The United States was building up its ties as a strong partner, almost without being offended by Tiananmen, the world was beginning to use goods from the Middle Kingdom, and this was good for everyone. And just after the emergence of the sovereign Russian Federation, a vacuum was formed in the political field of Asia, which was urgently required to fill.

The Americans could seize this region, plunder it, conduct several punitive military operations to destroy the civilian population and establish "democratic" control over the former Turkestan. But they would not have lasted long here. They could not understand the psychology of Central Asian society as China did. That is why he became his main political partner.

Today, the concept of “soft power” used by our Chinese comrades provides a continuous stream of money and contracts on the one hand, and natural resources with political concessions on the other. Without entering its troops and acting with the utmost care, China established ideal partnerships with Kyrgyzstan, invested tens of billions of dollars in Uzbekistan and Tajikistan, concluded an important gas supply agreement with Turkmenistan, and even reached Kazakhstan, giving Naznarbayev $ Billions of political preferences. It is important to understand that China will not stop by itself: it is an ally who is not accustomed to renounce its own interests and act "at random". But there are other methods.

The interests of Russia and China really overlap directly in the region. But there is another power that has lagged behind the course of action and is eager to get even for it. As you may have guessed, we are talking about the United States of America, whose political leaders have changed the concept of external influence. Now color revolutions like the “Arab Spring” are taking place. Suffice it to recall the overthrow of Bakiyev in 2010: how cleverly overseas political consultants played on the ethnic and social contradictions of the people of Kyrgyzstan! This should not happen again.

I think that both Russian and Chinese diplomats are well aware that in the event of contention, the American democratizers will immediately come forward for positions that the dispute will go to. They still have plenty of leverage to influence the local population, which is especially true of the Internet and public organizations.

Perhaps, Russia and China should conclude a key agreement in the history of the region, which will allow it to develop peacefully and painlessly, without any unrest and social aggravations. This may be a line through the zones of influence - it is important to understand that in addition to Kazakhstan and, possibly, Kyrgyzstan, we now have practically no influence in Central Asia. And Nazarbayev often prefers solo to the orchestra, which is proved by his position in strengthening Eurasian integration. We have no better allies than those that we have, but you can play a good game with them. You can simply agree to cooperate in a peaceful manner, so that it is mutually beneficial both for the region and for our countries.

China, in any case, will continue its political expansion, increasing the dependence of Central Asia on its money tranches. The only question is, will we join this expansion, will we regulate it and will we get our part from Central Asia - or the great achievements of our soldiers, the plans of generals and the cultural achievements of Russian teachers will remain in the past, and we will say goodbye to Central Asia forever.

PS Anyway, the US is losing its influence in the region, and this is evident even in the comparison of America’s trade relations with countries in different years: they are now smaller and narrower than in the nineties. Let's see what the matter will turn out further - we have enough political and economic interests in Central Asia, which Russia should be able to protect.