How to become a target

29 September 2011
6
Information war. Today, this phrase makes shudder more than one political force in the world. Information warfare can suppress the power of any adversary. Its main goal is the formation of public opinion, which will act as an informational, or rather, misinformation basis for military imbalance. As an information attack can be used a variety of means. 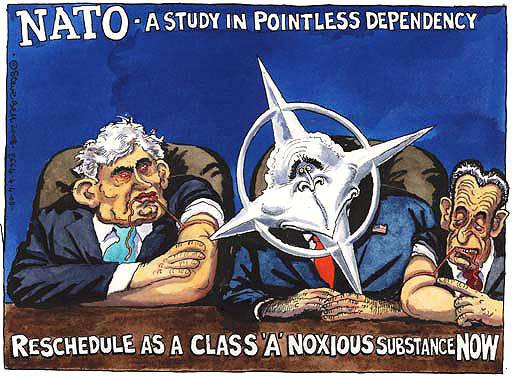 In the first half of the XNUMXth century, the theory of military PR was developed by Sigmund Freud's nephew, Mr. Edward Bernays. He decided to actively use the so-called targeted PR (PR) to instill confidence or uncertainty in soldiers of warring units. Many could not believe it, but this practice worked. Today, the practice of information war is used by many countries of the world. We Russians have many cases in our memory when reality does not coincide one iota with the newsflowing around the country from television receivers. Just recall the situation surrounding the 2008 military conflict with Georgia. Then, as the Western media and Georgian agencies broadcast controlled by Mikheil Saakashvili, the Russian invaders destroyed the peaceful Georgian people, while the entire world community was watching the events of the Beijing Olympics.

I will not hide, personally, my teeth creaked from such an injustice, because we knew exactly who started this monstrous adventure. However, the Edward Bernays affair took leaps and bounds. Russian TV channels showed Georgian armored vehicles moving along the deserted streets of Tskhinval and shooting people who came across the eyes of the military. At the same time, all world media without exception broadcast how Russian helicopters launch rocket attacks on Georgian "peacefully" fortified positions. In such a situation, any person at the TV screen will be disoriented and say that in the West the press is much freer than our native, therefore, it is worth to trust the Western TV channels. And this man will be one of the many victims of the information war. If he was more active than the average Russian, and the poster can grab and shout “Hands off Georgia!”, With which he will run to collect the same “wounded” news bulletins from the battlefield. In Russia, this, fortunately, was not observed on a large scale, but in Europe and the United States, people were simply bubbling with indignation towards Russia. And it was only later that the ubiquitous French journalists revealed to the world the truth about who actually started this Caucasian porridge.

Today, a similar situation is observed in Syria. People who live and work in this country frankly do not understand which major protests and which millions of people who are dissatisfied with the Bashar Assad regime are talking about! In the capital of Syria, everything is calm, people also walk in the streets as usual, sit in cafes and restaurants, young people do not hide in corners and doorways. But it is necessary to turn on the TV, where one of the main "telepiarists" Al-Jazeera broadcasts, as it becomes terrible for peaceful Syrians. It turns out that they are shot here right on the streets of government units, allegedly for expressing disapproval to Assad. They are specially driven to pro-government demonstrations, and for those who do not consider it necessary to participate in them, “people in black” come in the middle of the night and take them away in an unknown direction. In general, if you trust the correspondents of the Al-Jazeera TV channel, then in Syria it is now so unsafe that even a stone on the neck and ...

Information warfare technologies are justified for their customers. To sow discord, insecurity among the people, internal discord in the country, point to an external enemy or an internal "fifth column" - and the gears of the mechanism, which is capable of turning over any political system, will rotate.

By the way, information wars today are not only world politics, and not only the field of military operations. The situation in which the now world-famous ex-head of the IMF, Strauss-Kann, has fallen, is a vivid example of preventive black (in his case “black” in the truest sense of the word) PR. Informational military actions were carried out so sophisticatedly that in just a couple of days this person lost literally everything: position, presidential ambitions, respect from the people and even relatives.

Information wars are a good source of NATO military action. Bombers destroying peaceful cities, American and British troops destroying women and children would all be justified if journalists controlled by them take over. Any failed operation against virtual militants with the destruction of an entire school, along with students in an Afghan city, will be presented as a heroic feat by Her Majesty’s soldiers and special forces with a star-striped banner on the sleeve. Tripoli, lying in ruins, the bombing of Belgrade in 1999, the complete collapse of the infrastructure of Iraq - and this is justified. And in 99% of cases, all this is done for the sake of democratic accomplishments, for the sake of true democracy by the people. At the same time, no one thinks of asking the people of this or that country where NATO is going to ask if they want it or not.

In general, the modern world should not be afraid tanks, not nuclear bombs and multiple launch rocket systems, but disinformation of a monstrous scale, because even someone who is now sitting in his warm and easy chair can suffer from it.

Ctrl Enter
Noticed oshЫbku Highlight text and press. Ctrl + Enter
We are
A great interview with Sergey Lavrov: about Ukraine, Obama and IranThe path from the victim to the hunter
6 comments
Information
Dear reader, to leave comments on the publication, you must to register.