Iran, Russia and China agree on their own missile defense 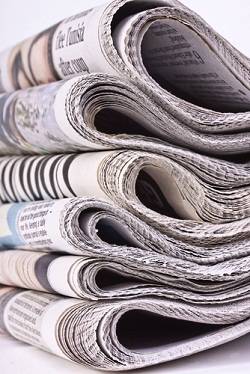 Iran, Russia and China are negotiating the creation of a joint missile defense system as opposed to the US-NATO anti-missile shield, the Iranian newspaper Tehran Times claims, citing "unofficial sources."


"Three countries have come to the conclusion that, contrary to the claims of Americans about the necessity of repelling missile and nuclear threats allegedly coming from Iran and North Korea, the missile defense system being created by the United States and NATO is aimed against China and Russia," the newspaper writes.

This, the newspaper notes, is confirmed by the agreements on the deployment of the radar as part of the US missile defense system in Turkey, as well as the American plans to deploy its other components in South Korea and Taiwan.

Experts emphasize, the Tehran Times writes, that China, which has not yet taken any steps in the missile defense field, is beginning to realize the level of threat posed by the US missile defense system.

The newspaper, citing sources, claims that Russia’s permanent representative to NATO, Dmitry Rogozin, plans to discuss the creation of a joint missile defense system during the upcoming visit to Tehran. “Military experts believe that as soon as Iran, Russia and China come to an agreement on the configuration of the future missile defense system, its creation will not be difficult for these three countries,” emphasizes the Tehran Times.

As "Actual Comments" wrote, recently NATO Secretary General Anders Fogh Rasmussen welcomed the entry into force of the agreement between Poland and the United States on the basing of missile defense.

Meanwhile, Russia is concerned about the planned deployment of NATO missile defense in Europe, Russian Defense Minister Anatoly Serdyukov told reporters earlier. However, earlier, NATO Deputy Secretary General Dirk Brengelmann said at a press conference in Moscow that NATO was ready to give Russia guarantees that the missile defense system would not be directed against it. “We can give political assurances that missile defense is not directed against Russia. It will be political language. Then they are written on paper, ”he said.

We are in Yandex Zen
13 comments
Information
Dear reader, to leave comments on the publication, you must to register.