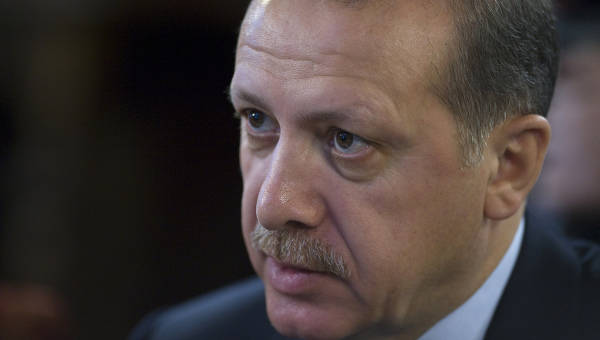 Today Erdogan is the star of the moment, in Egypt and other countries transformed by the “Arab spring”, he is greeted like a rock star, Time notes. The Turkish economy and its geopolitical weight are growing noticeably, correspondents Jim Frederick, Bobby Ghosh, Tony Keiron, Matt McAlllester and Isaan Tharur noted. They talked with Erdogan in New York, where the Turkish Prime Minister came to the UN General Assembly session.


"First of all, it is necessary for the UN Security Council to give a positive response to the just requests of the people of Palestine. If something else is to be discussed at the moment, let it be discussed between the two states," Erdogan said in an interview. He also called on Israel to come to terms with the return to the 1967 borders of the year.

“Through TIME magazine, I would like to urge humanity: [Palestinians] are here to exist. They are not here to be condemned in the open air correctional colony. Israel’s cruelty in this regard should no longer continue,” Prime Minister of Turkey. Those who have a negative attitude to requests to recognize a Palestinian state "will never be able to settle their scores with history"he added.

Relations would only be strengthened if Israel had not sacrificed them by landing on the Mavi Marmara ferry, ”Erdogan replied, saying that flotilla carried exclusively humanitarian aid. "But the Israeli Prime Minister now claims that the flotilla was literally loaded weapons. Why then didn’t they return fire? "Erdogan said. As long as Israel refuses to apologize for the death of the 9 people and pay compensation to their relatives, and until the embargo on the Gaza Strip is lifted, the Israeli-Turkish relations are not normalizing, he concluded.

How does Erdogan propose to settle the Middle East conflict if, in his opinion, the US approach has failed? - asked journalists.

Everyone should ask themselves: “Do we really want to solve this problem or how?”, Erdogan replied. If the Middle East Quartet really wanted to solve the problem, today it would “impose something on Israel,” Erdogan said. “When it comes to Iran, you impose sanctions. The same with Sudan. But what about Israel?” - Erdogan asked and suggested that after the imposition of sanctions the Palestinian-Israeli conflict would have been resolved long ago.

In this regard, Erdogan also called for the abolition of the status of permanent members of the Security Council: "the whole world is in slavery by the decisions of these 5 permanent members."

When asked about a tour of the "countries of the Arab spring", as the journalists put it, Erdogan replied: "I went there not only to stare at a handful of people on the streets. I deliberately tried to communicate with presidential candidates, new political parties. "According to him, he said at meetings that Turkey is a model of democracy, a social and secular state." We are not trying to export our regime purposefully - we do not care. But if they want our help, we will give them all the necessary help, "the premier added.

Regarding relations with Asad, Erdogan said: "It’s impossible for me to continue friendship with people who are supposedly leaders, but who attack their own people." According to him, Syria never intended to imitate the model of Turkish democracy.

As for Turkey’s relations with the United States, according to Erdogan, they are improving "less than we would like." He said that he was frankly talking to Obama and that there was no friction between Turkey and the United States. "And on the question of Israel?" - asked journalists. Erdogan replied that the points of view may differ, but this is not a reason to interrupt the relationship.

Has Turkey abandoned its plans to join the EU? - asked the journalists. Erdogan replied that after taking office, Merkel and Sarkozy Turkey were no longer invited to the summits of European leaders. "We still do not refuse this decision, because no EU leader will sit in his chair forever," Erdogan said. He also stressed that Turkey is getting stronger, and "the state of many European states speaks for itself."

We are in Yandex Zen
People are not killed by bombs; water is ruining people. Water, as the main geopolitical factor
Independent Baltic. 1920-1940 Addition to "Were there colonies in Russia?"
6 comments
Information
Dear reader, to leave comments on the publication, you must to register.