Day of the legal service specialist in the Armed Forces

March 29 2015
12
The Presidential Decree of 31 in May 2006 of the year in the calendar of Russian holidays related to the security of the country, appeared Day legal service specialist in the Armed Forces of Russia. Since 2007, this holiday is annually celebrated on March 29 and is often referred to as the Day of Military Lawyer. This is a celebration of all military personnel who have a special legal education and are responsible for the application of legal norms in the armed forces. Military lawyers serve in the military justice bodies, the military courts, the military investigation bodies and the military prosecutor's office. 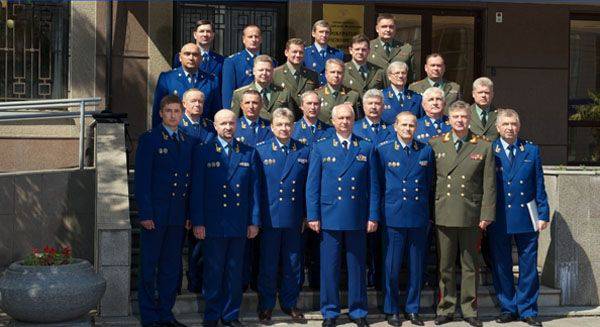 The formation of the institute of military jurisprudence in Russia is associated with the creation of the first national military law school. This educational institution was created during the reign of Peter the Great - in April 1719 - under the emperor's decree, which (in the decree) contained the following words: “for the science of auditing affairs, take twenty good and young people to the Military College from gentry literacy and writing who can learn law. "

The formation of the new Russian army itself dictated the need to create a clear legal framework on which such an army should be based. Iron discipline, strict hierarchy, unity of command, the need for continuous improvement of training became the main points of the statutes and manuals, which were compiled with the active involvement of specialists in military law.

Even after 14 years, the Auditor School receives the status of a school and becomes the basis for the training of professional personnel who played a crucial role in the years of military judicial reform. We are talking about the famous military-judicial reform of Emperor Alexander II, carried out in the period from 1864 to 1867 years. By that time, there was a situation in Russia in which the military courts were in charge of filing the 36 categories of individuals. In addition to the direct component of military jurisdiction, military courts were involved in legal proceedings regarding, for example, subjects found to steal ship's ropes or selling abroad (in particular, to China) of opium. The piling up of such cases in the sphere of military court proceedings hampered the proceedings and led to a dilution of the responsibility of military lawyers. In the middle of the 60 of the 19 of the 20th century, the military-judicial reform allowed for the delimitation of judicial competences, which in turn led to a significant increase in the effectiveness of the application of legal norms in the state.

On June 17, 1878, the Military Law Academy was established, which began preparing the ranks for the military judicial department exclusively from military personnel of officers who had previously been educated in both military and civilian educational institutions. Another requirement for an officer when recruiting for the UYA was that by that time he should have served directly in units and formations of the Russian army (fleet) That is, the officer should have had military training and relevant experience, as well as the baggage of theoretical knowledge obtained in educational institutions. The status of the Military Law Academy was so high that its graduates were equated with the graduates of the Academy of the General Staff. 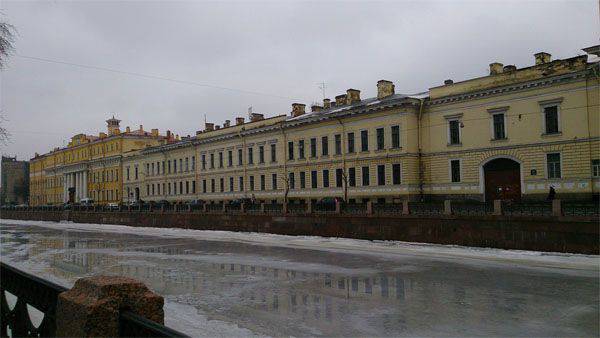 VLA existed, having survived the Russian Empire, right up to 1956, when military lawyers began to be trained at the Military Political Academy named after Lenin at the military law faculty.

One of the most significant contributions of domestic military lawyers to world military law is work during the Nuremberg process. Military lawyers of the USSR collected colossal material in their scope, which became the basis of the entire evidence base of monstrous crimes committed by the Nazis and their accomplices during the Second World War. Until now, many documents from the collected materials remain classified as secret. And all the materials in general are an invaluable archive, which today is capable of playing a significant role in terms of suppressing attempts to justify and revive the ideas of Nazism and fascism.

Major-general Ion Timofeevich Nikitchenko entered the collegium of the tribunal from the USSR. It was he who in June 1945 of the year was sent to London for talks with representatives of Britain, the United States and France on preparations for an international tribunal over the main Nazi criminals. One of the phrases dedicated to the tribunal, which, according to the sources of the time, was said by Nikitchenko, was as follows:

The whole point of the Nuremberg process is to ensure prompt and fair punishment for crimes.

Iona Nikitchenko initiated to introduce into the process the consideration of the destructive ideas voiced by Hitler in Mein Kampf, as well as the ideology of racial intolerance. It is noteworthy that by that time the ideology of racial intolerance was actively walking around the United States of America, and the division of the country into “whites” and “blacks” in the USA seemed commonplace. It was for these reasons that it was not easy to initiate the denunciation of racial segregation during the Nuremberg trials. In the final part of the Nuremberg process, complained that the European and American colleagues decided not to recognize the General Staff of the Nazi armed forces as a criminal organization.

Another member of the USSR Nuremberg Tribunal was Colonel of Justice Alexander Volchkov. A remarkable fact is that Aleksandr Volchkov and Iona Nikitchenko refused the Western offer to put on judicial gowns, having decided to remain in the Soviet military uniform. According to the Soviet representatives, the military uniform should say that the Nazi criminals are being tried for monstrous war crimes, crimes against humanity. 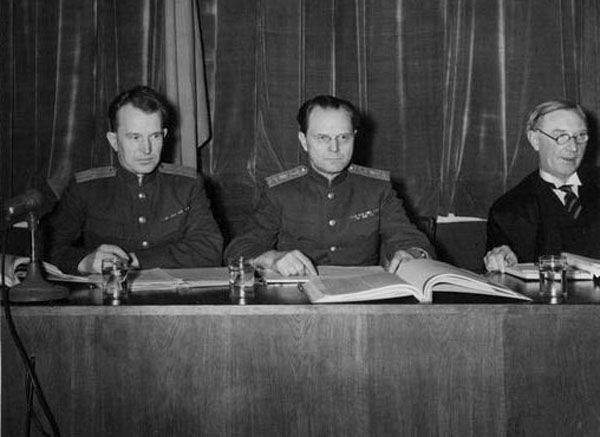 The chief prosecutor at the Nuremberg trial was prosecutor Roman Rudenko, who was later appointed to the post of prosecutor general of the USSR. 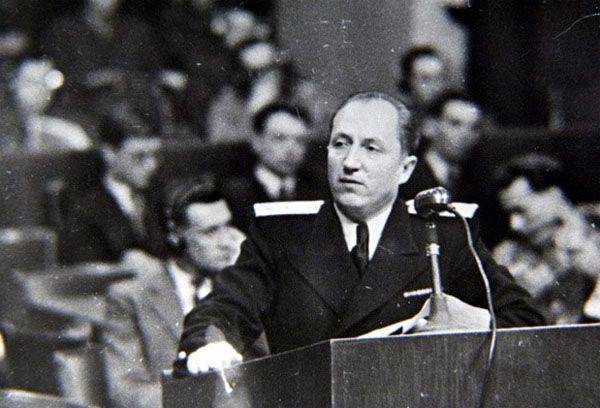 Roman Rudenko (a native of the Chernihiv region, Ukrainian SSR) is buried at the Novodevichy cemetery in Moscow.

The demand for military lawyers is high today. This is also connected with the reform of the Russian army, when literally every letter of the Russian legislation must be observed and applied to strengthen the legal framework for improving the security system. Russian military lawyers took an active part in discussing violations of international law by the United States and other NATO countries. One of the steps that was done quite recently was the withdrawal of Russia from the CFE Treaty Board due to the fact that the old version of the CFE Treaty had completely lost its relevance while NATO continued active operations in Eastern Europe.

Today, the Russian military legal service has a professional holiday, and the “Military Review” team congratulates all those who wear shoulder straps of a military lawyer - a lawyer of the Armed Forces of Russia!
Ctrl Enter
Noticed oshЫbku Highlight text and press. Ctrl + Enter
We are
March 29 in the Armed Forces of the Russian Federation celebrates the Day of the specialist of the legal service
Military Reviewin Yandex News
Military Reviewin Google News
12 comments
Information
Dear reader, to leave comments on the publication, you must sign in.