Will the US achieve a decisive strategic advantage over Russia? 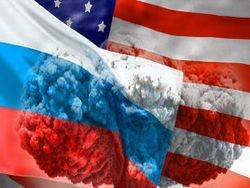 The signing by the Americans of agreements with Turkey and Romania on the establishment of bases for American missile defense in these countries once again showed that Washington, stepping up the pace of building this global system, stubbornly refuses to take into account Russia's interests. Since the time of Reagan, who proposed the “star wars” program to defeat the “evil empire,” the US has been trying to achieve a one-sided advantage in a strategic confrontation with Russia ...


Although it would seem that a unilateral advantage in a nuclear-missile conflict is a chimera. No missile defense system guarantees the aggressor at least from a weakened retaliatory strike, threatening unacceptable damage. It would seem that the atmosphere of feverish preparation for a nuclear war has scattered, the world has entered a new development trajectory, and the Americans continue to work on missile defense, which is a component of nuclear war.

According to the statements of the US administration, these systems are being built in order to repel a possible attack from the "rogue" - Iran, North Korea and possibly Syria (?!). Without going into details of the geography of the deployment of American launchers, we note the main thing: the West will never allow these states to acquire their own nuclear weapons. weapons. There were no threats to America from these states, and the United States is playing a political performance against them, while taking steps towards encircling Russia with more and more effective missile defense systems.

According to the US Missile Defense Agency, the US missile defense system already includes facilities located in North America, Europe and the Far East, and by the year 2013 will count:

- Sea-based SBX radar deployed in the Pacific Ocean in the Alaska region;

- 16 ground-based anti-missile missiles, of which 13 is in Fort Greely (Alaska) and 2 is at Vandenberg Air Base (California);

- 16 cruisers and destroyers of the Aegis system, equipped with a total of 18 SM-3 antimissiles and deployed in the Pacific Ocean and the Mediterranean Sea;

Before 2013, the ABM system will be expanded, and by this time the United States will have:

- 4 radar sea-based SBX in the Pacific;

- 4 complex THAAD (task - the destruction of ballistic missiles at the stage of decline), equipped with a total of 96 antimissiles;

- up to 100 sea-based antimissile SM-2 (task - the destruction of ballistic missiles in the middle segment of the trajectory);

- 132 anti-missiles SM-3 (task - the destruction of ballistic missiles with a range of up to 3 thousand. Km in the middle segment of the trajectory).

The spaceborne early warning system for ballistic missile launches SBIRS is implemented in the 2-echelon version. It allows you to register missile launches through 40-50 seconds after launch and determine the flight path on the active segment.

In November, 2004, the Edwards (California) airbase, conducted the first test of the AL-1 air-based combat laser. The Americans began work on the creation of a combat air-based laser back in the 1980s. within the framework of the PIO (Strategic Defense Initiative - Strategic Defense Initiative). Back in 1983, tests were conducted on the use of such a laser against air-to-air missiles. In the future, the efforts of the Americans were focused on the development of more powerful ground-based lasers that would allow the destruction of flying ballistic missiles.

It is currently planned to include air-based combat lasers in the missile defense system being built. A squadron of aircraft equipped with these weapons must be dispersed throughout the world and be in constant readiness for takeoff to intercept and destroy launched ballistic missiles even before the moment of separation of the warheads from them.

By the year 2013, therefore, the United States will complete the next stage of creating a missile defense system, which, along with a multi-level space reconnaissance system and a radar network encircling Russia, will consist approximately of 500 ballistic interceptor missiles, not including the Patriot missile system. However, in this case, according to Russian military experts, the Americans will not be able to repel a retaliatory strike. Russia has the strength and means to overcome the American missile defense system, the country is working to improve the penetrating ability of the missiles. That is, nothing guarantees America from unacceptable damage in the event of a nuclear war, and the question arises: what then are the real goals for the United States to create this system?

The answer to the question leads to the following conclusions:

1. US missile defense is not intended for use in a nuclear missile war. We are dealing with long-term strategic planning, which provides for a radical weakening of Russia's nuclear missile potential to an extent that would eliminate the exchange of nuclear strikes.

2. According to American estimates, the military-economic potential of the Russian Federation can (should) after about 20 years weaken so much that the country will not be able to maintain its strategic defenses at the proper level. The further the Russian nuclear missile potential degrades, the more the American missile defense system will develop.

Washington’s main goal in this long-term policy is to do everything possible to gain an advantage over the Russian Federation in a strategic confrontation again. In the case of the solution of this task by the Americans, a possible strategic clash will not look the way it was previously thought. For the United States again, as in the 50-ies of the twentieth century, there is the temptation of a surprise attack on the Russian Federation. How realistic is the emergence of such intentions in Washington?

Recall history. Stalin had every reason not to believe that Hitler would attack the USSR in 1941. Germany had already waged war with England, in the Balkans, in Greece and North Africa. German military-technical capabilities were at the limit. Armed with a lot of obsolete artillery and weak tanks. The Red Army outnumbered the Wehrmacht in number and quantity of equipment, the human reserves of the two sides were not comparable. Sound reasoning, only an idiot could attack the USSR. And yet Hitler, being a reckless adventurer, decided to attack. Chimerical ideas about the superiority of the German spirit and Russian subhuman played a cruel joke with him. Hitler's decision was fundamentally wrong, but it took place and cost humanity countless sacrifices. Remembering the American tragedy of 9/11, we have the right to ask ourselves: aren't the invisible forces that organized this tragedy psychologically not the same cruel adventurers? Aren't they obsessed with myths about their own superiority over all of humanity? We simply have no right to exclude that one day they will come to the idea of ​​aggression against Russia.

In this situation, the Russian strategic forces could be beheaded not by a nuclear attack. A sudden attack of hundreds of hypersonic cruise missiles with penetrating warheads from all directions will destroy the remaining Russian strategic open and closed-base missiles. The calculation is made by the fact that through the 15-20 years, the Americans will create cruise missiles that will be invisible and unattainable for Russian air defense.

The US missile defense system being created today will serve as a guarantee in case any Russian launchers survive and can launch a return volley. And then satellite laser systems will finish off these carriers at the moment of launch. The rest of the missile defense system will be on guard, identifying broken missiles that have entered the combat trajectory. They will be destroyed in space, if possible without explosive warheads, to prevent serious contamination of the environment.

Remaining realistic, we must ask ourselves: why is the US so stubbornly trying to get its base fleet in the Sevastopol? Is it because the Black Sea and Central Russia have a flat surface like a table that allows hundreds of hypersonic cruise missiles to go overhead to Russian strategic targets, overcoming missile defense that is not capable of fighting low-flying targets?

In the US, the forces that allow the possibility of eliminating Russia from the map of the world have not gone away. Such a thought does not look at all seditious, if only because the Pentagon’s documents of the mid-50-s are declassified, among them the Dropshot plan, which provided for the 300 nuclear bombardment of the largest Soviet cities.

The tragedy of 9 / 11 showed that the children and grandchildren of the authors of the Dropshot plan remain in power and are engaged in long-term planning covering entire eras in the development of weapons. And each next US administration, regardless of its party affiliation, is moving further and further towards the desired goal - achieving a decisive strategic advantage over Russia ... True, life is wiser than the calculations of backstage forces and it is not yet known what they will do.

We are in Yandex Zen
Ukraine is a chimera
Military reform as an integral part of the security concept of the Russian Federation: Systematic dynamic assessment
31 comment
Information
Dear reader, to leave comments on the publication, you must to register.