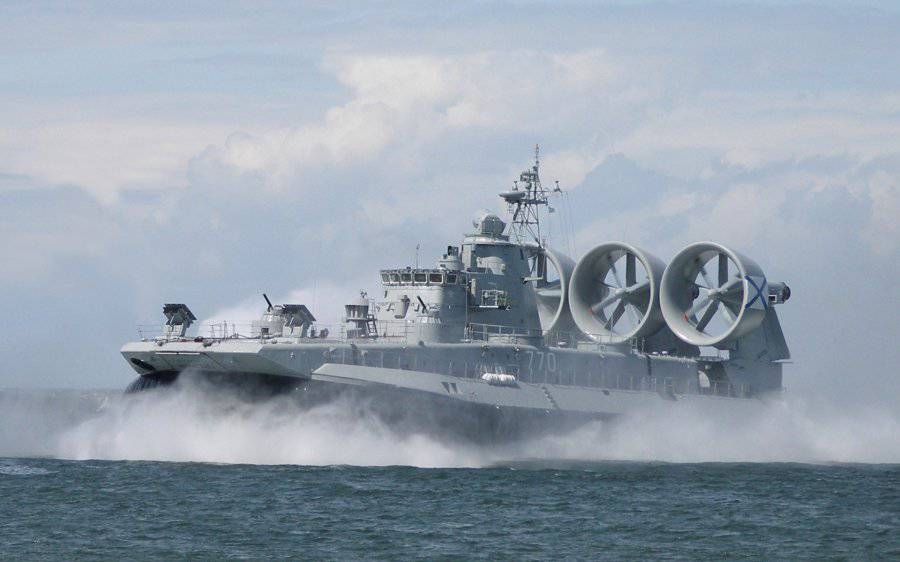 Russia is unlikely to be able to prevent the fulfillment of the contract on the supply by Ukraine of small landing craft on the Zubr airbag to China, but it is quite capable of making it economically less profitable. Such an opinion was expressed in a conversation with a Beijing correspondent of UKRINFORM by a representative of the state-owned company Ukrspetsexport, which takes part in the 14th International Exhibition AVIATION EXPO / CHINA-2011 held in the Chinese capital.


"The contract continues, nobody has canceled it, however, its implementation can be substantially difficult," the agency’s source said. He suggested that the Russian side could "block oxygen" by refusing to supply a "skirt" for the ship (flexible fencing, which is located between the ship's hull and the surface of the water), which is currently only in Russia, in Yaroslavl. Or so raise the price on it that it will lead to a significant increase in the cost of the finished product.

"The situation with the supply may repeat several years ago 200 tanks Iraq, when, after the shipment of 50 cars, the Russian partners refused to supply batteries and guns. As a result, we had to urgently establish the production of batteries in Lugansk and restore the operation of the tank gun production workshop that existed in Kiev in the Soviet era. We incurred enormous expenses, and the workshops after the execution of the order were virtually unnecessary, "recalls the representative of the exporting company. In the meantime, he stressed, all work at Theodosia shipbuilding company More is going according to plan, the first Zubr should be ready, as expected in 2012.

At the same time, he expressed doubt that Rosoboronexport, which had accused Ukraine of violating intellectual property rights on Zubr, would resort to judicial measures in resolving this issue, which was suggested by some Russian media.

As previously reported, a contract for $ 315 million between Ukrspetsexport and the Ministry of Defense of the People's Republic of China for the delivery of MDKVP was signed two years ago. It involves the construction of two ships in Feodosia (the first ship was laid in the FGC "More" in September 2010 of the year) and two more in China based on the documentation submitted by our side and with the participation of Ukrainian specialists.

Russia itself had lengthy negotiations on the supply of Zubrov with China, but the partners did not agree on the price, and the Russians flatly refused to transfer technology (Almaz, Central Securities and Design Bureau, St. Petersburg, Russia), insisting that China buy ready-made ships.

The Bison contract is currently the largest for the main Ukrainian merchant. weapons. In total, Ukrspetsexport currently performs about 20 contracts for the Chinese side, mainly in the repair of aircraft engines and systems. Negotiations are underway on the possibility of concluding a number of new contracts, including in the repair of engines for IL-76 aircraft (the Chinese Air Force currently has 20 of such vehicles, it is planned to purchase about 25). At present, the State Enterprise "Nikolaev Aircraft Repair Plant" NARP "and the State Enterprise" Lutsk Repair Plant "Motor" are mastering the repair of engines for this type of military transport aircraft.

During the exhibition, representatives of Ukrspetsexport held talks with their partners - companies, as well as aggregate plants from Wuhu, Chengdu and Xian.

In total, more than 24 leading foreign and Chinese manufacturers from more than 200 countries and regions take part in the expo, which will last until 20 September.

Ctrl Enter
Noticed oshЫbku Highlight text and press. Ctrl + Enter
We are
Russia at the Airshow China 2016The action “Military service under the contract is your choice!” In Rostov-on-Don: future contract servicemen, exhibitions and “Russian Knights”
8 comments
Information
Dear reader, to leave comments on the publication, you must to register.