Give up, Mr. Obama

March 27 2015
54
American analysts believe that, first of all, the United States should not be afraid of China, but Russia. It is Russia that threatens the “liberal order” by preparing for it “asymmetrical answers”. Other analysts close to the US government state that Washington has lost the information war to Russia. Maybe America will crush Russia with sanctions? It seems that here the White House was left with a nose ... 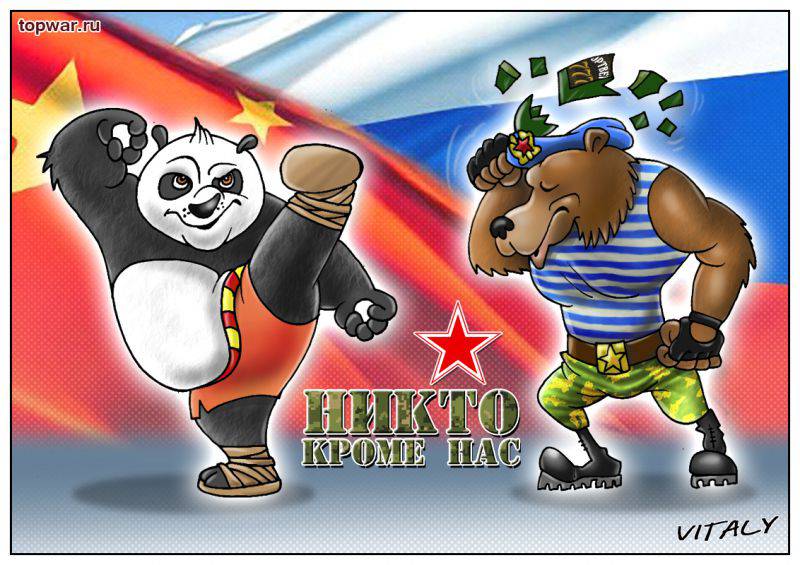 В "The Diplomat" An article by Robert Farley was published in which the analyst talks about the adoption by the United States Government of the updated “Strategy for Naval Cooperation in the 21st Century” (CSNXXX Century Seapower, CS-21).

The author recalls that the previous version of "Strategy" was criticized for installing "cooperation" with China and Russia. After all, China continues to expand its fleet and pursue a policy of pressure in the East China and South China Seas. Russia, the analyst notes, "in recent years has invaded Georgia and Ukraine, in fact having annexed parts of the territories of both countries." What kind of "collaboration" is there?

The joint strategy is an effective defense of the liberal international economic order, the author recalls. The version of the document from 2015 of the year (just like the previous version of 2007 of the year) provides for prompt actions by the US marine departments to ensure safety in the seas and oceans. We are talking about the fight against "the enemies of all mankind" (pirates, robbers and terrorists) and assistance in humanitarian disasters.

Much less effective such a strategy in the maritime conflicts between the great powers.

From the point of view of Robert Farley, Russia and China represent the “greatest potential threat” to the “liberal world order”. However, for Russia, the sea is far less important than for China or the United States. Russia has fewer benefits from strategic cooperation at sea and therefore can use “asymmetrical opportunities” to undermine this system.

According to the analyst, Beijing, unlike Moscow, needs a common system with Washington, but can fight for an “appropriate place” in this system. On the other hand, “this is much less likely” than Russia's probable attempt to “mix the pieces on the board.”

How exactly will Russia “mix the figures,” the analyst does not specify. One thing is clear: he objects to any cooperation with Russia, including at sea. Hence the indications of the “annexation” of the territories, and the “asymmetric possibilities”, and the “greatest potential threat” to the “liberal world order”. It seems that the analyst is afraid of any actions of Russia.

And there is something to be afraid of. The other day, the United States Broadcasting Board of Governors (BBG) distributed a report in which the victory of Russia in the information war was recognized. The war is, of course, against the United States.

25 March on the agency website Reuters (American version) Warren Strobel's article was published on the report of the US Broadcasting Board of Governors.

The first paragraph says that the United States is losing the information war not only in Russia, but also in the “Islamic state” and “other competitors”. The new report calls for strengthening US counter-propaganda efforts.

The Broadcasting Council is a federal agency established in 1994. His tasks include contacts with the State Department and government-funded agencies. News. The annual budget of BBG is $ 730 million. BBG is responsible for broadcasting US pro-government media to a foreign audience. The media includes radio, television, and a network where Voice of America and Radio Free Europe / Radio Liberty are among others, which were noted during the Cold War and helped drop the Iron Curtain.

The new report is based on assessments of thirty experts who are experts in the field of foreign policy and diplomacy. These people are not at all supporters of turning the state media into propaganda tools. Nevertheless, they believe that broadcasting is far from always "in harmony with American foreign policy goals."

“Competitors are fueling information war with anti-American messages and winning it, while US international broadcasting is only trying to keep up with competitors and changes in the media space,” the document says.

According to experts, the "international communications strategy of the United States" should be "restored from scratch."

The Ukrainian crisis is “the most serious challenge” that the USA faced after the collapse of the Soviet Union, co-author S. E. Wimbush said in a report.

Today, BBG is demanding an additional 15 million dollars from Congress for the new fiscal year to counteract Russia's propaganda. Analysts are confident that the United States is "in very unequal conditions" in the information battle. Russia is winning. And it's all about strategy and money.

Russia is blocking American broadcasts and spending huge amounts of money on propaganda abroad - according to experts, from 400 to 500 million dollars a year. The United States spends only about $ 20 million per year on Russian-language broadcasts.

“Consider that we have no money. We are like Liechtenstein against Russia, ”an anonymous diplomat told Reuters.

Critics of the BBG indicate that the structure of this department, the principles of its interaction with Congress, from which it is necessary to obtain different permits, have for many years impeded effective activity. Back in January, 2013, at the level of the State Department and Congress, was recognized that this agency had “collapsed”, and its bureaucratic structure was something like “Frankenstein’s dwelling”.

The US Broadcasting Board of Governors has concluded: it’s likely that no changes will save the sinking ship. Numerous problems of international broadcasting will not be eliminated.

According to the federal budget for 2015 year and 2016-2017 years, the costs of foreign information policy in the Russian Federation are increasing. For example, the TV channel "RT" in the current year should receive from the federal budget for 41% more than previously planned. Subsidies to the channel amount to 15,38 billion rubles. Subsidies to the agency "Russia Today" will increase in 2,5 times, to 6,48 billion rubles.

What should the West do? Maybe tighten the notorious sanctions?

The correspondent of "Reuters" Timothy Gardner, whose article was published in "The Daily Star", writes that the opposition of some European countries to the sanctions policy of Washington significantly narrows the possibilities of the White House.

Washington may strengthen the sanctions, trying to hit even harder on the raw materials industry in Russia, but this is very afraid of US allies in Europe. They believe that Moscow can “destructively” respond to additional sanctions in the sphere of energy supplies. No, it's not about a nuclear war, but about a very simple measure of the Kremlin: the Russians will take and reduce the export of raw materials to Europe. And Russian gas is very necessary for Europe.

Maybe the Americans alone put pressure on the Russians? But this is unrealistic: if Washington prohibits American energy companies from cooperating with Russia, their European competitors will immediately take their place.

The current sanctions did not change Putin’s policies, the journalist points out. The popularity of the president in Russia is high.

Experts, whose opinions are cited by the author of the article, say that the West has no obvious options to hit the energy business in Russia in the short term. And this means that there is no opportunity to influence the “Ukrainian strategy” of Russia.

So the US loses here too. It looks like we’ll add, the White House will soon have nothing to fight. Yes, and scary to fight something!

Writing maritime strategies, Washington is afraid of the “asymmetric response” of the Russians. Reflecting on the information war, American experts admit that this time the Kremlin is victorious. Thinking about new sanctions, Washington strategists understand that part of Europe will not support them, and Obama will not be able to fight Putin alone: intestine By doing so, it will hit American corporations like ExxonMobil, which will give way to the Russian market to satisfied European competitors.