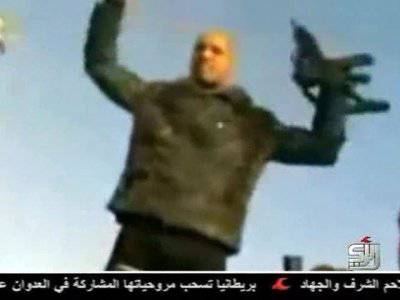 Syrian television showed the performance of the eldest son of Muammar Gaddafi Seif al-Islam, who had not appeared on television for about a month. However, the quality of his latest video leaves much to be desired. Only the date of shooting is known - 20 September, and its place is not established. Presumably, this is one of the few Libyan cities where fights with supporters of the colonel are still going on, perhaps Sirte. Safe al-Islam calls on the Libyans to repel Tripoli: "This is the land of your ancestors, do not give it away. Brothers, you need to capture Tripoli. I will give you weapon!"


Earlier, Muammar Gaddafi himself turned to the Libyan people. The audio recording of his speech was transmitted by the radio station of the city of Bani Walid, which is still controlled by supporters of the colonel. Gaddafi said that he is still at home and promises some "unexpected shock" to his opponents.

As reported, the wife of Muammar Gaddafi and his three children are now in Algeria. On the eve of the authorities of this country stressed that the relatives of the colonel who had fled should be aware of their guest status and not make political statements.
Ctrl Enter
Noticed oshЫbku Highlight text and press. Ctrl + Enter
We are
Seif al-Islam, son of Gaddafi, arrestedBattle of Tripoli
2 comments
Information
Dear reader, to leave comments on the publication, you must to register.