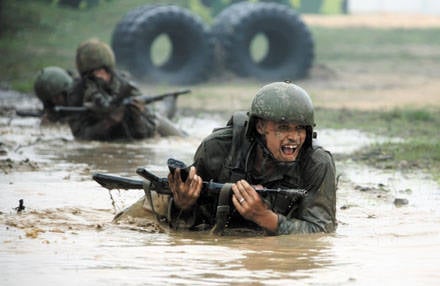 The development of endurance is an important part of a full-fledged "melee" training. In addition, an increase in the body's endurance has a general positive effect on a person, his quality of life.

Aerobic energy. This is the energy that the body receives from oxygen. We use it during prolonged physical exertion. Aerobic energy occurs, mainly through the metabolism of carbohydrates and fats with the participation of oxygen. The production of aerobic energy depends on the efficiency of the lungs, the ability of the heart to pump the required amount of blood over a certain period of time and the ability of the entire cardiovascular system to provide muscles with oxygen.

For the development of general endurance, the best are exercises in which large groups of muscles take part and rhythmic and repetitive actions take place in them. Therefore, such well-known and traditional exercises as regular long-distance running are excellent methods (it is advisable to run 2-3 once a week, in time from half an hour to an hour); swimming - long heats, at least 15-30 minutes; cross-country skiing; cycling or exercise on a stationary bike; jumping rope, various sports games (such as football). As the endurance of the cardiovascular and respiratory systems increases, training should become more intense. It must be remembered that in the case of termination of regular training, after a few weeks the body's endurance falls.

Also, There are mixed exercises that develop general and special endurance. So, in the process of cross-country one can and should accelerate, run in a ragged rhythm. To burden yourself with all sorts of objects - from special weighting on the legs and belt to a backpack with a load.

To use intermittent training is when intensive exercises are replaced by periods of active rest, breathing exercises, stretching exercises. For example, 1 a minute (with increasing endurance 3-6 minutes), you intensively work with a pear (another projectile to work out the striking techniques), then 3 minutes do stretching, or exercises to develop skills to move. And so a few approaches. Such training develops both aerobic and anaerobic endurance of the body.

Another similar exercise is to run the 100-meter with maximum speed, go back jogging, take a quick step and accelerate again, so several times in a row. Three minutes of practicing punches (kicks), a minute for stretching, and so several approaches. Three-minute sparring with a partner, a minute to recover, and so several rounds.

Sparring with a tree: jogging in the forest, when approaching a low-hanging branch or just a selected tree, 30 seconds - you make fast attacking movements for a minute, run again and as many times as you like.

Running up the stairs: at high speed, run up the stairs, returning back on foot or jogging. And so several times. Such training can be carried out on a hill in the mountains.

Running in place: run a minute with maximum speed, raising your knees as high as possible. Then breathing exercises, stretching. Take a few approaches.

"Circular" training - the consistent implementation of exercises for the development of strength, the development of endurance. For example: pushing 30-50 once, then squat 50-100 once, pushing again (you can change the type of push-ups, the first time is standard - on the palms, the second on the fists, the third on the fingers, the fourth legs on the hill, etc.), jump With the 3 rolling pin for minutes, pushing up, squatting, working with a pear (makivara) and so can be done until exhaustion. Such training can be conducted at home, in the gym at the gym, on the street, alone or in groups. Naturally you need intensity, number of exercises, and time to increase as you are ready. 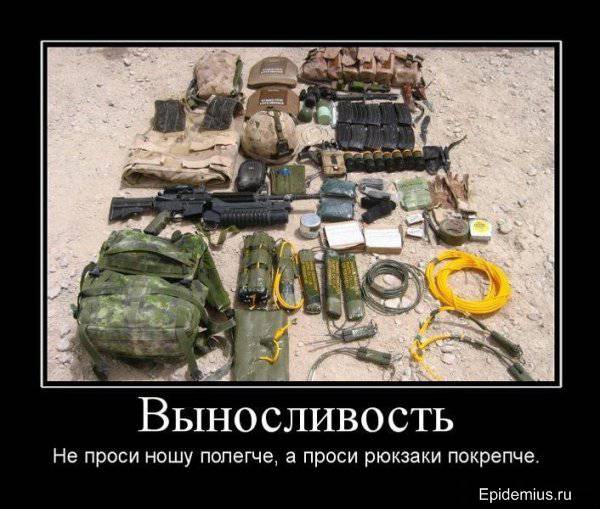 Boxer training in the USSR

Exercise for the development of strength endurance

We are in Yandex Zen
Battle Profile-1: RB Spas
Strength training
8 comments
Information
Dear reader, to leave comments on the publication, you must to register.