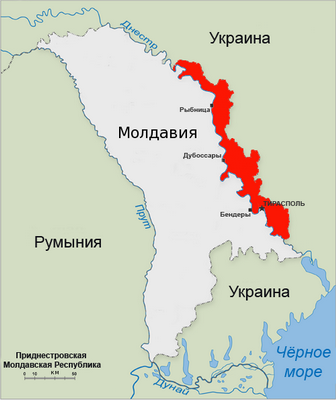 Romania enthusiastically accepted the proposal of the Americans to deploy on their territory parts of a single European missile defense system. And in this case, it is foolish to talk about this part of the missile defense system as an area that in no way threatens the security of Russia.


More recently, thanks to the next disruption of masks, the WikiLeaks portal revealed the secret of the real purpose of the missile defense complex, which is going to be installed on the territory of Romania. As it turned out, the Romanian authorities are in panic afraid of what Russia can do with Romania if it suddenly decides to go to Transnistria according to the Ossetian scenario of Mikhail Saakashvili. This was actually stated not by anyone, but by the President of Romania, Mr. Basescu. He directly told his American puppeteers that, despite Romania’s membership in NATO, she still feared the Russian threat.

Directly speaking, Romania in 2008 was ready to send its valiant troops to Transnistria with the aim of joining this territory to Moldova, and then to the “Greater Romania” itself. However, the glittering heels of Mikhail Saakashvili and his army along the road from Tskhinval to Tbilisi were somewhat cooled by the warlike Romanian fervor. One can imagine what would begin in Europe if Russian troops had not responded to the Georgian attack on South Ossetia. Sensing their strength and impunity, the other European puppets of the United States, to which Romania belongs primarily, would begin to reproach arbitrariness in the territories that cause them genuine interest. This Russophobic camarilla would start its campaign in Europe to destroy sovereignties with the active backing of NATO.

Information about the impending invasion of the Romanian units in Transnistria could not be believed, thinking that Bucharest did not completely out of mind. But WikiLeaks gives other expressions of Mr. Basescu, from which a normal person can experience the most negative feelings. The Romanian president says that if it was not the 21 century now, but the 1941 year, it would be the same as one of his predecessors, Ion Antonescu, would give an order to attack the USSR. Basescu even calls Nazi Germany the main ally of Romania of that time! Today, Basescu sees his best friend, NATO and the United States, which, in principle, are not so far from the Nazi Germany 41.

If you follow the logic of the Romanian authorities, then they are ready to see as their ally even a devil with horns, even the beloved Count Dracula, just to annoy with this Russian. What caused such a provincial habit of yapping on a big neighbor is not very clear. The only explanation may be as follows. Economic affairs in Romania go extremely badly. The country is stuck in loans, which, in fact, have nothing to pay. European financial giants, France and Germany, no longer intend to carry along this Romanian three-wheel trailer, which, along with Greek, Irish and Italian, strives to finally shake the economy of the Old World. So the Romanian authorities have to look again for the enemy. Well, who is the main enemy for the Romanians today and always - of course, a strong Russia. They will not blame the European Union for having somehow less actively started giving Bucharest money for living on a grand scale. In this regard, it was necessary to get another ally, for whom Russia is also like a bone in the throat. And an ally in the form of the United States was immediately found. Yes, as I found - immediately and with nuclear weapons. So luck for the unfortunate Romanian people. It can be assumed that go out Basescu with anti-Russian slogans and calls to join Transnistria today, many would have responded - the effect of an external enemy and the crowd, as you know, is a real generator of popular anger.

What to do in Russia? The answer is obvious. To pay attention to the insinuations of the Romanian authorities and to appeal to the international courts for the protection of honor and dignity - more expensive. You just need to conduct direct investments of Tiraspol, so that the residents of Transnistria themselves understand who they really have a better life with. And at the same time, it is not necessary to forget about the testing of its new missiles with nuclear warheads. With rockets, then any dialogue becomes more constructive ... And let Great Romania remain Great on Mr. Băsescu’s personal map with his dependent views on modern reality.

Ctrl Enter
Noticed oshЫbku Highlight text and press. Ctrl + Enter
We are
Attach Moldavia to Romania so that it “does not suffer”There are more Romanians in the world than Moldovans and Ukrainians think
26 comments
Information
Dear reader, to leave comments on the publication, you must to register.