28 September 2011
3
During the Great Patriotic War, it became clear that rocket artillery could easily compete with the usual - barreled. The relative high cost of rockets was more than offset by their power — action on the target. For example, the legendary “Katyusha” is sometimes told that her shells had a thermite warhead. It should be noted that this option was really tested, but due to the special fuse of the “original” rocket, the termite was not needed - the targets in the area of ​​destruction and so burned to the ground.


But the issues of range, area of ​​destruction and expansion of types of shells has not been canceled. Therefore, after the war, when the development and introduction of new models ceased to have a negative impact on mass production, the designers directly engaged in new ammunition and an increase in the firing range.

The results were not long in coming - already at the beginning of 60's, the Grad system appeared, covering almost 15 hectares with a volley at a distance of 20 kilometers. It was possible to shoot Grad with high-explosive, anti-tank, smoke projectiles and jamming projectiles. In the 70-x, the BM-27 “Hurricane” system hits the 35 km and hits 42,5 Ha. But this was not enough, and new research began. 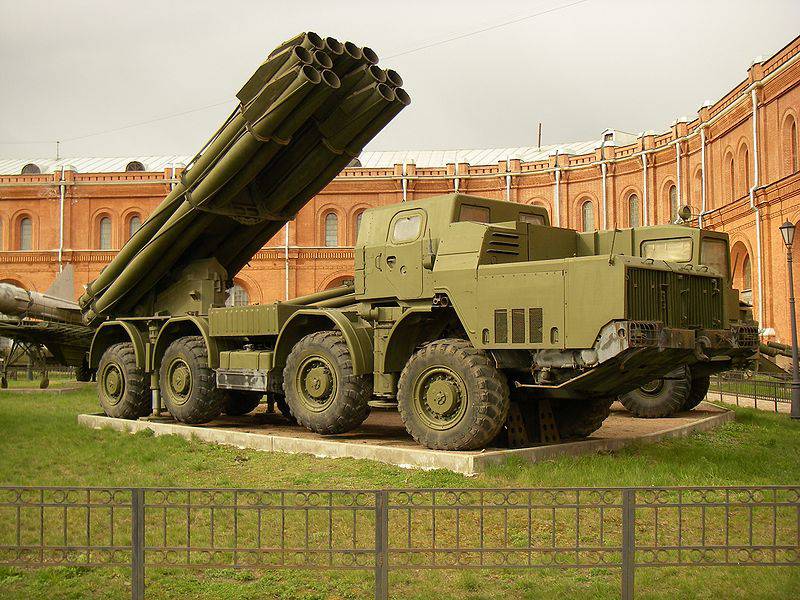 At this time, the likely enemy also did not sit on the spot. The development of the M270 MLRS MLRS was in full swing. But engineers from the Lockheed missile unit came to the conclusion that 35-40 kilometers are the ultimate range for unguided projectiles. Further dispersion of missiles takes very unsatisfactory size. A "full-fledged" guided missiles for the MLRS economically not at all profitable aviation. But the Americans still decided to increase the firing range by using homing guided missiles. However, their systems with such missiles more closely resemble tactical missile systems.

Since the end of 60-x at the Tula enterprise "TULGOSNIITOCHMASH" they have also studied the prospects of volley fire systems. And in the course of the work, we found several ways to increase not only the range, but also the accuracy of the fire. First of all, it is a relatively simple inertial control system. At the same time, as far as is known from open sources, the “brain” of the rocket tries not to hit the target with the entire rocket, but at the right moment to separate the warhead or unlock the ammunition cassette. To do this, the control system analyzes a number of flight parameters and amends the time set by the operator for separating the warhead.

In 1976, the government issued a resolution to begin the development of a new salvo fire system based on a new rocket. The development of the system, called 9K58 “Smerch” or BM-30, at NPO “Splav” (the new name “TULGOSNIITOCHMASH”) began under the general designer of the enterprise A.N. GA Ganicheva, but in connection with his death G.A. Denezhkin. 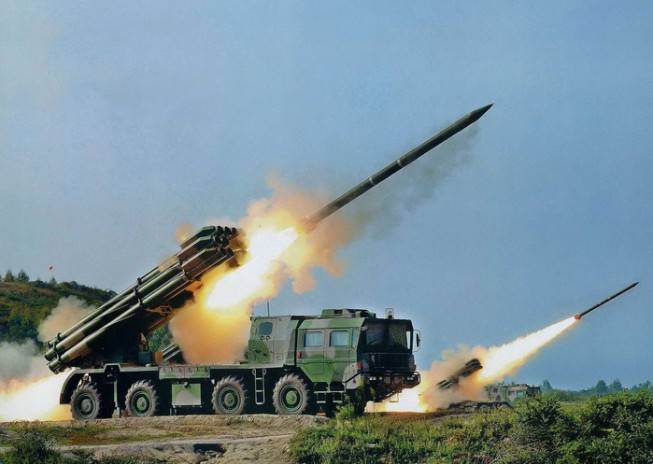 The tests showed good fighting qualities - one launcher fired all 12 missiles in 40 seconds, preparation for the volley "off the wheels" took 3-4 minutes, and the time required for an urgent return to the stowed position and leaving the position did not exceed 2-3 minutes . The result of such a “five-minute” was also impressive: at a distance from 20 to 70 km, one installation suited a total hell in an area of ​​65-70 hectares (five times more than “Grad”).

Despite the perestroika cuts in funding, the Ministry of Defense found strength to put the new Smerch in service, and in 1987, the system went to the army. And the engineers of Tula "Splava" continued to work on the modernization of the complex. The most notable of them is the replacement of the base car of all the vehicles of the complex with MAZ-79111 with MAZ-543М. The characteristics of the new chassis made it possible to change the design of the rocket and increase its range to 90 km - a new projectile with a high-explosive fragmentation warhead was designated the 9М528.

Now the “Smerch” range of ammunition looks like this:
9M55K. 300 mm caliber projectile with a cassette warhead. The latter contains the 72 element, heavy 96 and 360 light ready-made fragments to defeat lightly armored vehicles and enemy manpower. Most effective in open areas (field, steppe, desert, etc.).
9М55К1. Also has a cassette warhead. But this projectile carries the 5 self-aiming combat elements (SPBE) of the Motive-3Н type. These elements are ejected from the cassette over the target, after which, descending by parachute, they independently search for the target using infrared sensors. At the appropriate height, the element shoots a kilogram copper disc at a speed of about 2 km / s, which is enough to penetrate armor with a thickness of up to 70 mm at an angle of impact of up to 30 ° to the normal.
9K55K4. Carries in cassette 25 anti-tank mines PTM-3. Designed to quickly mine tank-hazardous direction from a safe distance.
9М55К5. The missile equipped with cumulative fragmentation elements is about 600 metal cylinders with a mass of 240 g each. When hit normal, the element punches up to 160 mm of homogeneous armor.
9M55F - high-explosive fragmentation projectile with a detachable warhead. As intended, it is similar to 9М55К.
9M528. Long-range missile (up to 90 km) with high-explosive fragmentation warhead. Equipped with a contact fuse with the ability to adjust the time of the explosion.
The only long-range serial projectile
9M534. An experienced missile for delivering an unmanned reconnaissance vehicle to the battlefield. The project is currently closed. 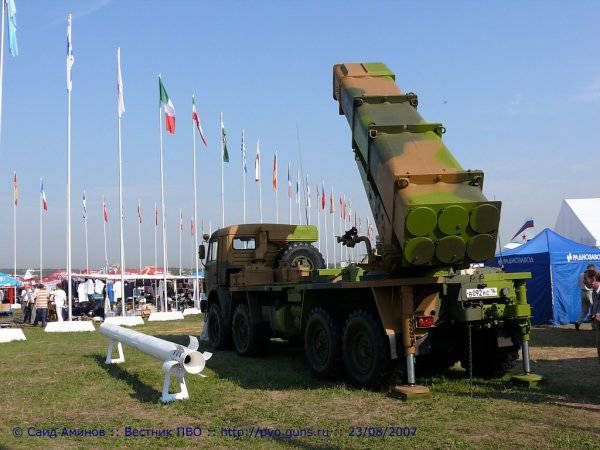 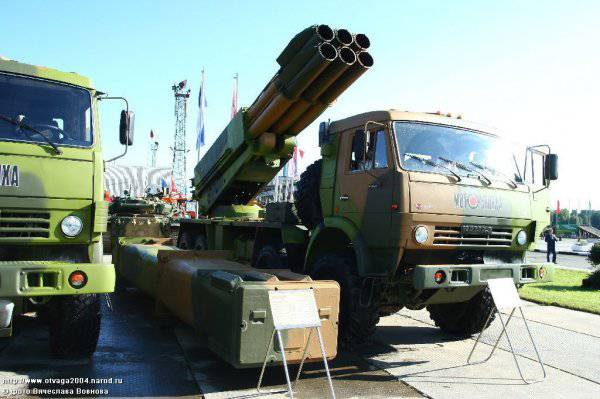 In 2007, at the MAKS-2007 showroom, “Motovilikha Plants” presented a new version of “Tornado” - 9А52-4 “Kama”. This MRLS is mounted on the basis of a KAMAZ-63501 truck and has not 12, but 6 guides for projectiles. This simplified design allows the unit to move on weak soils and bridges with weak carrying capacity.

Currently, the system “Smerch” is in service with 14 countries, a lightweight version of it is still at the contracting stage.

We are in Yandex Zen
British and American rocket artillery WWII
Heir "Katyusha"
3 comments
Information
Dear reader, to leave comments on the publication, you must to register.