About how Ankara turned away from Washington

March 25 2015
34
Western analysts believe that the Turkish president is pursuing a “strange” policy in the field of cooperation with NATO: sometimes he avoids interaction, then generally makes decisions contrary to the interests of the alliance. At the same time, Turkey is “turning its back” on American interests, negotiating with the Russians about the Turkish Stream gas pipeline. The more the union of Russia and Turkey grows stronger, the more fragile relations between Ankara and Washington become. 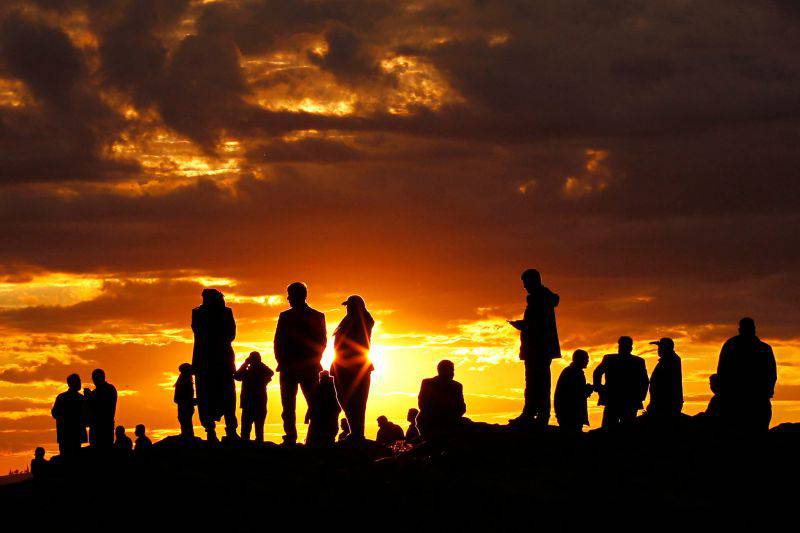 Turkey. On the border with Syria

In an editorial "New York Times" The website of the Ministry of Foreign Affairs of Turkey reports. The submission indicates that NATO plays an “important role” in ensuring the country's security, and therefore Turkey, which became a member of the alliance a long time ago, in 1952, “attaches great importance” to cooperation with NATO.

However, according to the editors of the American newspaper, Turkey’s commitment to the alliance has never seemed so “ambivalent” as it is today.

On the most important issues - from fighting the “Islamic state” and creating integrated protection systems to jointly confronting “Russian aggression in Ukraine” - Turkish President Recep Tayyip Erdogan and his government cooperate with the alliance either not fully or even in spite of the priorities and even the interests of NATO.

In addition, the newspaper notes that Turkey under Erdogan is becoming an "increasingly authoritarian" state. The editors of the publication are “obviously” that the country is moving away from an alliance “built on the principles of democracy.”

For long months, the Western Allies put pressure on Turkey to force it to close the "loose" border, through which thousands of jihadists are easily leaking, wanting to leave for Syria and join the ranks of the Islamic State militants. In addition, Turkey turned a blind eye to the smuggling of "IG" weapons and illegal oil trading.

Yes, in the end, the Turkish government took some steps to obstruct these “supplies”. Nevertheless, the flow is not completely stopped, evidence of eyewitnesses testifies to this (for example, recently published in The Times). The smugglers themselves say that yes, their “work” became more difficult, but sometimes the Turkish border guards still “look the other way”.

James Klapper, director of National Intelligence of the United States, recently told Congress that he did not hope that Turkey would take any serious measures against IG, because it has "other priorities and other interests."

And one cannot say that Erdogan is doing something contrary to the will of his people: public opinion polls show that the Turks do not consider IG as one of the main threats.

The North Atlantic Alliance and the United States also dislike the idea of ​​the Turkish government about the possibility of buying an air defense system from China at the price of 3,4 billion. The American and European allies do not approve of such cooperation with China. They do not like the fact that Turkey does not want to acquire the appropriate systems from them. Finally, NATO will not be able to integrate its system with the Chinese: they are incompatible.

Well, and Russia. This year, Ankara should sign an agreement that will allow Russia to build a gas pipeline bypassing Ukraine. The government of Erdogan, not paying attention to Western sanctions, benefits from the friction between Russia and the West, seeking for itself energy at preferential prices.

Moreover, Russia is going to build an atomic power station in Turkey.

American officials, of course, do not admit that Turkey will ever withdraw from NATO. Such a move "would be a catastrophic mistake." But the mere fact that there is a talk about such a possibility is of great concern to officials and experts in the field of defense.

As for the gas pipeline, an article about it in 20 March appeared in the Turkish English language edition. "The Journal Turkish Weekly".

The note states that on March 17 Russian President Vladimir Putin and Turkish President Recep Tayyip Erdogan discussed by telephone the Turkish Stream gas project. During the negotiations, Moscow confirmed its readiness to continue work on the new pipeline.

The planned pipeline will transport 63 billion cubic meters. m of natural gas to Europe. In fact, the magazine notes, this is the replacement of the South Stream pipeline, which Russia decided to close on December 2014 of the year.

The article further states that the Turkish state-owned energy company BOTAŞ and the Russian Gazprom agreed on a significant discount for Turkey - this is the 10,25 percent discount (“10.25 percent discount”) on natural gas, which Ankara will receive as a result of participation in gas pipeline project.

19 was held on March 14-I Turkish International Oil and Gas Conference in Ankara, during which the Minister of Energy of Turkey Taner Yildiz said that the deal with Moscow will provide Turkey with 10,25-percent discount on Russian gas. The agreement has not been signed yet, however, “trust in the Turkish-Russian relations is key”.

Yildyz noted that natural gas will also be purchased in Azerbaijan and transported through the TANAP project. However, this gas will cost Ankara more expensive than gas purchased from Russia. But at the same time, the lower price of Russian gas will make all gas more affordable for the population.

Yıldız also explained that the “Turkish Stream” will not replace “TANAP”.

What do experts think about cooperation between Turkey and Russia?

President of the Middle East Institute Yevgeny Satanovsky in an article for "Military Industrial Courier" noted that Turkey is the largest trading partner of Russia in the region. Strengthening ties is facilitated, among other things, by the differences between President Erdogan and President Obama.

The expert recalls that Ankara "adopted the reunification of the Crimea with Russia more than calmly."

Speaking about the gas pipeline project, Satanovsky noted that the disruption of the construction of the South Stream gave Turkey "ideal chances to put the EU on its own gas needle." Ankara got the opportunity to create an instrument of political pressure on Brussels. And for the Turkish government this “is no less important than the economic benefits of the project.” "Gas needle" will allow Turkey "to regulate the pricing policy in Europe and relations between suppliers and buyers, as Ukraine has never dreamed of with its gas theft and non-payment." It is curious that the Europeans will provide Turkey with the competition of the suppliers themselves, trying to “reduce the dependence of the EU market on Russia”. “Than this market’s dependence on Turkey is better,” Satanovsky writes with irony, “they haven’t realized yet that in itself speaks about the level of modern European and American politics.”

On the other hand, “from any bilateral project, Ankara will benefit first of all, since the Turkish elite, with all its“ east, ”is much more professional than the Russian in defending national interests.” In addition, for Russia there is a significant danger of the bet on pan-Turkism and the Islamic component traditional for Turkey’s foreign policy. Ankara, the expert reminds, together with Qatar supports the Muslim Brotherhood, whose activities in Russia are prohibited.

Satanovsky also calls Turkey a “jihad junction”. Yes, Ankara suppressed any attempts at anti-Russian activity, but today in Turkey there lives “a large and financially wealthy North Caucasian diaspora that maintains relations with relatives in Russia on an ongoing basis”. According to the analyst, the mechanism of radical Islamist pressure on Russia through Turkey "can be turned on at any time." In this case, Moscow "relies on the pragmatism of Ankara," for which the economy is a priority. But "calm down ... Russia nevertheless can not."

The expert focuses on the health of President Erdogan. The fact is that "independent sources talk about leukemia." The departure of Erdogan would inevitably entail "the strengthening of his many enemies and the weakening of contacts with Russia." According to the analyst, the US opposition is “Erdogan’s personal project.” Therefore, with a high degree of probability, Moscow can see Ankara "much more pro-American and pro-European, and therefore anti-Russian."

The expert reminds that the joint projects are “practically not funded” from the Turkish side, and all the economic risks lie with Russia.

To summarize If Erdogan leaves, the political situation in Turkey may change to the opposite. Talking about the diversification of gas supplies in this case will be a thing of the past, and the Turkish Stream will be closed for Russia just as the South was closed. The priorities of Turkey will be the interests of "Western partners." However, information about health problems in Erdogan may be common rumors. Or guessing.

On the other hand, it is difficult to allow politicians who after some time inevitably replace Erdogan and his government, refused because of the beneficial gas project for Turkey just because Uncle Sam is looking askance. Erdogan’s success in politics is precisely related to his ability to pursue an independent policy and think about the interests not of the United States or the EU, but of the interests of the motherland. As says the same Satanovsky: "Turkey's main partner is Turkey." The independence of Erdogan is just annoying overseas "partners" who want to dictate their will to everyone.