March 24 2015
131
On March 3, seven Russian attack aircraft launched from the Novofedorovka airbase in Crimea. Their route ran over the Black Sea in the direction of two NATO warships, the American missile cruiser Vicksburg and the Turkish frigate Tugutreis. Russian state-owned media called this operation a “refinement of exploration training tasks.” The aircraft monitored NATO ships from a distance greater than the defeat distance in the event of a hypothetical combat collision. 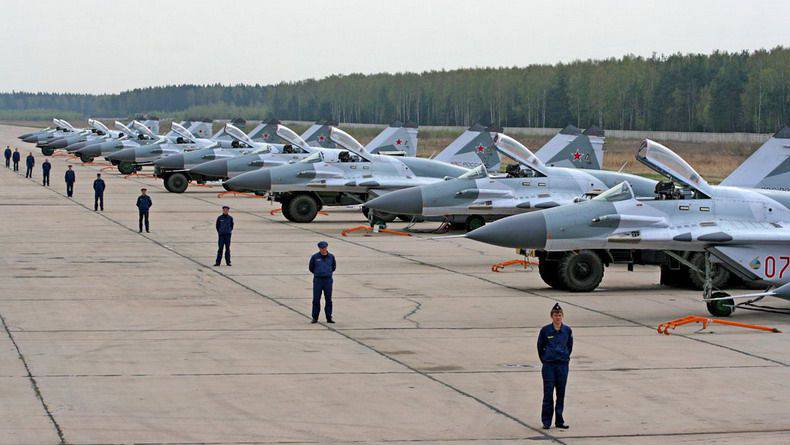 Such a patrol has become a common practice since the beginning of the war in Ukraine. A Russian aircraft is approaching NATO military ships or the airspace boundary and is conducting an imitation of combat maneuvers or reconnaissance actions. The number of Russian fighters and bombers patrolling space near NATO’s borders has tripled in the past year, but patrols have not yet become regular weekly, as during the Cold War.

It is safe to say that the Russian military aviation - formidable force. It takes the second place in the world in the number of combat aircraft; of 2500 aircraft more than 70 percent are serviceable. Unlike the naval fleet Russia, which has significantly reduced coastal defense forces, the Air Force possess significant combat power by modern international standards. Russia has the world's second largest fleet of strategic bombers capable of delivering nuclear weapon over a distance of thousands of kilometers.

However, the air force faces a host of problems that are characteristic of the entire military machine of the Kremlin. With few exceptions, the air force was created during the Cold War and is gradually becoming obsolete. Modern powerful fighters come into service, however, in small quantities. In the long run, further reductions in the Russian Air Force are expected.

The causes of these problems arose after the collapse of the Soviet Union in 1991. Plants producing aircraft and spare parts were closed or remained on the territory of other countries, mainly Ukraine. Engineers with experience in aircraft building emigrated or left the profession. The state stopped buying new aircraft (no cars were purchased until 2003) and suspended training flights. 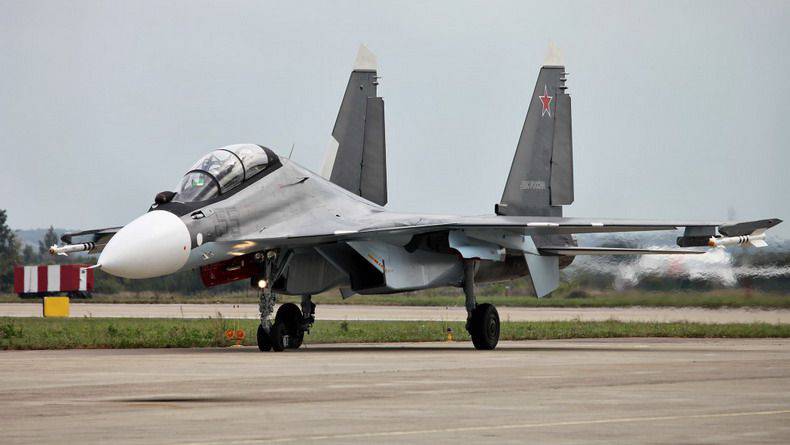 Russia has a lot to do. The Kremlin currently considers the modernization of its air force a top priority. This requires not only new aircraft, but also retrofitting of the existing fleet. In 2014, Russia spent more than a billion dollars to create new avionics and electronics systems that could allow Russian aircraft to more effectively suppress radar and tracking systems of enemy aircraft using electromagnetic energy.

On the whole, Russia plans to spend 130 billions of dollars on upgrading the air force during this decade, according to a blog post by the American military analyst Dmitry Gorenberg “Russian Military Reform”.

The state rearmament program, which provides for military procurement prior to 2020, relies heavily on domestic production. “Such an approach is not without some difficulties,” notes the review of the OE Watch, the monthly magazine of the Center for Foreign Military Studies of the US Army, “which the Kremlin prefers not to discuss publicly.”

Among these problems can be called a serious lag of the Russian industry in the field of microelectronics. These elements are not as widely known as airframes or missiles, which Russia does very well, but are critically important for modern fighters. Technologies provide such combat advantages as night vision and thermal imaging systems.

Forming your own aviation industry is not only a program involving the creation of new jobs. For Moscow, it is absolutely necessary. A huge amount of Russian military equipment was manufactured in Ukraine until the war between the Ukrainian government and the pro-Russian separatists put an end to this. The Ukrainian state-owned company Ukroboronprom, for example, produced most of the engines for Russian helicopters until last year’s contacts with it. According to British military experts from the Royal United Services Institute, Russia is physically unable to produce a sufficient number of engines to upgrade its helicopter fleet, since most of them were manufactured in Ukrainian factories.

Russia and Ukraine jointly produced heavy long-range transport aircraft AN-124, more than half of the elements of which are produced by Ukrainian enterprises. However, it should be noted that the Russian military transport aviation has a long service life. One of the largest Ukrainian aircraft factories, which supplied spare parts to Russia, is located in Zaporizhia, not far from the territory controlled by pro-Russian separatists.

“Many auxiliary systems, from hydraulics to brake parachutes, for Russian fighters Su-27, Su-30 and Su-35, as well as the latest model Su-34, are also manufactured in Ukraine. These four aircraft are the most modern Russian fighter. They are essentially very similar, with some differences and improvements in engines and electronics. 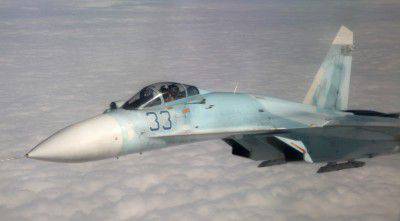 Aircraft hulls are produced by two different Russian companies, Irkut and KnAAZ (the Y.A. Gagarin Aviation Plant Komsomolsk-on-Amur), which is rather inconvenient and inefficient, however, there are reasons for this. For a long time, the Kremlin has made great efforts to find buyers in the international market. Therefore, the presence of two companies producing aircraft for the domestic market, allows you to maintain the performance of their production lines.

The most advanced Russian fighter of the fifth generation T-50, which is still under development, is also experiencing some problems. The Kremlin does not disclose any details about this car, a potential competitor to the American F-22 Raptor. However, some details are still known. Russia and India are jointly developing a version of this model for the Indian Air Force, so Indian generals had the opportunity to get acquainted with this aircraft. It is alleged that they did not like what they saw.

India has invested more than 5 billions of dollars in the original design, which should be compatible with Indian-made missiles and navigation systems. New Delhi intends to eventually acquire 200-like fighters and has few alternatives. In the class to which T-50 belongs, the only competitors in the international market are the Chinese J-20 and the American F-35. However, India needs fighters that can withstand the Chinese, and an equivalent amount of F-35-s would have cost significantly more. The Indian Air Force also has extensive experience in flying Russian-made vehicles. If New Delhi seeks to compete with China, this means either the acquisition of a huge number of less sophisticated aircraft, or the solution of problems with T-50.

Even Indian generals believe that T-50 is too expensive and has many low-quality items. “The aircraft engine was unreliable, the radar was not accurate enough, the anti-radar characteristics were poorly developed,” wrote the Indian publication Business Standard, which collected feedback from officers of the Indian Air Force. The newspaper does not specify the details, but the mention of anti-radar characteristics may indicate shortcomings in certain parts of the aircraft body. Russia has manufactured five T-50 prototypes, and small differences in design, such as poorly fitted fuselage corners, can make it vulnerable to radar. They also have large round engines that in no way allow them to remain inconspicuous.

However, all the same, the T-50 is a powerful and fast long-range fighter, and the Kremlin intends to equip it with modern missiles with the X-58USHKE radar homing head. The American F-22 and F-35 fighters are relatively slower and their missiles have a smaller radius of action.

The Air Power Australia Aviation Research Center concluded that the T-50 could emerge victorious from a potential air battle against American fighters of the new generation, such as the long-suffering F-35. However, even if this is true, Russia is able to produce these cars only in small quantities. Moscow intends to receive X-NUMX T-2020 aircraft by 60, which is an optimistic scenario. The first fighters were supposed to be put into service last year, but this did not happen. New date appointed 50 year.

Sixty perfect fighters may seem like a lot. However, the United States plans to create 2400 F-35 in the next two decades, and have already begun to supply them. And this is in addition to the 187 already available in service with the F-22. According to the expert, this means that the most modern Russian combat aircraft will be in a significant minority, while the rest of the Kremlin air fleet will continue to age.