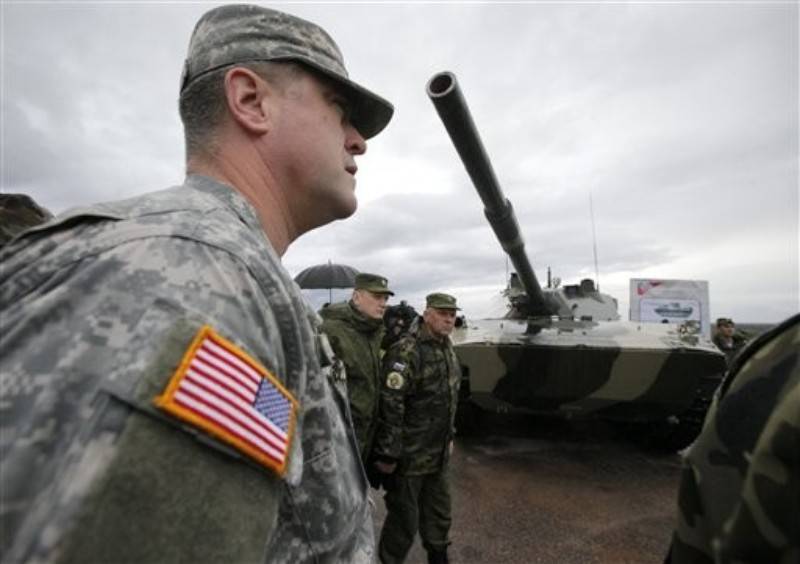 From 19 to 24 of September of this year, in the framework of the norms of the Vienna 1999 document, the next inspection of some military units and the display of selected models of military equipment took place in Russia. The composition of the commission included more than 60 representatives of 32 countries participating in the OSCE program (Organization for Security and Cooperation in Europe). Such visits, according to the protocol of this international treaty, are organized once every five years.

In pursuit of diametrically opposite goals, representatives of the inspecting and receiving parties are trying to maintain a delicate balance of the agreements reached. It is in Russia's interests to maintain the maximum possible secrecy of its developments, and it is the responsibility of the guests to obtain the maximum possible amount of such information. Such trends also occur during visits of OSCE representatives to other states. More loyal than the CFE Treaty (Treaty on Conventional Armed Forces in Europe), the OSCE has as its basis a document drawn up in such a way that many of its points are successfully managed by its participants. So, for example, Russia, according to the conditions of the Vienna Document 1999, can have only about two thousand tankshowever, for example, the 2S25 self-propelled gun, which is essentially a light tank, is nominally considered an armored personnel carrier, the allowable number of which for the Russian Armed Forces is eleven thousand. Documents were issued in the same way on the MT-LB armored personnel carrier, which, due to the lack of seats, was included in the category of conventional tractors, and the amount of such military equipment was not regulated by the aforementioned agreement at all.

What exactly will be shown to visitors, is determined after receipt of a special application from the inspecting party. On their last visit, which took place in September 2006, foreign guests examined the Kantemirovskaya tank division, located in the Moscow region, and the Lipetsk aviation center. This time the choice fell on the Kamensky motorized rifle brigade and the air base Savasleyka.

The 4-th branch of the Center for Combat Use and Retraining of Flight Crews is now located at Savasleyka Air Base. This is one of the most important parts of the air combat power of Russia. At a military airfield, representatives of the armed forces of European countries and NATO were represented by the Mi-28H - a multi-purpose attack helicopter, also known as the “Night Hunter”. Adopted in 2008 year, the Mi-28H is a modification of the combat helicopter Mi-28. Work on the Mi-28H was carried out by the designers of the helicopter plant to them. M.L. Mile with 1993 of the year. The main purpose of the "Night Hunter" is to cover and support the ground forces. The peculiarity of this type of machines is the ability to make combat missions at night at extremely low altitude. Mi-28H is the latest combat helicopter model adopted in the Russian Federation. Currently, engineers are working to develop a model of the fifth generation helicopter.

The final stage of the visit was the demonstration of two armored personnel carriers and one light tank at the military range in Kamenka. The 125-mm self-propelled light tracked artillery amphibious assault X-NUMX-2 "Sprut-SD", the reconnaissance chemical machine РХМ-25 and the upgraded armored personnel carrier BTR-XNUM were shown with a detailed description of the tactical-technical characteristics of the military of the Western states.

When conducting combat operations, the self-propelled gun "Sprut-SD" is used as part of the airborne and ground forces to destroy enemy personnel and military equipment and has the firepower of a tank. 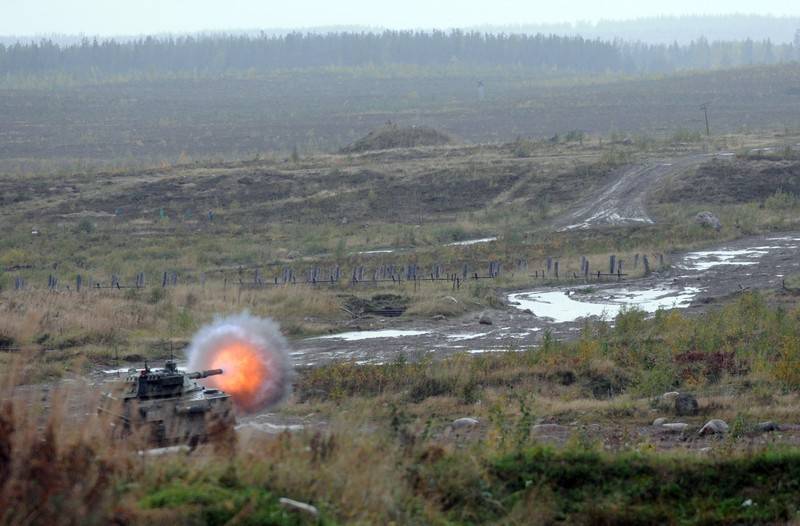 In the world today, there is no analogue of the self-propelled gun 2C25 "Sprut-SD". The unique hydropneumatic chassis installed on this tank makes it possible to develop the speed of movement on the highway to 70 km / h, on rough terrain to 50 km / h and to 10 km / h on the surface of water bodies. The effectiveness of 2X25 was confirmed by tests conducted in the North Sea. In a three-point storm, the ACS conducted aimed fire with a fairly high hit rate. 2С25 is able to parachute into the water from a cargo ship and independently return back. The revolving turret of this combat vehicle is equipped with a 125 caliber mm cannon and a 7,62 mm machine gun.

The 2C25 "Sprut-SD" was adopted by the Ministry of Defense of the Russian Federation in 2009.

The PXM-6 “Wagon” armored personnel carrier, which entered service in 2011, is comparable in its fighting qualities and performance characteristics to foreign analogues. The reconnaissance chemical machine РХМ-80, designed on the basis of the BTR-6, is intended for sensing and reconnaissance under the conditions of a chemical and radiation attack at a distance more than 3 km. The PXM-6 can be controlled remotely. The equipment with which this equipment is equipped (PRHDD-2B), for a period of time up to 60 seconds, can detect the dispersion of harmful substances over an area of ​​10 km2. 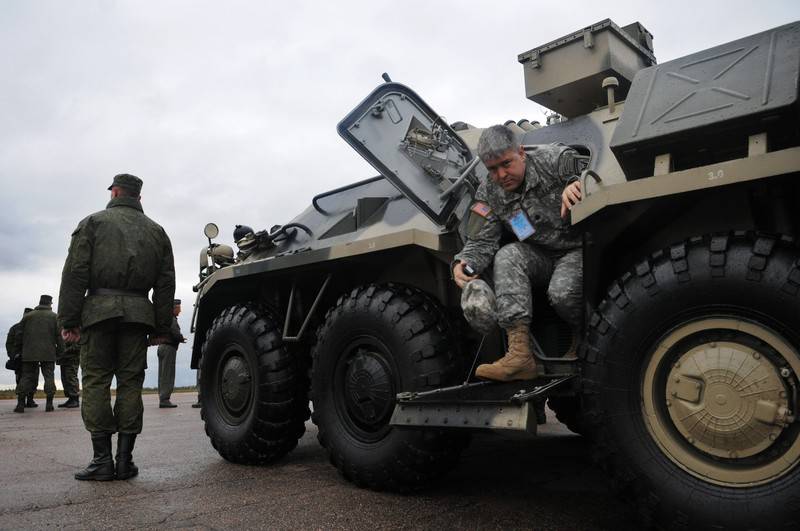 The PXM-6 control is provided by the new inertial navigation system CH-PXM.

Also, this model is equipped with a device used in the space industry - 14Ц834, which performs the functions of collecting information from reconnaissance devices, displaying and transmitting to the CPU of the situation on the explored area, determining the location of the machine in all weather conditions using signals from the space navigation system.

Replacing two gasoline engines with a more powerful and fireproof KAMAZ-7403 diesel engine improved the cross-country performance of the BTR-70M and allows for higher speeds. The armament and a large number of components and assemblies of the armored personnel carrier were also changed, which made it look like the BTR-80. The BTR-70M turret is equipped with a machine gun, but may additionally have an automatic 2-72 cannon.

The direct purpose of this combat unit is to transport the crew and the assault force during a maneuver or march and to protect them from bullet and fragmentation wounds affecting weapons of mass destruction and mines. The tactical and technical characteristics of the BTR70-M allow this vehicle to develop a sufficiently high speed both on the highway and on rough terrain and overcome water barriers with acceleration.

In order to demonstrate the combat capabilities of the presented equipment, the host party organized demonstration exercises with the participation of tank and mortar units.

After the completion of the demonstration bout, journalists were invited to the representatives of the OSCE participating States to receive an official assessment of the visit as a whole. The American representative, Lieutenant Colonel James Yents, spoke on the inspection team, who noted the strengthening of mutual understanding with Russia and the observance of the terms of the agreement by the receiving party. According to the head of the National Center for the Reduction of Nuclear Safety, such visits strengthen the process of rapprochement between Russia and European states. 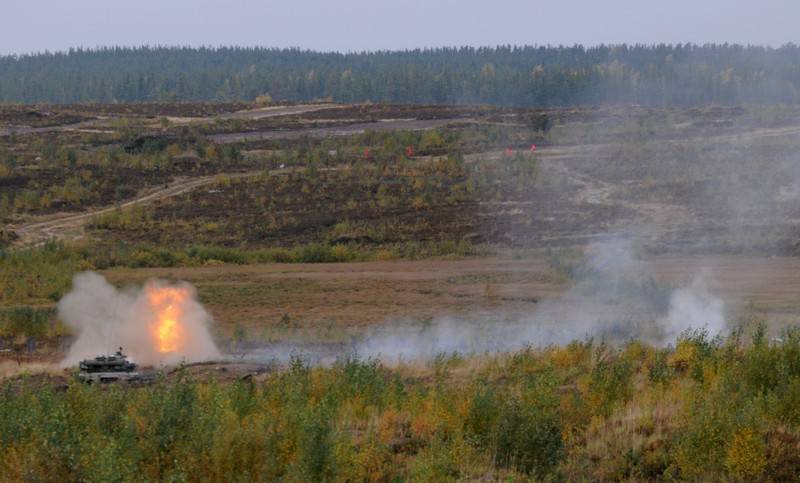 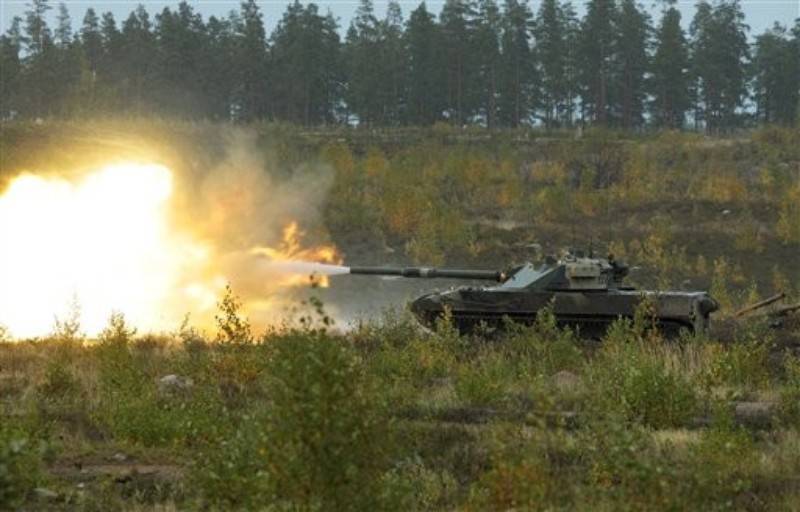 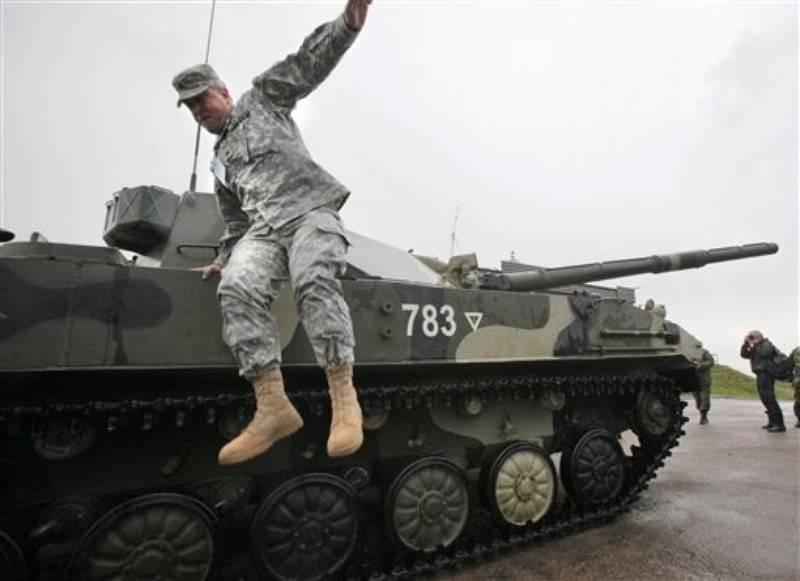 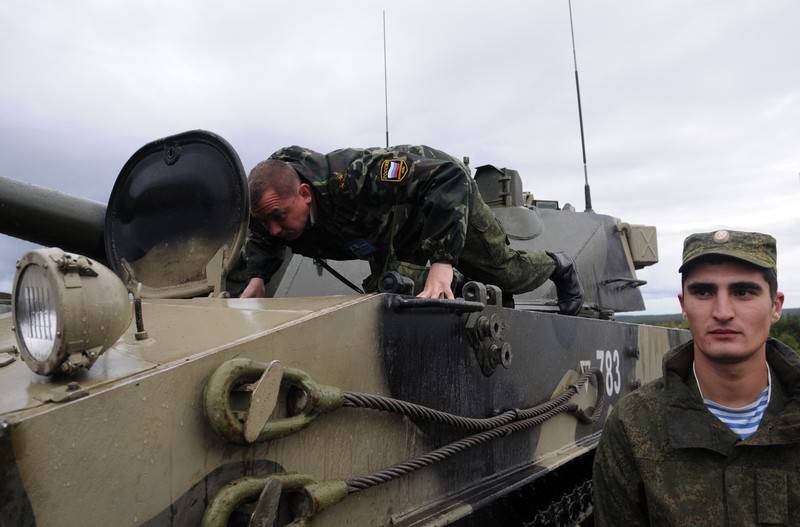 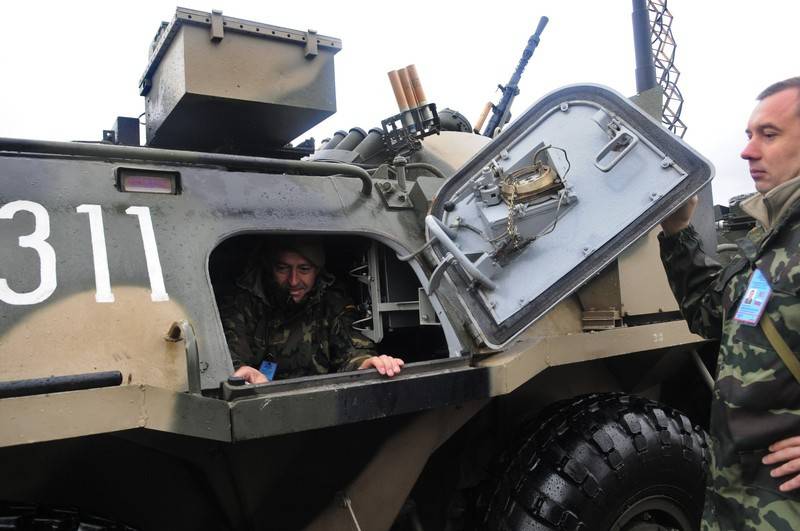 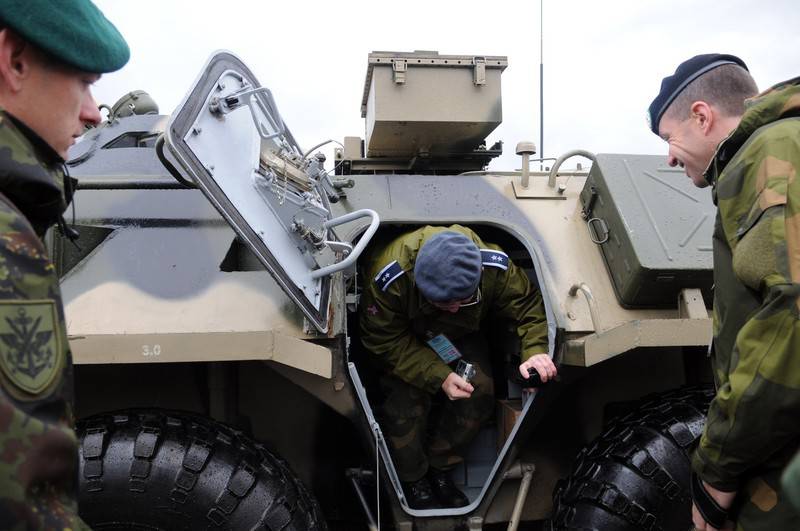 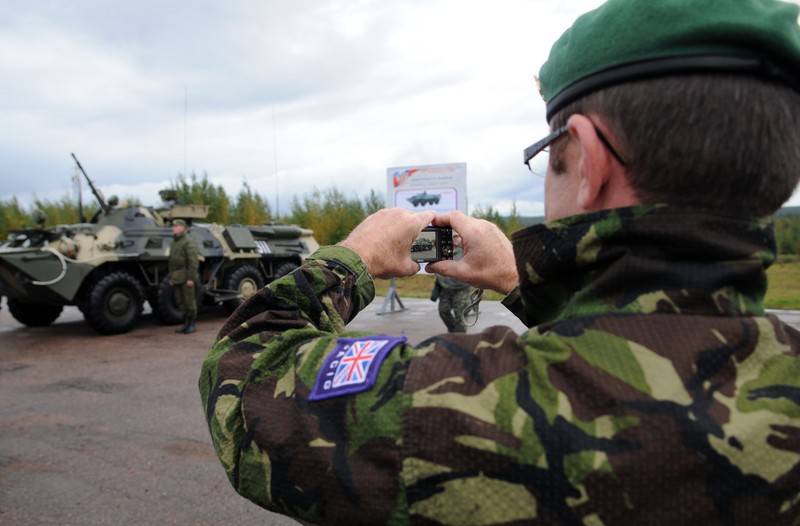 We are in Yandex Zen
Demonstration show "Interpoliteh" will be interesting novelties
CFE Treaty: more than a treaty, or on the issue of mutual trust
2 comments
Information
Dear reader, to leave comments on the publication, you must to register.