The exhibition of weapons Defense Security and Equipment International in London

27 September 2011
6
Every two years, the capital of the United Kingdom of Great Britain London turns into a world center of armaments. London docks turn into real warehouses weapons and modern military equipment. Of course, this is not about the approach of war - it’s just that the world's largest exhibition of Defense Security and Equipment International is held here - security, defense and military equipment of many states of the world. 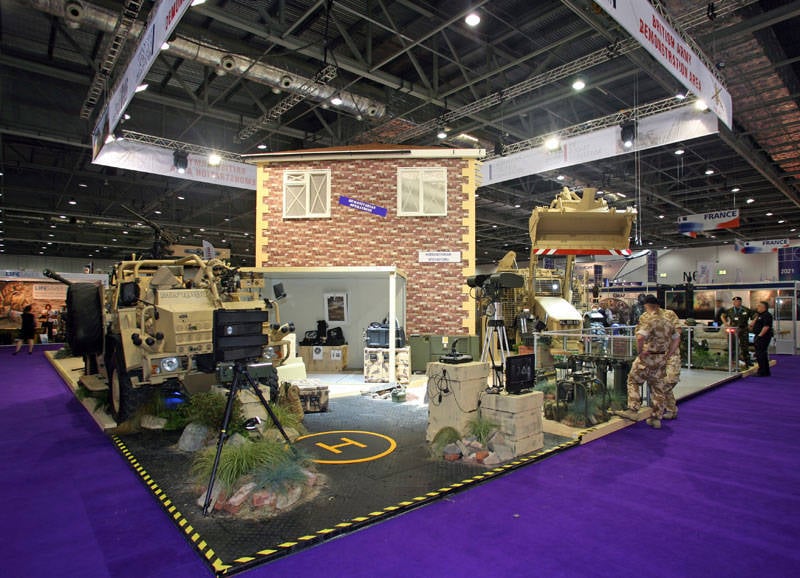 Sea, land and air technologies from more than fifty countries are brought to London, and the number of companies participating in the exhibition is over a thousand.

The current international exhibition of means of defense and security at the ExCeL exhibition and trade center in London is being held against the backdrop of cuts in US and British military budgets and protests from pacifists. Considering the fact that anti-globalists promised to hold protest actions, the exhibition works in a completely closed mode, but even so, more than 25 thousands of specialists will visit it.

At the opening of the exhibition, the Minister of Defense of Great Britain Liam Fox made an official speech to the participants. "Today, pressure on state budgets is steadily increasing, and, given this, the exhibition must demonstrate the saving of taxpayers' money," said a high-ranking official in his speech.

The UK has the most powerful after the US OPK. In 2010, the British placed weapons on $ 35 billion. At the same time, according to data published by the Stockholm Peace Research Institute (SIPRI), the Russian Federation is in 2 after the USA in terms of arms exports. The US share in the 2010 period was 30% of weapons sold, Russia the 23%, Germany the 11%, France the 8%, and the UK the whole 4%. The main customers of Russia are India, China and Algeria.

At the Russian stand of the DSEI exhibition, defense products are represented by the leaders of the domestic defense industry - the Northern PKB and the Izhmash concern. The main manufacturer of Russian small arms "Izhmash" for the first time participates in the international exhibition of weapons DSEi in Britain. The people of Izhevsk are confident that the reforms being carried out will be able to raise the position not only of their enterprise, but of all Russian gunsmiths on the world market scale.

At the stand of the concern "Izhmash" will be presented: Nikonov and Kalashnikov assault rifles, sniper rifles, Kitol and Krasnopol guided weapons systems. In addition, Izhevsk Machine-Building Plant will present weapons designed for law enforcement structures and special forces, in particular, the new smooth-bore carbine "Saiga-12-EXP-01" and the training modification of the modern submachine gun "Vityaz". Maxim Kuziuk, General Director of the NPO Izhmash, in particular, stated: “The Izhmash products are of interest to very many states of the world, and today not only defense agencies, but also law enforcement agencies, special units. We organized the exhibition in such a way as to maximally satisfy the interests of these departments. ” 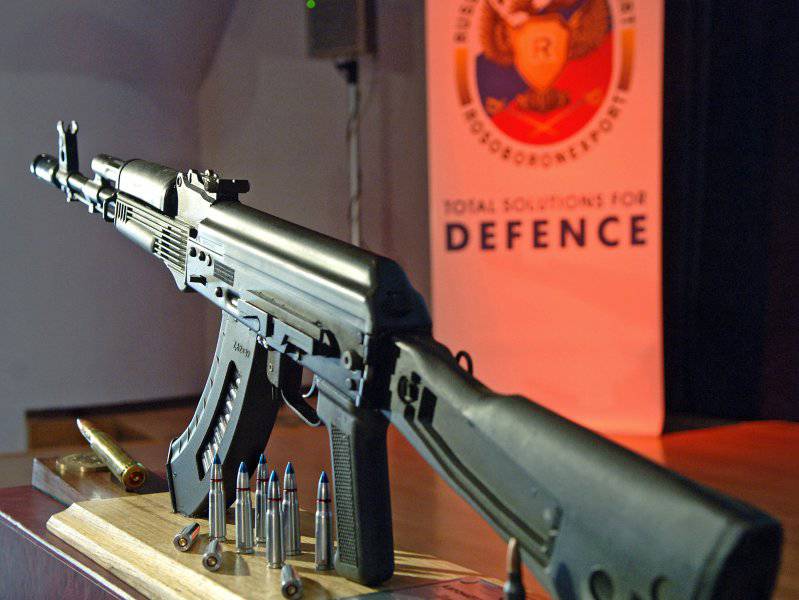 For the first time in London, among the Russian exhibits there are personal protective equipment made of ultrastrong aramid yarns. Such means of protection as body armor made from these fabrics surpass existing models in many ways. Russian dual-use and civilian products at DSEi were presented by ZAO KShF Advanced Textile Worker and OAO Kamenskvolokno, both companies in the UK capital for the first time. They delivered to London the thread and aramid fabrics made from it, which are used to create personal protective equipment - body armor and helmets, to create a body of rockets, in the helicopter industry, and parachute fibers.

As Galina Sklyarova, the deputy director for technical issues of Kamenskvolokno, reported, the exhibition features, in addition to the traditional thread Ruslan, also the thread Otex, a new material that is sometimes called a gold thread and which helps to significantly ease the equipment of a fighter and This preserve the level of protection. “Of course, today it is difficult for us to compete with the West. It is necessary to fight and prove that our material is many times better than that of foreign firms. Naturally, they are more reputable, they have been working in the world market for a very long time, but we recently put our products on the international market, ”Sklyarova said.

The Advanced Textilschika garment factory from Korolev will present the latest fabrics made from Russian aramid at an exhibition in London to create personal armor.

“We fruitfully cooperate with Kamenskvolokno enterprise, which supplies us with ready-made aramid fiber necessary for the manufacture of fabrics. In London, we will be presenting our products together, which is not inferior to European models in any indicator. In terms of a number of parameters, foreign fabrics from Tvaron, Kevlar and Xerakrona are even superior, ”said Elena Piven, commercial director of the factory.

Fabrics near Moscow factory have a wide range of applications and, in particular, for the manufacture of production of parachute systems, means of individual armor, manufacturing rubber boats, high-strength composite materials and fillers for organoplastics.

Overalls are made from the factory’s fabrics to protect the personnel of the Emergencies Ministry units and the fire brigade from high temperatures, flame emissions, heat flows of considerable intensity when working in extremely extreme situations, overalls for the mining industry.

The Northern PKB on DSEi presented several frigates, patrol ships and multipurpose ships, most of which have already been launched.

The United Kingdom for the first time showed the public a new destroyer of the 45 project Downtless. The ship of this project visited London and moored at the pier of the ExCeL exhibition center.

According to ITAR-TASS, the destroyer Dountles is the second ship of Project 45. It was delivered in June 2010. At the end of June, the ship took part in the annual international naval exercises "FRUCUS-2011", in which Russian warships (a large anti-submarine ship of the North fleet "Admiral Chabanenko" and the rescue tug of the Black Sea Fleet "Shakhtar"), France, the United States practiced the actions of a multinational operational unit to combat piracy and protect convoys. 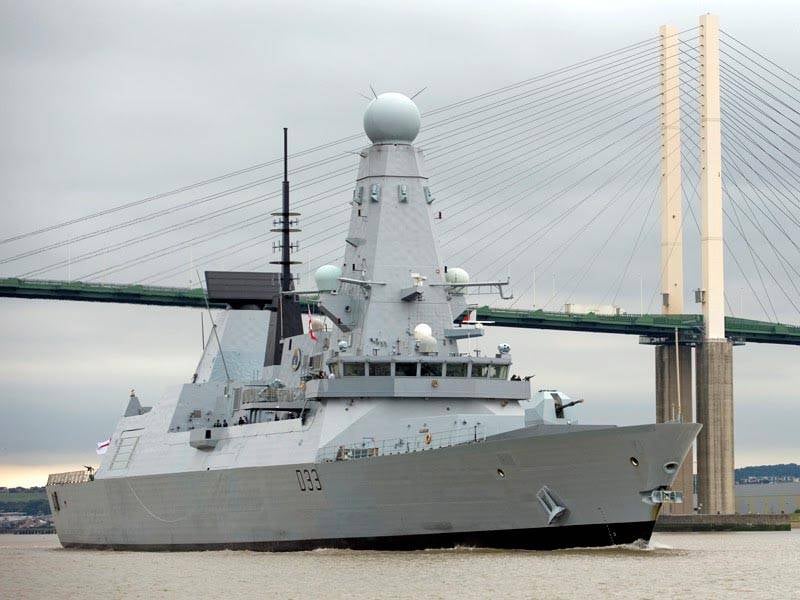 Among the most interesting weapons systems presented at the London exhibition, we can single out a new version of the BBM Dingo-2, developed by the German company Krauss-Maffei Wegmann. 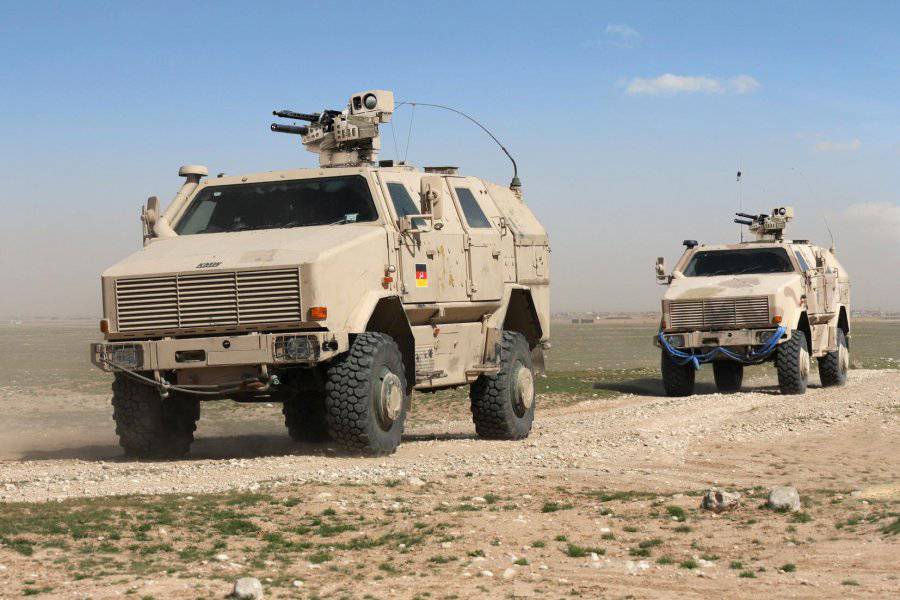 Currently, KMW has developed and built about one thousand Dingo BBMs in separate 15 versions to support the German Armed Forces, as well as foreign customers, including Norway, Austria, Belgium, the Czech Republic and Luxembourg.

The combat vehicle provides a high level of protection, has proven itself in combat conditions during international operations conducted under the auspices of NATO, the UN and the EU, primarily in Afghanistan.

BBM "Dingo-2" assembled on the UNIMOG chassis and equipped with a 6-cylinder engine with a power 225 kW and a fully automatic transmission. The total combat weight of the new BBM has been increased to 14,5 tons. While maintaining typical dimensional characteristics, the BBM Dingo HD is designed for the transportation of payloads with a mass up to 3 tons.

The design of the new version is compatible with other BBM class "Dingo-2", which greatly facilitates the supply of spare parts and maintenance for the states that these armored vehicles purchased earlier. Taking into account the possibility of use in regions with a difficult climate, the machine is equipped with an automatic climate control system and protected ventilation.

A light combat module with remote control FLW-100 / FLW-200, developed by Krauss-Maffei Wegmann, is installed on the BBM as the main armament. All control of the combat module is carried out from the cockpit. Integrated stabilization system provides aimed fire in the dynamics of movement.

A small private company OVIK Group, established in 2008 in the UK, presented at the exhibition its own version of the modernization of outdated Scorpion class tracked vehicles into a multi-purpose modern machine Meerkat SLTV, designed for use as a patrol, reconnaissance, etc. The project is obviously designed in the interests of an unnamed foreign customer; Meerkat field trials are scheduled for mid-year 2012. 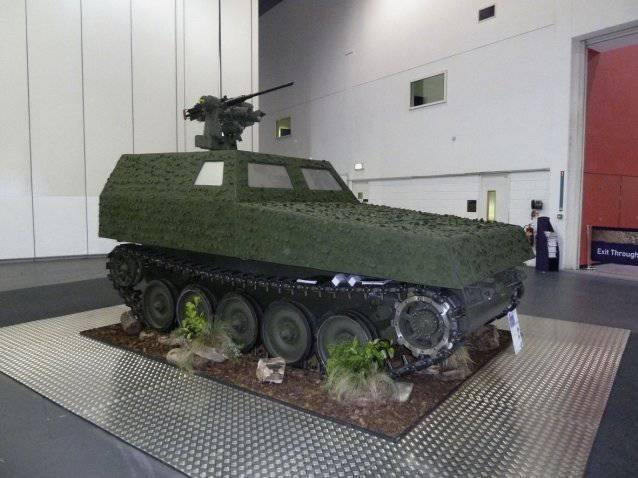 The Meerkat demonstrator shown on the DSEI is equipped with a Kongsberg turret with a built-in 12,7-mm machine gun of the M2HB type. The turret is placed on a modular weapon cassette that allows you to install various weapon systems in a turret design.

Not passed the exhibition and without the countries of discovery, so, in particular, was demonstrated the first cruise missile made in Turkey. The SOM, developed by the Institute for the Study and Development of the Defense Industrial Complex at TÜBITAK, has a launch range of more than 180 kilometers.

Created by Turkish engineers cruise missile SOM was created for combat aircraft F-4. As it became known, it is expected in the near future to finalize it in order to ensure the applicability of the new F-16.

One of the new products presented at the London-based exhibition of Defense and Security Equipment International (DSEi) is the light armored vehicle Dzik 4, demonstrated by the Polish factory AMZ-Kutno, which is a further development of the Dzik family of vehicles produced by this company.
Information about the machine Dzik 4 leads magazine "Jane's Defense Weekly". The most interesting feature of Dzik 4 is the use of MTV Industries 75.22 chassis as its base. MTV Industries is part of the Italian company Trimedpro, which specializes in the release of medical and special equipment. In essence, the MTV Industries 75.22 chassis, which began marketing under the MTV brand this year, is the Russian GAZ-33081 Sadko with the 4х4 wheel formula, equipped with the Minsk Diesel Engine D-245.7EX3 with 147 HP. 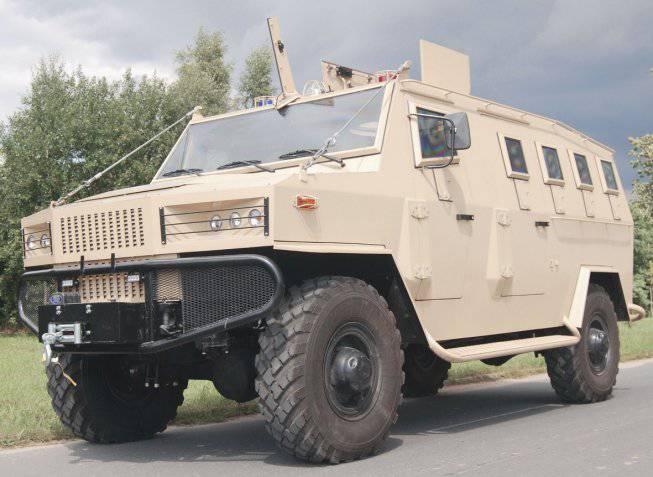 The Dzik 4 armored hull accommodates a 10 man (two crew members and eight paratroopers) and is said to provide protection against 7,62 x 39 and 7,62 x 51 armor piercing bullets. The hull has five doors and 12 loopholes for small arms (five on board and two at the rear). At the same time, nothing is reported about the mine protection of the machine. Judging from the photo, the pronounced elements of mine protection in the construction are absent, from which it can be concluded that the Dzik 4 is not an MRAP category vehicle, but, like the Dzik 2 and Dzik 3 vehicles, it is actually a police armored car.

Dzik 4 marketing is carried out jointly by AMZ-Kutno and Trimedpro, while African countries are considered as the main potential market for the machine. It is reported that earlier Trimedpro has already delivered trucks and special cars (apparently, the same MTV Industries 75.22) to a number of African countries, including Angola and Somalia. 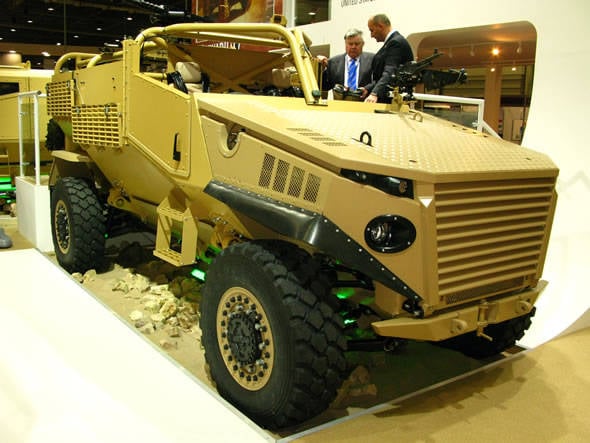 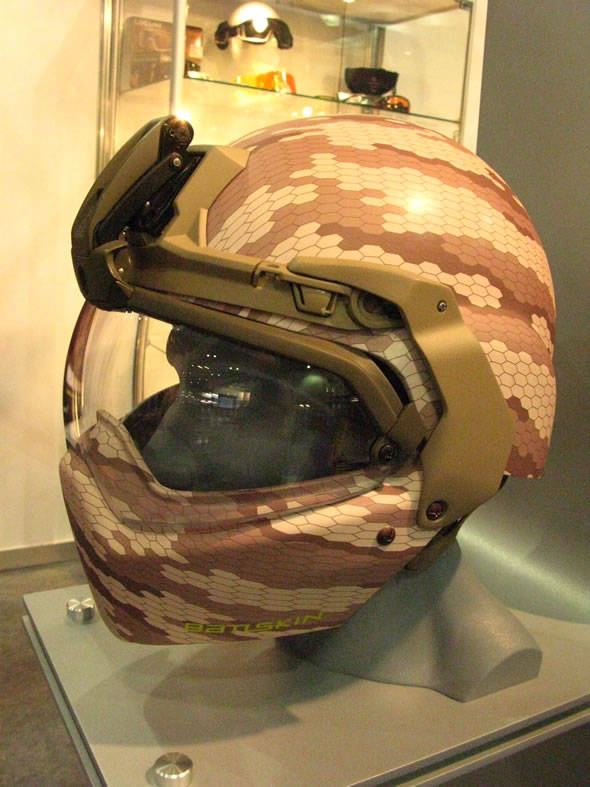 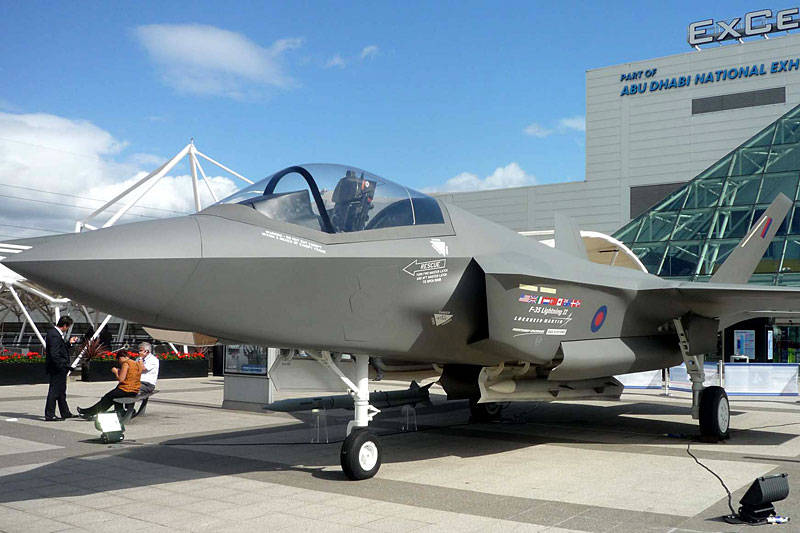 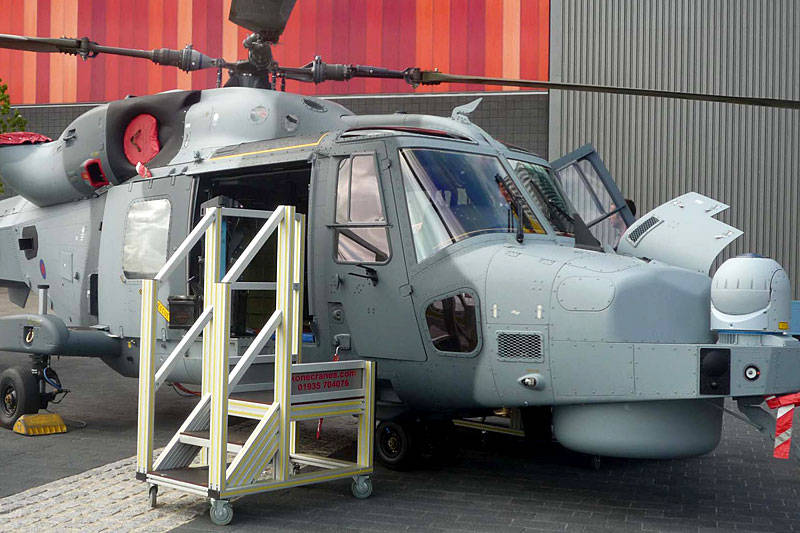 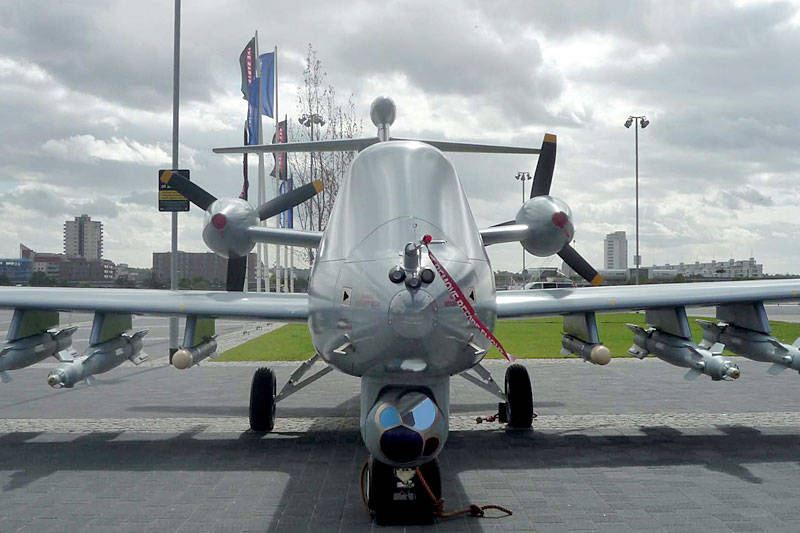 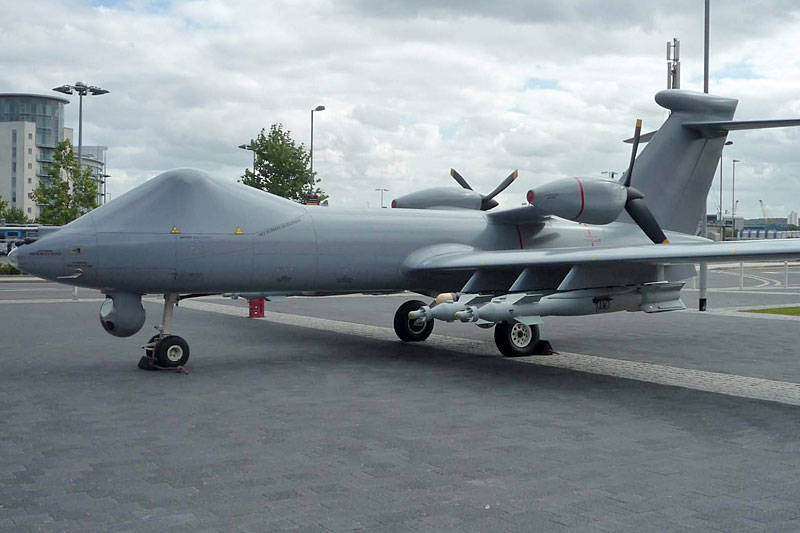 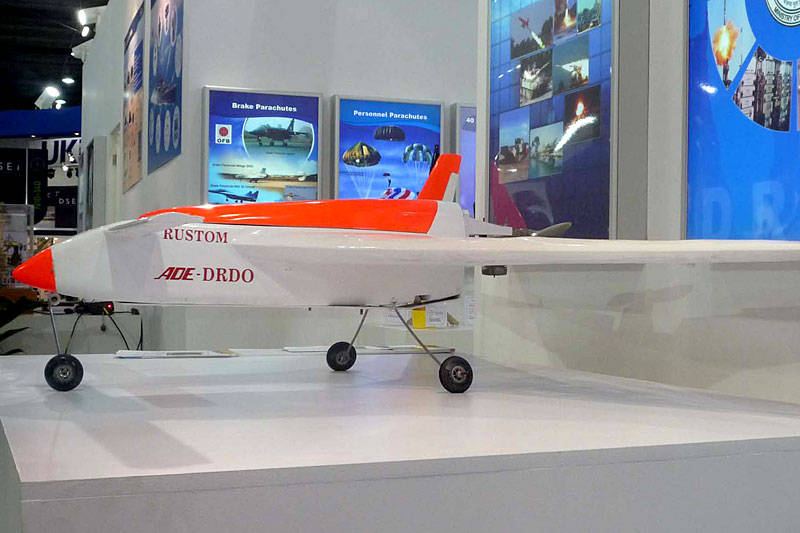 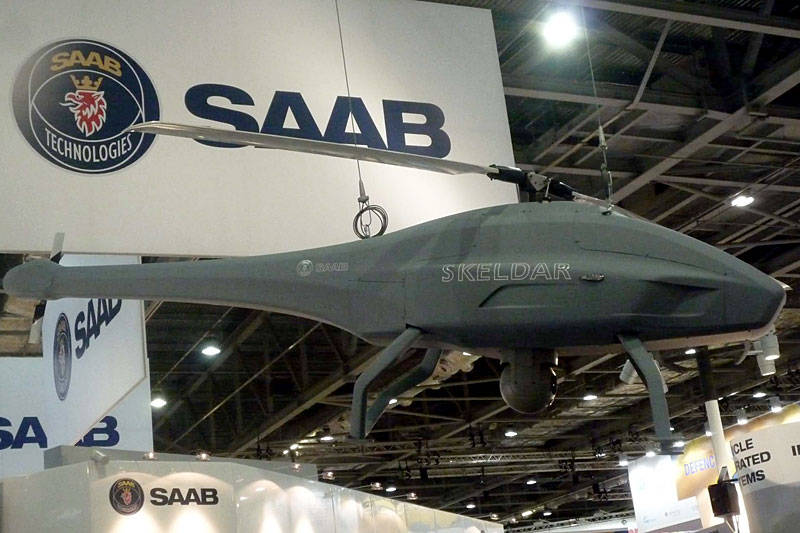 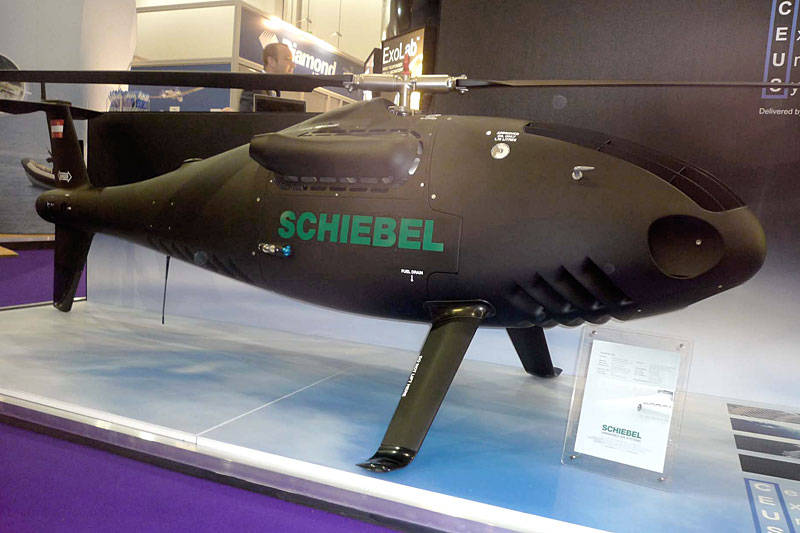 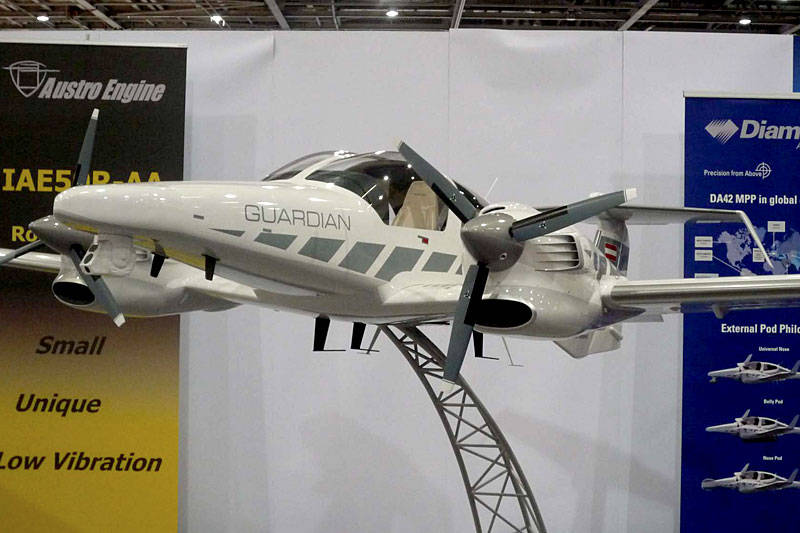 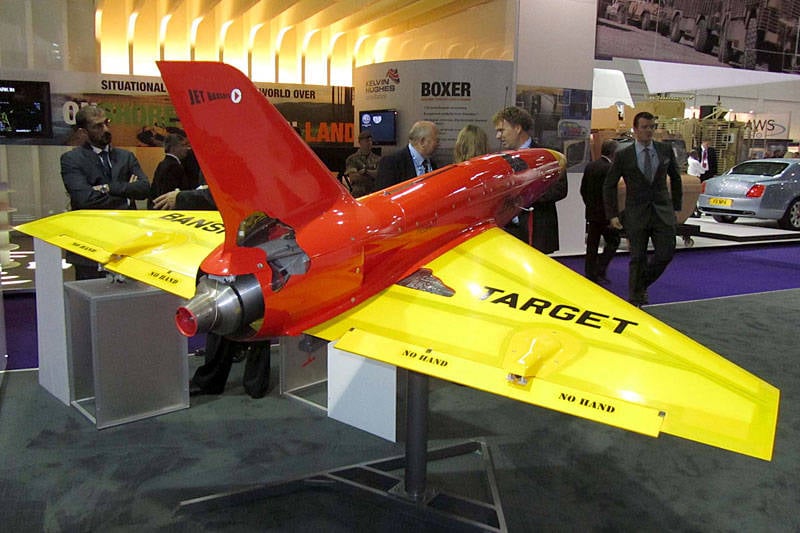 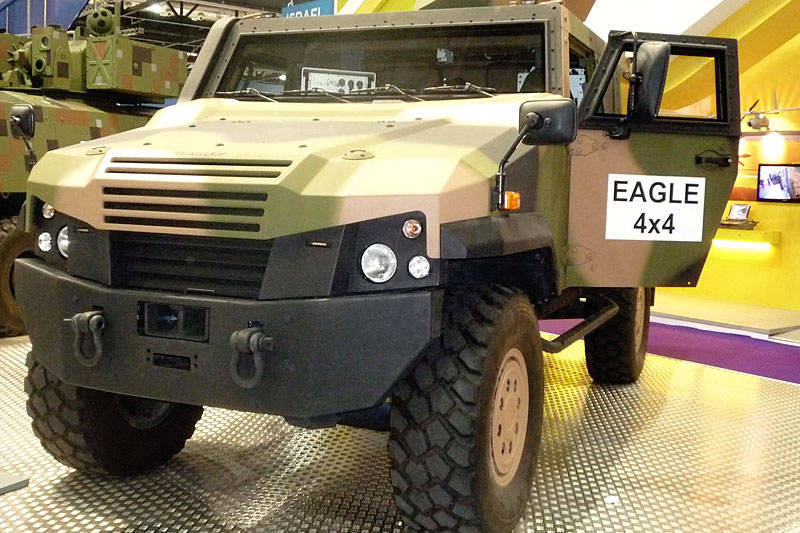 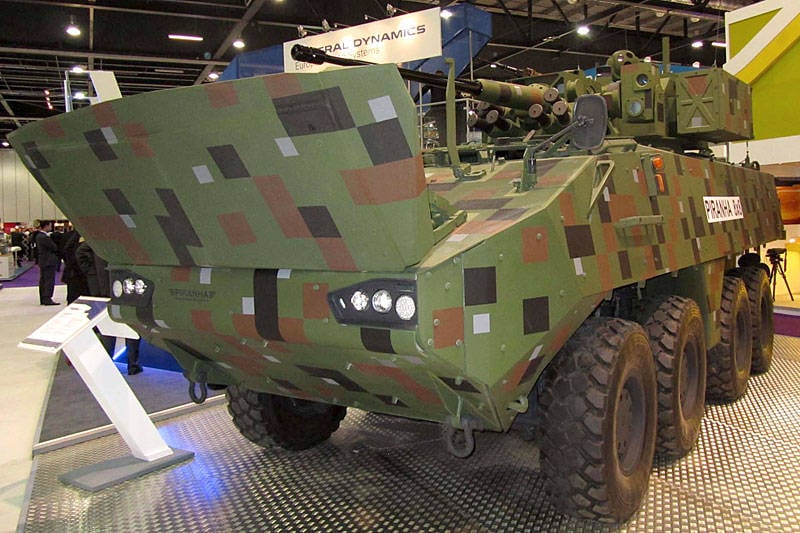 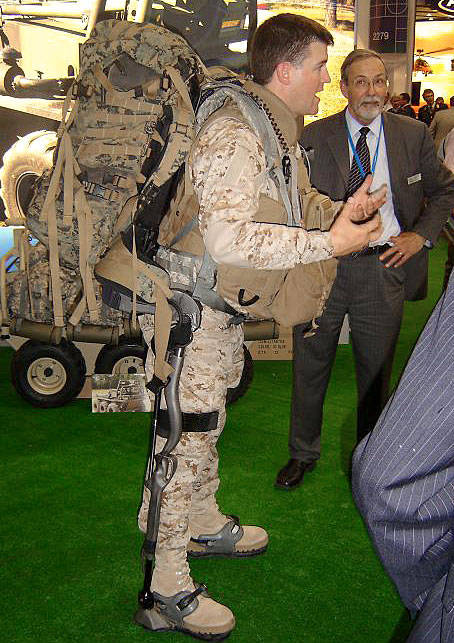