Lithuanian Cognitive Dissonance: Slave Psychology Is, Spartak Is Not

March 21 2015
95
19 March will enter the newest history Lithuania is a day when Lithuanian parliamentarians, on the initiative of the country's Ministry of Defense and President Dalia Grybauskaite, returned the call in the army. The beginning of the first draft campaign after the adoption of the relevant decision by the Parliament is scheduled for September 2015. The call will get Lithuanian citizens (men) aged from 19 to 26 years. The parliamentarians decided to reduce their tenure to 9 months. 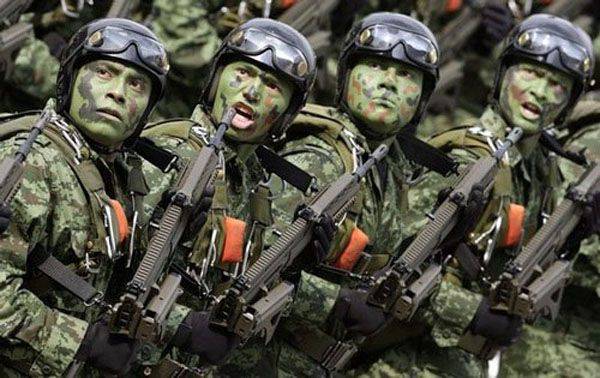 The extreme draft campaign in Lithuania was held 7 years ago, after which Vilnius publicly stated that, supposedly, since we became members of NATO, then why do we need draftees? “Everything will be provided by our immensely professional contract contractors, and in the event of any military threat, the full power of the North Atlantic Alliance will come to the rescue.”

In NATO, for several years, they watched Lithuania reduce defense spending and the size of its armed forces. And after all, some people didn’t like such a Lithuanian tactic ... By 2014, it turned out that Lithuania is among the “outsiders” of the military bloc in terms of military expenditures. For obvious reasons, like this, the Lithuanians cannot be taken to say that their policies do not allow NATO “bison” (well, or sharks) to earn the desired amount of money from the sale of the same Lithuania written off or close to writing off military junk, Washington could not. And therefore, the proven NATO strategy went into action - the strategy of inculcated fear, when Lithuania and its Baltic neighbors were clearly explained that, you say, you are trying to reduce military expenditures, and Russia is increasing its military power, preparing for “expansion”, “aggression”, “ annexation ”and many more terrible words ... For those who believed in the possibility of“ Russian aggression ”refused, they included the“ reinforced concrete ”argument:“ Crimea! ”Like, what do you, Lithuania, still need proof that you (well, or your neighbors) will be "next."
And Lithuania, it should be noted, not without the help of the “Komsomol enthusiasm” of the “red” Dali, literally rushed to satisfy the demands of the puppeteers from the top of the alliance - “old-timers”. Urgently decided that the country badly needed NATO rapid reaction forces, urgently announced the desire to purchase American and European military equipment. In addition, they signed, where Washington asked, documents on the deployment of the "air patrol", NATO armored vehicles. And, as the apogee, the return of a conscript.

The main reason for the resumption of conscription in Lithuania is as follows: “the threat of an attack by the Russian Federation”. At the same time, it is not entirely clear whether the “Russian threat” is seen by the Lithuanians not as terrible as it was described by Western puppeteers, or there is no place to look for internal reserves, as many moved to Britain, Ireland or Norway in search of a better life and normal work; In general, the voiced volume of the call - 3-3,5 thousands of people.

Lithuanian Minister of Defense Juozas Olekas:
At the moment, the equipment of the Lithuanian army is insufficient, it is not possible to patch the holes with professional military men. You all know about events in Ukraine.

From this statement it can be concluded that either Olekas is not in himself, or the Minister has no relation to the resumption of the draft campaign. After all, without creating a full-fledged (albeit small) professional army in 7 for years, it is not clear how Lithuania is going to “resist aggression” by typing 3 thousands of young people who read something about conscription service only in Facebook archives ... I would like to ask Mr. Olekas question, what strategy he, as the Minister, determines for such a "substantial replenishment"? How 3 thousands of "9-month" recruits, he is going to use in the case of a real war, which intimidated themselves in Lithuania so inadequate, judging the situation in the world exclusively from "democratised" sources? Even if Mr. Olekas read “Military Review” and familiarized himself with the questions, I think he would not have found a reasonable answer to them. After all, it must be assumed, somewhere in the depths of the soul, Olekas understands that Lithuania is bred as one of the three Baltic, I'm sorry, suckers, forcing them to invest borrowed funds in the form of loans from EU banks in a miserable kind of defense industry ...

The volume of public debt is growing, Lithuania is turning into a powerless economic, political and military slave of NATO. And how did they usually deal with slaves who, in principle, know a lot about their master? “They were exploited until the last useful calorie, or they were launched into the arena for gladiatorial battles (if we talk about the ancient era) for the fun of the“ respectable public ”. The public, as it is known, demands not only bread, but also shows. And Lithuania in this case is one of those options when it can only expect spectacles from it - even modest, but still capable of bringing some kind of income to the organizers and distracting the European Union crowd from what is already “bread” (with economy) in The European Union is not doing well.

And the present-day Lithuania is hardly the state in which its leader Spartak can appear ...