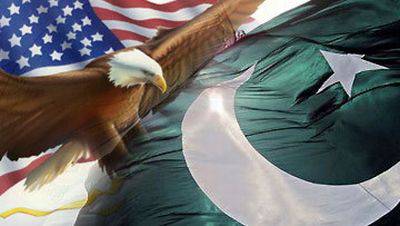 Member of the United States Senate Committee on the Armed Forces, Republican Lindsay Graham, made a statement that the US need to consider the possibility of starting a war against the Islamic Republic of Pakistan, if Islamabad continues to support terrorist organizations.


According to the senator, the Islamic Republic was involved in hostile actions against the United States and its ally Afghanistan, and this must be stopped. "They kill American soldiers." Therefore, if Pakistan continues to support Islamic terrorism as part of its national strategy, the United States will have to consider all possible options, including military action. September 25 reported by the Associated Press.

At the same time, it is said that Lindsay Graham does not call for war with Islamabad, but believes that, among other options, this one should be considered. The US senator said that if experts conclude that the United States needs to respond more harshly, then decisive actions by the White House will find full support in Congress, both among Republicans and Democrats.

Such a tough position is caused by the fact that lately Washington and Islamabad have already disagreed several times. In the summer, there were even rumors about the US readiness to conduct a military operation against Pakistan, but this was prevented by China’s firm position.

And on September 22, Washington announced the involvement of the Islamic Republic of terrorists. Michael Mullen, Chairman of the United States Joint Chiefs of Staff, speaking before the Senate Committee on Armed Forces, made a statement that the security services of Pakistan are actively cooperating with the so-called “Haqqani network” - an extremist group in the Taliban.

It was on the “Haqqani network” that the Americans laid the blame for the attack on the US embassy in Kabul on 13 in September, when a small militant detachment held the unfinished high-rise building for almost a day, and from it the Taliban fired at nearby buildings. In addition to the US embassy, ​​the NATO headquarters has come under attack. According to the BBC, then 25 people died. The same organization is responsible for blasting the truck, which was filled with explosives. This September 10 attack took place at a checkpoint in Wardak province, when 5 Afghans were killed and 77 American soldiers were injured.

Islamabad confirmed the existence of contacts with the “Haqqani network”, but the prosecution considers it unfair, as any intelligence intelligence service, and the Pakistani ISI is not an exception, seeks to maintain contacts with opposition groups, even terrorist organizations, “to achieve positive results.” In addition, the official representative of the Pakistani secret service, Athar Abbas, in a telephone interview with a CNN reporter, said that the Islamic Republic is not the only state that keeps in touch with the Haqqani network.

It should be noted that recent events - especially the assassination of the ex-president Burhanuddin Rabbani of Afghanistan, have caused a great resonance in Afghan society and set many Afghans against Pakistan. Thus, the former speaker of the Upper House of Parliament Sebhatulla Mujadidi said that foreigners, Pakistan and ISI were involved in the murder. According to him, "ISI is the cause of all disasters and instability in Afghanistan." And the deputy press secretary of the Afghan president, Seyamak Heravi, reported the official version of Kabul that practically all the high-profile killings of officials in Afghanistan that occurred in the past six months were prepared with the participation of "certain circles" in the Pakistani state.

We are in Yandex Zen
Situational analysis of the death of the MH17 flight (Malaysian Boeing 777), made on the basis of engineering analysis from 15.08.2014
Pakistan can support Iran in confrontation with the West
17 comments
Information
Dear reader, to leave comments on the publication, you must to register.