NATO missile defense has no chance to counter Russian counterattack

March 18 2015
98
In the course of a surprise check, the RF Armed Forces are transferring Iskander missile systems to the Kaliningrad Region. Poland is preparing to host a missile defense system. “Bad for NATO news lies in the fact that in this situation it cannot oppose anything to the Russian counterattack, ”the newspaper writes Look. 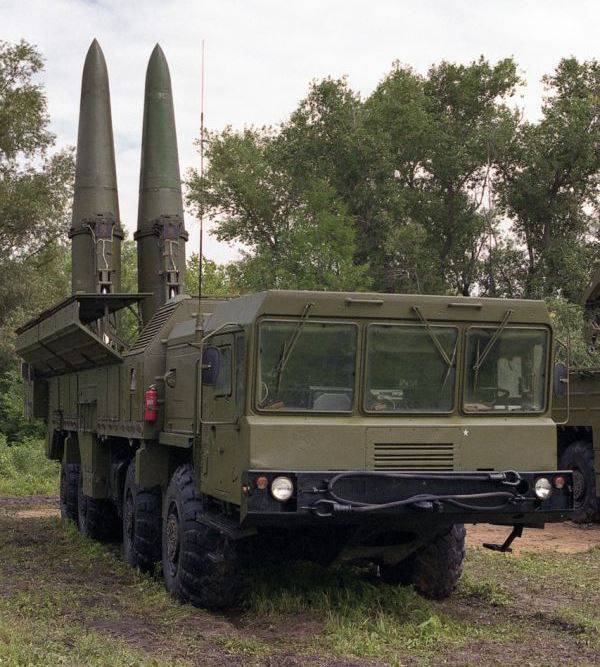 The fact that missile defense systems will appear on Polish territory has long been known, even before the Ukrainian crisis. NATO, in any, did not want to resolve this issue by diplomatic means.

Russia's decision to deploy the Iskanders-M in the Kaliningrad region did not arise either today. Moscow did not hide the fact that Iskander was a response to the deployment of American systems in northern Poland.

"Iskander" is the "ideal killer" of precisely such systems that the US and NATO are trying to locate in the new theater of military operations (TVD), which they invented in real time. That the American "Patriots", that French counterparts competing with them are not able to repel the attack on themselves by medium-range cruise missiles themselves. The Iskander location in the Kaliningrad region turns the widely advertised NATO missile defense system into another target, ”the newspaper writes.

And if the United States does not have reserves of missile defense and air defense systems, then Russia, for the first time in its latest history "Accumulated" high-precision "Iskander" on 2 or 3 TVD.

“In this context, it’s worth looking at some details of the sudden training check that is currently under way in parts of the Western District, the Northern and Baltic Fleets, the Airborne Forces and the special forces: Ivanovo paratroopers are practicing airborne landing in the Pechenga area (that is, on the Norwegian border), the Arctic brigade occupies Franz’s land Joseph, the Northern Fleet frees the so-called Gorshkov road - a corridor of advancement to the North Atlantic from the Barents Sea between the coasts of Norway and Iceland, and the distant aviation eyeing Norway, Iceland and the UK, ”the publication notes.

This scenario of a counterstrike was developed in draft form during the USSR, and still has not lost its relevance.

“If in brief, it is assumed that in a clash in Europe, Russia and NATO, the main thing is a matter of time: how quickly can (if they can) reinforcements from Europe arrive in North America (the USA and Canada). The only way to deliver very large masses of manpower and equipment was and will remain for a long time naval convoys. To stop the convoys, Russia must control the North Atlantic area. And this is achievable by conducting a comprehensive landing operation in northern Norway with the seizure of NATO airfields, of which there are a lot, including the key one - Icelandic Keflavik, ”the newspaper writes.

Control over Keflavik will provide the Russian Air Force with control over the entire Atlantic to the Azores, which are the extreme southern point of the proposed convoy.

“Thus, the issue of the destruction of such convoys becomes purely technical. You can forget about the northern route altogether, the transfer of Russian special forces and the Air Force to northern Norway and Iceland will upset the entire balance of power in the European theater of operations in general, ”the article's author is sure.

In the same scenario, events can develop after the opening of airspace over the Baltic and Scandinavia, that is, after the destruction of airfields and their cover by Iskander, stationed in the Kaliningrad region and on the border with Estonia.

“This scenario is also afraid of NATO, when it focuses so much on the long-announced idea of ​​the redeployment of Iskander. The North Atlantic alliance does not have a mobile defense system, for many years its military-strategic thought was either idle at all or focused on the shooting of a foreign country with Tomahawks without any resistance from the enemy, ”the newspaper said.

That is why the placement of Iskander (even if temporary, as part of an exercise) near Kaliningrad attracted such close attention of Western experts. And it followed almost immediately after the withdrawal of the RF from the CFE Treaty, which formally influenced the decompositions considered by the author.