Tamuz is a new Israeli super-weapon

26 September 2011
9
After a serious aggravation of the situation in Palestine, the Israeli army decides to strengthen its border strength. This happens not only due to an increase in the number of what is called manpower, but also on the basis of the introduction of the newest weapons. One of these types of weapons was the Tamuz rocket. The Israeli military called this rocket a real "smart" machine, which is designed to give an adequate response to the enemy. What are the main advantages of the innovative Israeli super-weapon?


The fact is that the development of "Tamuz" was carried out for several years. During this time, the main problem of rocket technology was solved - the accuracy of hitting targets located on the enemy’s territory. The solution to this kind of problem resulted in the following configuration: the Israeli rocket now has its own “eye”, which is a video camera that transmits a picture of the battlefield to the gunner operator. Using a small joystick, as in a computer game, the operator adjusts the course of the rocket, sending radio signals to Tamuz. As a result, the accuracy of the rocket is simply amazing: it can fall into a small coin from a distance of 25 kilometers! 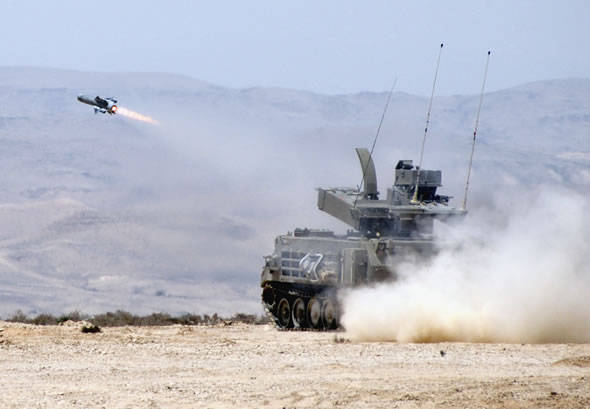 The new Israeli rocket will be launched from platforms located on armored personnel carriers. This will provide greater mobility and will allow covering a large area of ​​the enemy’s territory with rocket attacks.

The appearance of "Tamuz" greatly disturbed not only the residents of the Gaza Strip, but also the states bordering on Israel. So in Syria, which is already experiencing hard times, they fear Israeli strikes on the country's territory.

“Tamuz” can be called the response of the Israeli authorities to how Turkey decided to rally Muslim countries against Israel. Now, at every convenient opportunity, the Israelis will be able to deliver pinpoint strikes at the location of the Hamas and Hezbollah units, which constantly shower Israeli settlements with uncontrolled Qassams.

Representatives of the Ministry of Defense of the State of Israel declare that many of those countries with which their state borders are extremely aggressive towards Tel Aviv. If earlier the troops of the same Syria could conduct systematic and open hostilities against Israel, today, more and more, hostilities take on an irregular appearance. In other words, the Israeli army is forced to be in a state of constant combat readiness due to aperiodic attacks by terrorist groups from both Gaza and the territory of other states.
After the Turkish prime minister openly called on the Arab states of the Middle East to confront Israel and support the independence of Palestine, Israel was practically one-on-one with a multifaceted enemy. Such words today are most audible in the Knesset and other power structures of the Israeli state. 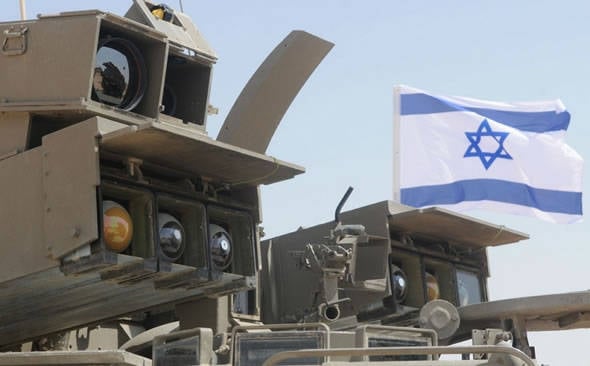 It turns out that today Israel is fully aware that it may have to confront its opponents on several fronts at once. This is confirmed by the fact that the attacks on Israel have recently become frequent again and often constitute massive acts of aggression. Thus, the southern Israeli city of Eilat and some northern settlements were attacked almost simultaneously at the same time. This state of affairs may be dictated by the fact that attacks on Israel are coordinated from a single center. Such a center in the light of recent events may well be Turkey, which, for obvious reasons, will not disclose its cards.

We are in Yandex Zen
Strategic cruise missile North American SM-64 Navaho (USA)
Missile attack on Europe: myth or reality?
9 comments
Information
Dear reader, to leave comments on the publication, you must to register.