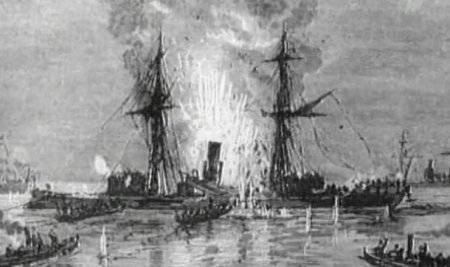 On March 31, 1904, on the outer roadstead of Port Arthur, the flagship of the Russian Pacific Ocean exploded and sank. fleet battleship "Petropavlovsk". This sea tragedy became the prologue to the crushing defeat of Russia in the war with Japan in 1904-1905, because among the seven hundred dead sailors was the fleet commander, Vice Admiral Stepan Osipovich Makarov. It was with him that Emperor Nicholas II and all Russian public opinion pinned their hopes for the implementation of a strategic plan that would make it possible to win the war in the Far East.

It is clear that the death of the Russian admiral was beneficial to the enemy. But was it the result of a deliberate sabotage Japanese intelligence or a successful attack by a Japanese submarine? Or maybe the death of Makarov was the final chord in a series of ridiculous accidents and mistakes? It cannot be ruled out that Admiral Makarov became a hostage to the mine war tactics that he himself had incorrectly chosen - all these versions and assumptions will become the subject of research in our program.

The Searchers will try to prove that on March 31st, 1904, Japanese intelligence carried out an unprecedented operation. In the military stories there have not yet been examples when the commander of the enemy army won the battle and the whole war not on the battlefield, but with the help of a secret weapons... Which one exactly? You will find out about this by watching our new program.